Two days before the NHL season shut down on March 12, because of the coronavirus pandemic, Chris Kreider skated for the first time since suffering a broken foot just 10 days earlier. He admitted Tuesday he might have been a little aggressive at the time in trying to rush back to the lineup.

“Yeah, I think I might have been pushing a little more than I should have to come back a little bit earlier than I should have,’’ Kreider said after the Rangers practiced for the second time since training camp reopened Monday for the 2019-20 restart. “It certainly didn't feel good putting the boot on for the first few minutes when I was first getting on the ice. But it started to calm down a little bit once I got out on the ice.’’

The shutdown forced Kreider to take a step back, and now he’s fully healthy, he said. 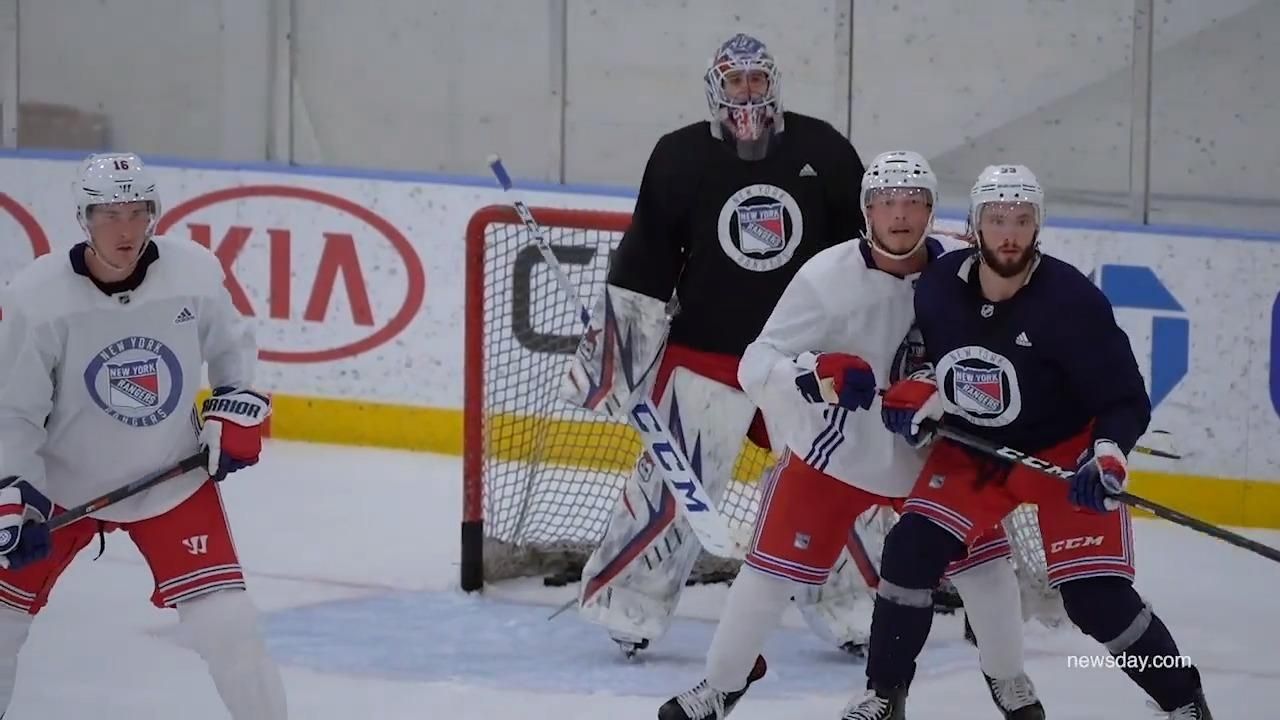 Kreider, Quinn on returning to play after long break Rangers forward Chris Kreider and head coach David Quinn spoke on Tuesday about returning to action after not having played since March because of the COVID-19 pandemic. Credit: Newsday

Kreider, who signed a contract extension with the team on Feb. 24, suffered a broken left foot blocking a shot in Philadelphia on Feb. 28.

Ds Libor Hajek and K’Andre Miller, who are working with the taxi squad, joined the NHL group to take part in the scrimmage. Coach David Quinn said the pair didn’t stand out, but “didn’t look out of place,’’ either.

Miller, the 2018 first-round pick who signed his first professional contract with the team in March, is not eligible to play in the restart this season. But Hajek, who started the season with the Rangers before being sent down to AHL Hartford in January, could.

“Hajek was certainly going in the right direction as the season came to an end,’’ Quinn said. “We were getting good reports on him. Libor's a real good player. He's gonna have a great future in this organization.’’ … The NHL will announce the finalists for the Calder Trophy (Rookie of the Year) on Wednesday. D Adam Fox is expected to be a finalist.

Jacob deGrom says he's ready to go Monday
Francisco Lindor powers Mets to win over Nationals in DH opener
Hobbled Nets believe in KD and their homecourt advantage
Nelson's line could be key to series with Lightning
Glauber: Lesson learned — Christopher Johnson confident he has Jets in good hands
Kemp's three-run homer off Peralta dooms Yanks in loss to A's
Didn’t find what you were looking for?