Rangers defenseman Kevin Shattenkirk skates with the puck during a game against the Penguins at Madison Square Garden on Tuesday, Oct. 17, 2017. Credit: Kathleen Malone-Van Dyke

Seven games into his transition to the Rangers, Kevin Shattenkirk and his coach believe the defenseman is making strides.

“First four games, I was just playing too tentative,” Shattenkirk said Wednesday. “It had nothing to do with my partners or chemistry, it was a matter of me watching the game more than playing the game. You tend to start playing in your mind, how you need to be in the system and structure. Now I feel like I’m just playing and I’m in the right spots, the last two games have been much better.

“I like the way Marc [Staal] and I have been playing lately, I feel like we’ve been getting pucks out quickly and eliminating a lot chances early. Now I’m being pushed by the coaches, knowing that I’m with Marc, to get up more in the play.”

With two goals and four assists, Shattenkirk, who signed with the Blueshirts in July, is living up to the hype offensively, but wants to improve on both sides of the puck. 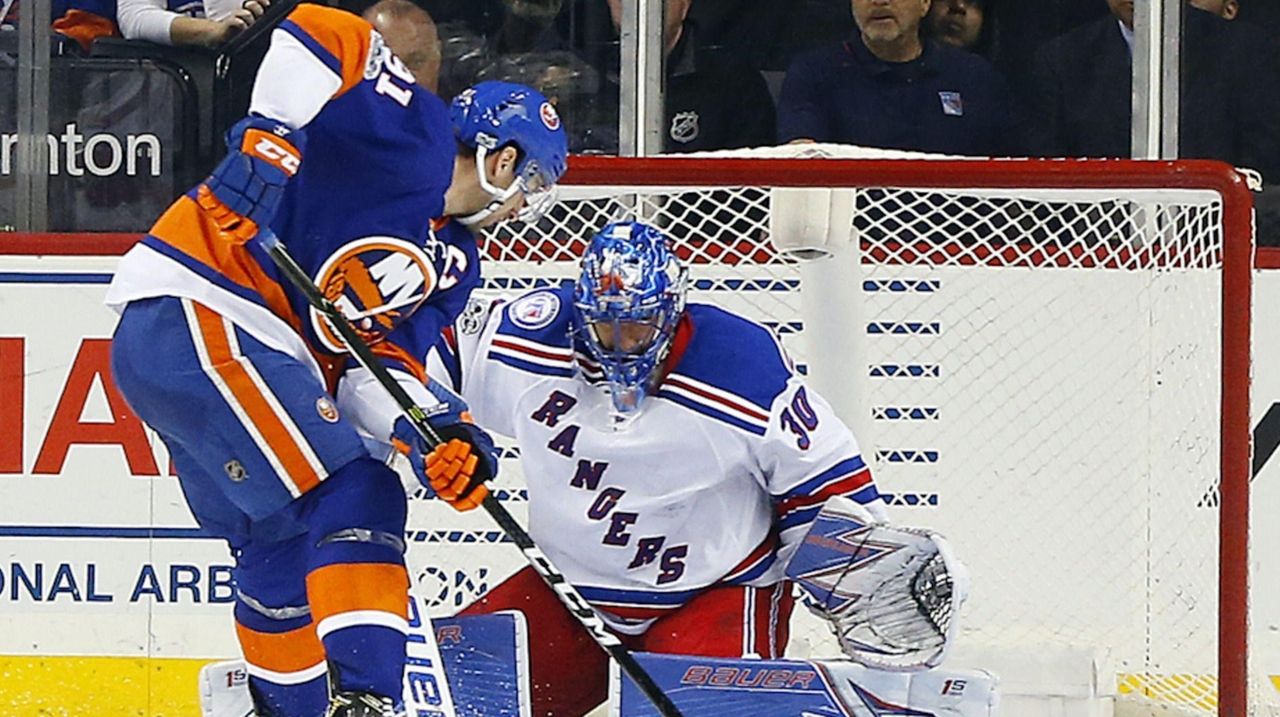 “He’s putting a lot of pressure on himself, he’s a very proud individual,” said coach Alain Vigneault. “He analyzes his game the right way and he’s very demanding of himself. There’s an adjustment period for any player on a new team. He’s gone from 50 percent of understanding what we’re looking at, to closing in on 90. His game is better with and without the puck. I want him to continue to be demanding and put pressure on himself. He wants this team to succeed and that’s what I want, I want guys to be accountable.”

Shattenkirk said that “mistakes are going to happen defensively. Our ability to recover is important.” No one recovered, however, on the tying goal with 56 seconds to play on Tuesday, when Shattenkirk, in a reflex action, touched a puck off a hand pass toward Sidney Crosby, which allowed play to continue. Crosby banked a shot off Henrik Lundqvist and in, and the Penguins went on to win, 5-4, in overtime.

“I thought that [Marc] got a touch on it, which is why, as I went to Crosby and I see him on the goal line, I just go stick on puck, that’s just a natural thing to do as a defenseman,”Shattenkirk said. “He makes a very smart play. I realize what he’s doing leaving it, but it’s a little too late. From that moment on, it’s just a tough break. When things are going well, it goes on Kevin Hayes’ stick and we’re out of the zone.”

Shattenkirk, who has a point in six of his last seven games against the Islanders is ready for the rivalry. “It’s something I watched as a kid and remember how intense it was,” said Shattenkirk, a New Rochelle native. “It’s a good chance for us to forget [Tuesday], and playing in an environment that’s going to be intense and very physical, it should wake us up.”

Notes & quotes: Ryan McDonagh, who had a maintenance day and didn’t practice, will skate Thursday morning with the spares, but Vigneault said he “should” be OK to play.

Lennon: Kelenic saga brings back memories of Kazmir
Rieber: Lindor, Mets suffer through trying episode of Chopped
Mets' Davis to go on rehab stint in minors
Julius Randle, Knicks grind out overtime win against Hornets
Varlamov looks good to go in goal for Isles ahead of Game 1
Mets' Lucchesi, Barnes, Familia routed by Rays
Didn’t find what you were looking for?