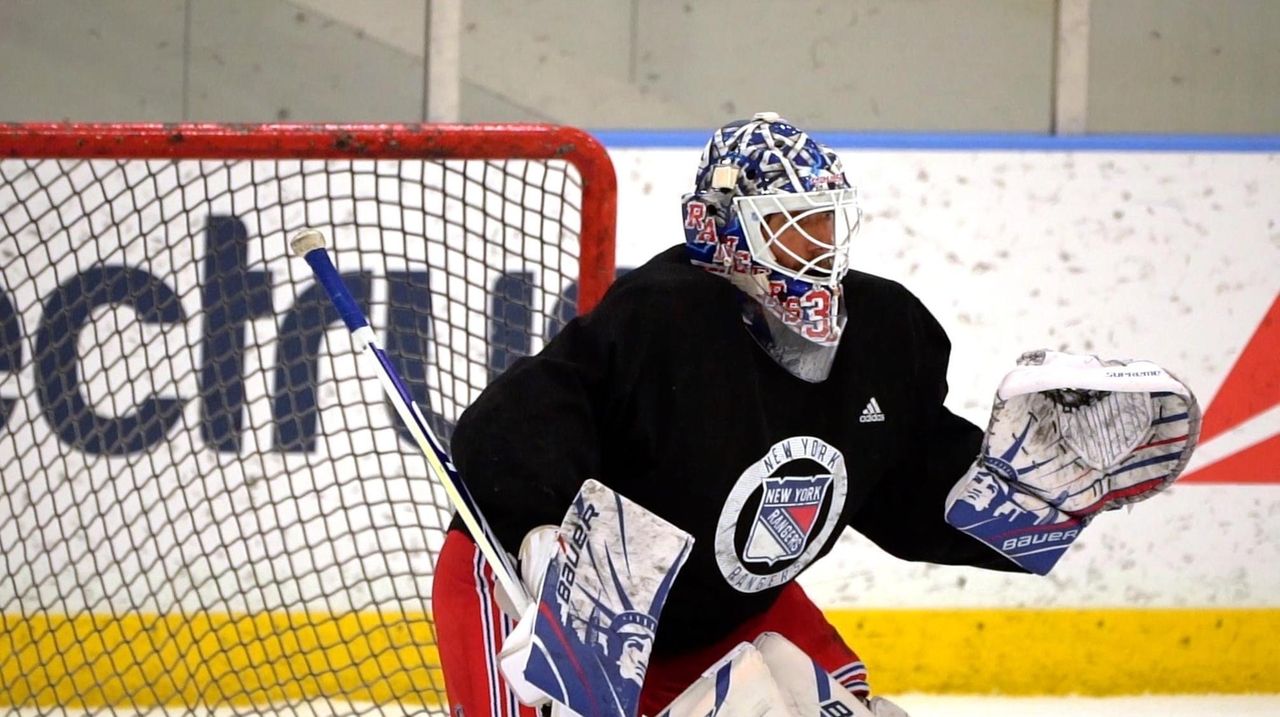 The NHL returned to action on Monday and all 22 Rangers who were present when the NHL paused in March were present at the team's Greenburgh, N.Y., practice facility, in preparation for the NHL’s Aug. 1 restart that will see 24 teams battle for the Stanley Cup. Here is Newsday's Colin Stephenson with the story. Credit: Newsday / Colin Stephenson; NY Rangers

GREENBURGH, N.Y. — The Rangers are in it to win it, says Mika Zibanejad.

As he and his teammates began training camp Monday in preparation for the NHL’s Aug. 1 restart, in which 24 teams will battle for the Stanley Cup, Zibanejad made it clear that the Rangers are not just happy to be back to work. They are coming back with a purpose.

“Win the whole thing,’’ he said, meaning the Stanley Cup. “We’re not here just to participate and just be another team. We want to win. We’re here to win. Obviously, we’ll take it game by game and series by series, but we’re here to win.’’

All 22 players who were on the roster when the NHL halted play because of the coronavirus on March 12 were present and accounted for and skating in the first group when the Rangers began Phase 3 of the league’s return- to-play format with the opening of Training Camp II. A second group, consisting of nine players from AHL Hartford and recently signed 2018 first-round draft pick K’Andre Miller, skated later. Miller, per the new CBA, is not eligible to play in the restart.

Coach David Quinn said the makeup of the two groups was by design, to reflect that the Rangers are not starting from Square One.

“Yeah, this isn’t training camp,’’ he said. “We are picking up where we left off and I want that to be crystal-clear to everybody here. This is not training camp. We are trying to win a Stanley Cup. We really liked our team when this whole thing ended.

When the league stopped play, the Rangers — after a 3-2 overtime loss to the Colorado Avalanche in Denver on March 11 — were two points out of a playoff spot with 12 games to play.

“As I’ve always said, there’s a fine line between having swagger and being arrogant. Our guys certainly weren’t arrogant to the point we thought we could just show up and win. I think we felt like if we showed up and did A, B and C, we had a good chance to win the hockey game.’’

In the league’s return-to-play plan, the top 12 teams in the Eastern and Western conferences will go to one of two hub cities (the Eastern teams are headed to Toronto and the Western teams will go to Edmonton). The top four teams in each conference will play a round-robin to determine the order of seeding and seeds 5 through 12 will match up in a best-of-five play-in series to advance to the 16-team playoffs.

The Rangers, seeded No. 11 in the Eastern Conference, will face the sixth-seeded Carolina Hurricanes, against whom they won all four regular-season games in 2019-20.