The backstretch at every racetrack is a little city walled in from the outside world. Everybody knows almost everybody else, and the routine never varies, whether it’s the Fourth of July or Christmas Day. The information source is the Daily Racing Form, and breaking news isn’t what’s on CNN, it’s a fast workout by a 2-year-old that morning.

Alliances shift constantly, often every half-hour, with no hard feelings. It’s business, not personal. If Jose Ortiz rides for trainer Chad Brown in one race and for Todd Pletcher in the next, the assignments can be reversed for his brother, Irad.

Besides the Triple Crown bid by undefeated Justify, Saturday’s 150th Belmont Stakes features a complex interplay among some of the world’s top owners, breeders and trainers.

Elliott Walden, a 55-year-old Kentuckian, is in the middle of it all. The soft-spoken, 6-5 redhead is the CEO and president of WinStar Farm, which co-owns Justify and longshot Noble Indy. Twenty years ago, Walden trained Victory Gallop, who denied Real Quiet the Triple Crown by a nose in the most brutal beat in racing history. The fall guy that day was 2015 Triple Crown winner Bob Baffert, who trains Justify. 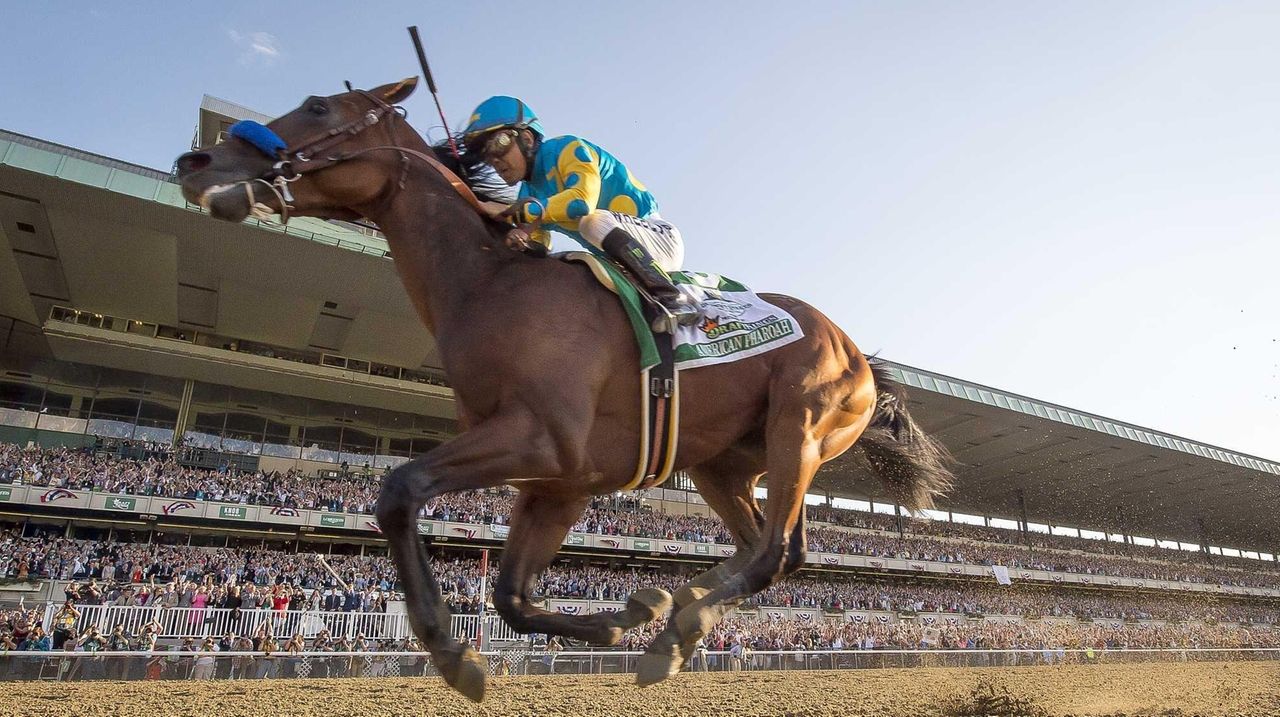 Minutes after this year’s Derby, Baffert said, “Elliott sent me this horse. Elliott cost me a Triple Crown. So you are off the hook, Elliott.”

Walden shot back: “You cost me that Derby.”

That’s the most intriguing intersection of history and personalities in this Belmont, but there are many others involving WinStar. In 2010, Pletcher gave the 10-year-old farm its first Derby winner, Super Saver. He’ll try to knock off Justify with Vino Rosso and Noble Indy.

WinStar also made its Belmont breakthrough in 2010 with Drosselmeyer, trained by Bill Mott, and two years ago, WinStar picked up its second Belmont. Five days before the race, Walden switched Gettysburg from Pletcher’s barn to Steve Asmussen’s to be a rabbit for deep closer Creator. Destin sat second behind Gettysburg for 1¼ miles before going past him. If Gettysburg hadn’t been entered, Destin might have led all the way. Instead, he lost to Creator by a nose.

Like Pletcher, a three-time Belmont winner, Mott, with Hofburg, and Asmussen, with Tenfold, will try to spoil Justify’s dream.

“That’s the great thing about the horse business,” Walden said. “It’s a close-knit family. You’re trying to compete against each other, trying to win. But you also have relationships with people, so that even when you don’t win, you feel OK about it.

“The backside is a close place. It’s all connected.”

WinStar hooked up with China Horse Club, a partnership of about 200 multimillionaire Chinese that in only five years has made a major impact. It’s one of Justify’s four owners, and on Saturday jockey Mike Smith will wear its silks – red jacket and cap with gold stars, like China’s flag – after carrying WinStar’s white and green colors in the Derby and Preakness.

Malaysian billionaire Teo Ah Khing is the club’s founder and chairman. Sixteen members accompanied him to the Derby and were among hundreds at the trophy presentation.

“The winner’s circles have been interesting,” Baffert told WFAN’s Mike Francesa after the Preakness. “I don’t know a lot of the people. I’ll ask somebody, ‘Are they with you?’ ‘’

So not everybody in racing is acquainted with everybody else. They just haven’t been introduced yet.