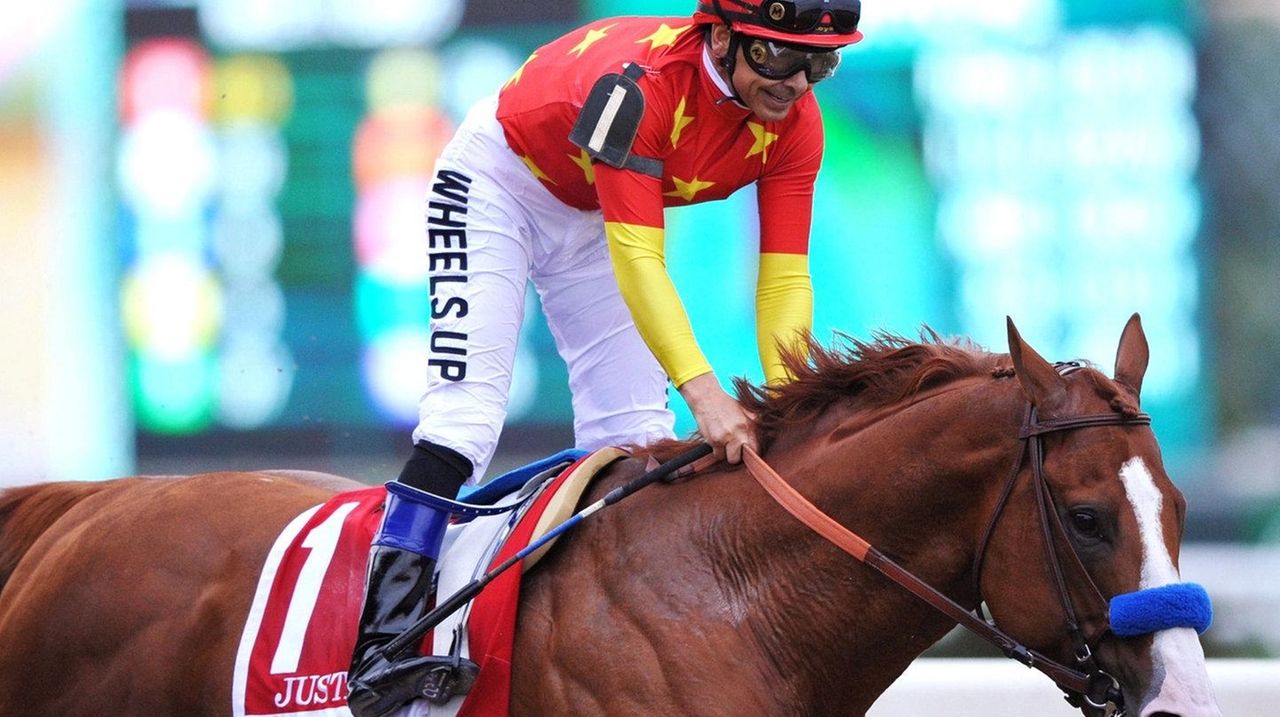 Justify, ridden by jockey Mike Smith, crosses the finish line to claim the Triple Crown after the 150th running of the Belmont Stakes on Saturday.

What makes life worthwhile are its peak experiences, those rare, glorious moments when you rise above the drudgery, the aggravation and the heartbreak. They can come from an old, sweet song, from a favorite movie, or from a magnificent orange thoroughbred who does things that were considered impossible.

Until Feb. 18, Justify had never even been in a race, and now he’s immortal. In only 111 days, he went 6-for-6 while overcoming as much history as he made. His Belmont Stakes triumph Saturday made him the 13th winner of racing’s most coveted trophy. Our superficial age loves to proclaim that whatever just happened is the best ever. In Justify’s case, the facts make it clear he’s among the top 3-year-olds in the sport’s 350-year history. 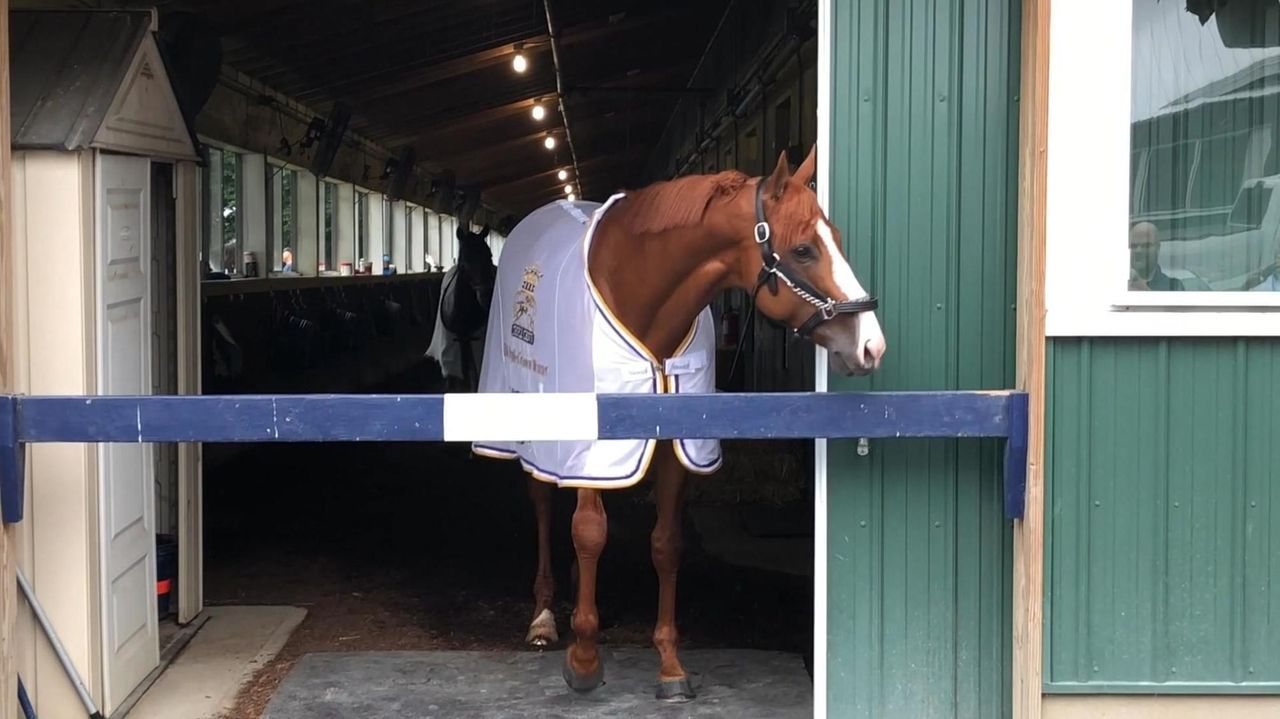 Before Saturday, only Slew had swept with a perfect record (9-for-9). Before Justify, it hadn’t been done by a horse who didn’t run at 2 and made only six starts in such a short time.

Justify beat more Belmont opponents (nine) and more in the series (35) than any other Triple Crown hero. He reversed The Curse of Apollo, who in 1882 had been the last Derby winner who hadn’t raced at 2. In the Derby and Preakness, Justify overcame speed duels that would have cracked most horses. Eight of his overmatched Belmont opponents had more rest, and he wore them out.

“Opinions die, but facts live forever, and that’s what the Triple Crown is all about,” Baffert said. “He’s in a private, special club and established himself as one of the greats. We thought he was that kind of horse, but he had to prove it, and he did.

“On Saturday, I couldn’t believe how he walked into the paddock. All the other horses looked skittish, and Justify looked like King Kong.”

The Triple Crown banner was unfurled at 9:30 a.m. in Belmont Park’s clubhouse. It featured the China Horse Club’s red and yellow silks that Mike Smith wore Saturday. In the Derby, Smith was in the white and green of WinStar Farm, the other major shareholder in racing’s young king.

Justify will return to Churchill Downs on Monday for a well-deserved rest. Baffert, WinStar CEO and president Elliott Walden and China Horse Club chairman Teo Ah Khing said they intend to keep racing him. Possible objectives are the Haskell on July 29 at Monmouth Park and/or the Aug. 25 Travers at Saratoga.

“We’ll see how much of a toll it’s taken, and then sit down with Elliott,’’ Baffert said. “We really have no game plan at all.”

Baffert’s second Triple Crown in four years added to a legacy that guarantees an exalted place in history. He said it’s about his horses, not him.

“To me, the Triple Crown is all about the horse getting his name on that banner up there,” he said. “It’s about the fans enjoying this horse with me. American Pharoah made so many people feel good, and on Saturday I’m sure there were millions of them yelling at their TVs and cheering.”

Justify wins Belmont Stakes for Triple CrownJustify wins at Belmont Park to become the 13th horse in history to win the Triple Crown. Belmont winner Justify followed script perfectlyJockey Mike Smith and trainer Bob Baffert had a plan. Break quickly, establish early position ... Justify owner Walden sees Baffert as maybe best all timeThe horse was the star of the show, of course, but Justify had all the ...

Youngster Magno already making a difference for NYCFC
The rise of Noah Dobson on the Islanders' defense
Walker on 'tough' demotion: 'I have no choice but to live with it'
Glauber: Judge failing to keep his early promises
Liberty, coach Walt Hopkins part ways
Jets to sign K Eddy Pineiro
Didn’t find what you were looking for?