Jockey Irad Ortiz, Jr with a thumbs up and a victory smile after riding Creator to win the 148th Belmont Stakes at Belmont Park on June 11, 2016. Credit: Newsday / J. Conrad Williams Jr.

When Kentucky Derby winner Always Dreaming began to retreat at the top of Pimlico’s stretch in the Preakness, the mainstream media lost interest in the Belmont Stakes.

No Triple Crown on the line, no buzz, and the Derby and Preakness winners aren’t even running. Now even the pre-race favorite, Classic Empire, is out with a foot abscess. Well, then the race is meaningless, right?

It’s still the Belmont, and if you’re a horseplayer, there’s as much buzz as you can handle. The Belmont Stakes Racing Festival, which starts Thursday, features 16 graded stakes, including nine on Belmont day. There won’t be this much action until Breeders’ Cup weekend in November.

The beauty, power and grace of the thoroughbred are glorious to behold, but the essence of this sport is gambling. When you can bet on competitive stakes with full fields, racing is at its best. When many trophies and much money will be changing hands, it’s always a day to look forward to.

And the best horse running in Elmont on Saturday isn’t even in the Belmont Stakes. Superstar filly Songbird, who is 11-for-12 lifetime, will be heavily favored in the Grade I Ogden Phipps, her first start since losing by a nose to Beholder last November in the Breeders’ Cup Distaff.

Todd Pletcher trains Always Dreaming, and he would have been thrilled to go for a sweep. He’s still fired up for “The Test of the Champion” and Belmont day.

“It’s a good race, it’s a big field, and the card stands on its own,” said Pletcher, a two-time Belmont winner who will saddle long shots Tapwrit and Patch, the one-eyed fan favorite. “There isn’t the buzz that it would have with a Triple Crown at stake. When that’s on the line, it’s not just a great day for racing, it’s a special day for sports. But it’s still a premier race day, and a premier weekend.” 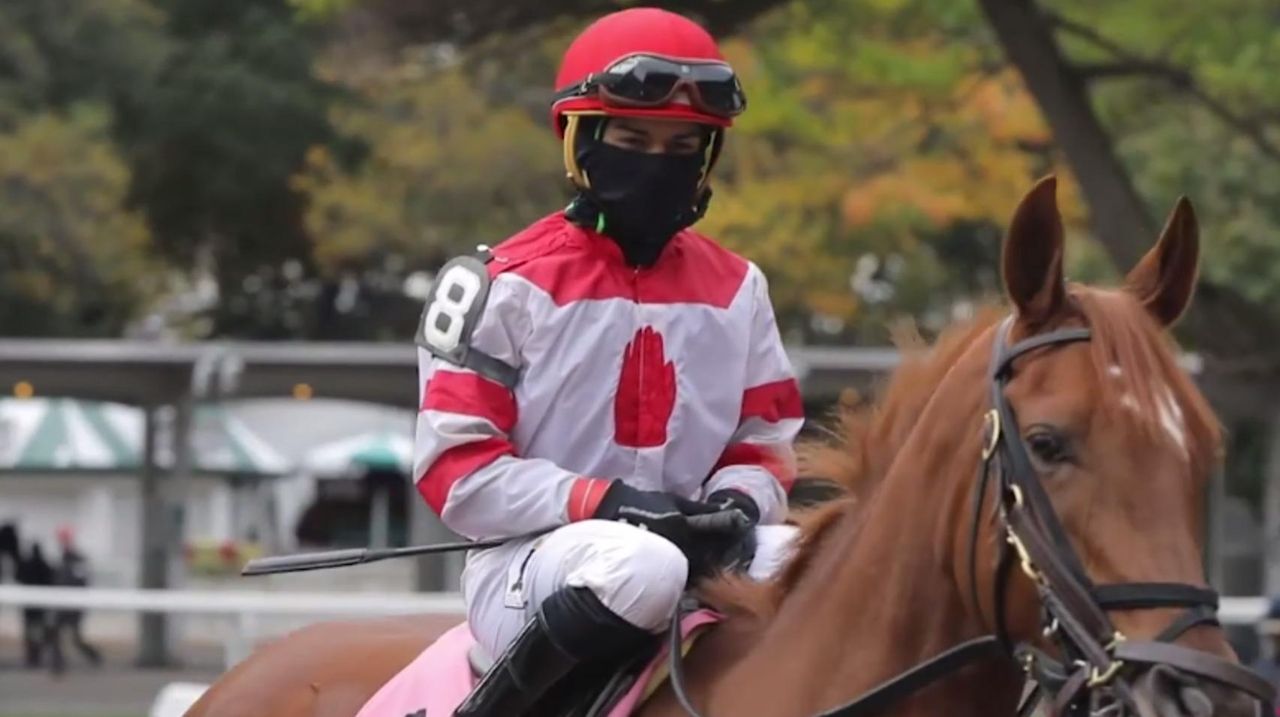 Jockeys talk 'the most dangerous job in sports' Horse racing is one of the most physically demanding sports, for both the athletes and the animals. Jockeys use every muscle in their body and must make split-second decisions while moving at speeds of up to 40 mph. Current and former jockeys shared their desire for the world to realize that, even though they may not be household names, they are on par with any other professional athlete. Credit: Newsday / Chris Ware, Jeffrey Basinger, Robert Cassidy

“I’m a Japanese horseman, and this is the most exciting thing I’ve been able to do,” Hagiwara said through interpreter Soshi Inoue. “I’m very honored to have a horse in the Belmont Stakes. I’m very excited.”

Horse racing is a niche sport that’s a big deal for three afternoons in spring. Except for the Derby, the Preakness and the Belmont, most people aren’t paying attention. For those of us who do, not having the chance to witness history doesn’t ruin Belmont day. That’s a bonus, not a requirement. Starting in 1979, 13 horses won the first two but couldn’t get the third. Something bad always happened, which became depressingly predictable, racing’s version of “Groundhog Day.”

Jockey Victor Espinoza came up short twice during that seemingly endless stretch, with War Emblem (eighth, 2002) and California Chrome (dead heat for fourth, 2014). When American Pharoah finally became the 12th immortal two years ago, it was the ultimate feel-good moment for Espinoza and racing. How often do you see 90,000 people celebrating simultaneously?

Naïve Polyannas gushed that Pharoah’s triumph would create thousands of fans, but how many Pharoahites kept watching after their hero was retired that fall? That didn’t happen, but that’s all right. The game goes on. Always has, always will.

Espinoza will be on Belmont longshot Gormley, his first ride at Big Sandy since his breakthrough with Pharoah.

“A lot of memories at Belmont, a lot of good memories and also bad memories from before,” Espinoza said. “American Pharoah was a great, great memory, something I will never forget as long as I’m around.”

If that happened every year, it wouldn’t mean half as much. So start handicapping and create your own Belmont buzz.