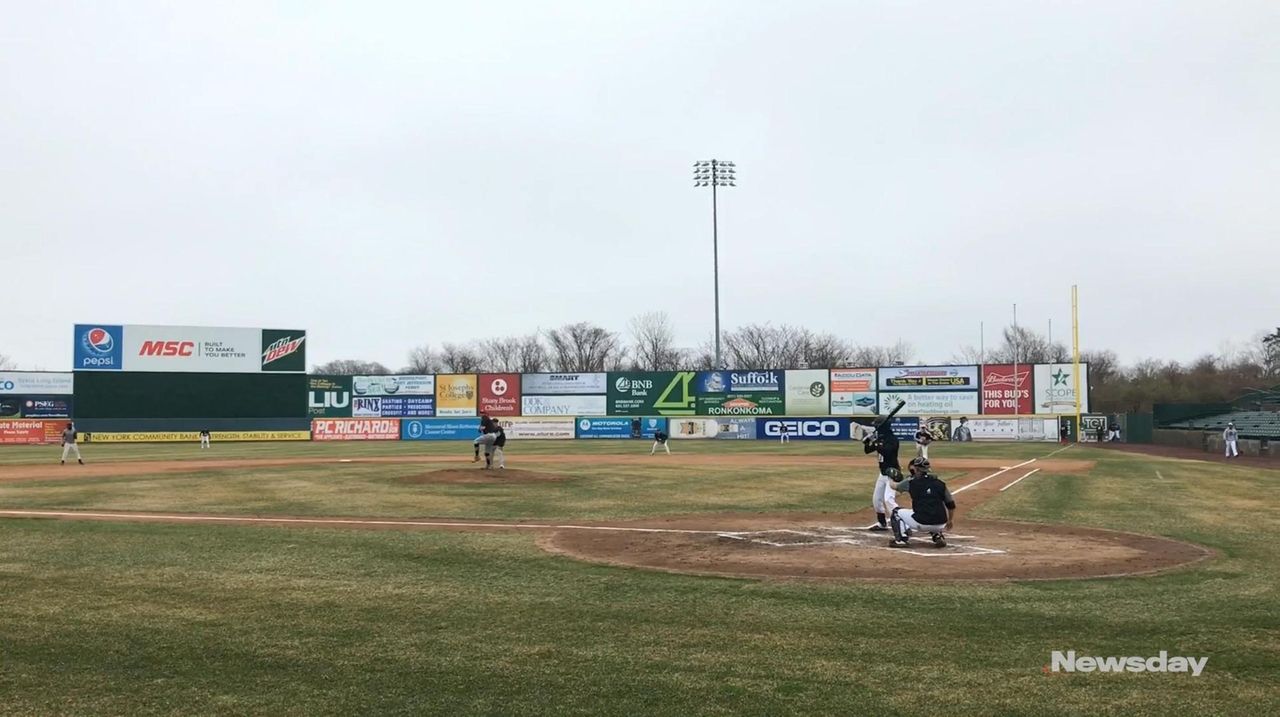 It was Saturday afternoon and Bayville’s Francis Prettitore already knew he’d be calling in sick on Monday. No, he didn’t have a case of the flu. This was more like Ducks fever.

The 23-year-old catcher earned an invitation to spring training after performing well at the Ducks’ open tryout at Bethpage Ballpark in Central Islip.

“It feels amazing,” said Prettitore, who graduated from Mitchell College in Connecticut in 2017 and played in a men’s league last year. “Playing baseball is my dream. I missed every second of it when I wasn’t playing, and now that I get another opportunity to go out and compete, it’ll be fun. I can’t wait.”

Prettitore, along with pitcher Brandon Sherman of Island Park and outfielder Jesse Russo of Westbury, emerged from a group of approximately 30 players hoping to impress Ducks manager Wally Backman, pitching coach Ed Lynch, hitting coach/outfielder Lew Ford and president and general manager Michael Pfaff. The trio will have a chance to officially make the team out of spring training, which begins Monday. The Ducks will begin their 20th season, and Backman’s first managing the club, on April 26 in York, Pennsylvania.

Players opened the morning with running and infield/outfield drills, followed by a scrimmage. Prettitore caught Backman’s eye with his hustle and obvious passion for the game.

“I expect everybody to play hard for me,” Backman said. “When I see a guy that’s never played professional baseball busting his butt and doing the things that he did, I want to give him another look.”

Prettitore, who works at GallettAir in West Babylon, said Backman pulled him aside and offered encouraging words, a boon for the young catcher’s confidence.

“I think he’ll be a good manager,” Prettitore said. “I think he likes to get on people about working hard.”

The Ducks already have two catchers with major-league experience on their roster, Ramon Cabrera and Hector Sanchez, but with catching talent at a premium in the Atlantic League, a surplus is always welcome.

“Catching is in short supply and Francis blocked balls well, covered the plate well and had a good, strong arm,” Pfaff said. “Both Ed and Wally remarked about how much they liked the way he approached the game.”

Russo, who played for Hofstra and SUNY-Old Westbury, played for Alpine (Texas) of the independent Pecos League last summer.

“He had a good swing, he doubled, hit a single, and the one out that he made was a hard out,” Pfaff said. “He also stole a base. He showed good instincts, had a good nose for the ball in the outfield and definitely produced offensively as well as anyone in the tryout.”

Russo, who gives private baseball lessons, said he isn’t ready to stop playing professionally and praised the Ducks for a tryout that was “much more organized” than similar ones he’s been to.

“I know that I want to keep playing professionally,” said Russo, 22. “    It would be great to play here. I figured I had a shot if I came here and did my thing. I’m very excited.    It was an honor to be here among all these guys that come here, try hard, play and show themselves off. Only a couple stand out and those guys are the lucky ones. I just want to keep playing.”

If the next week and a half goes well, Sherman will have a chance to throw against the best that independent baseball has to offer.