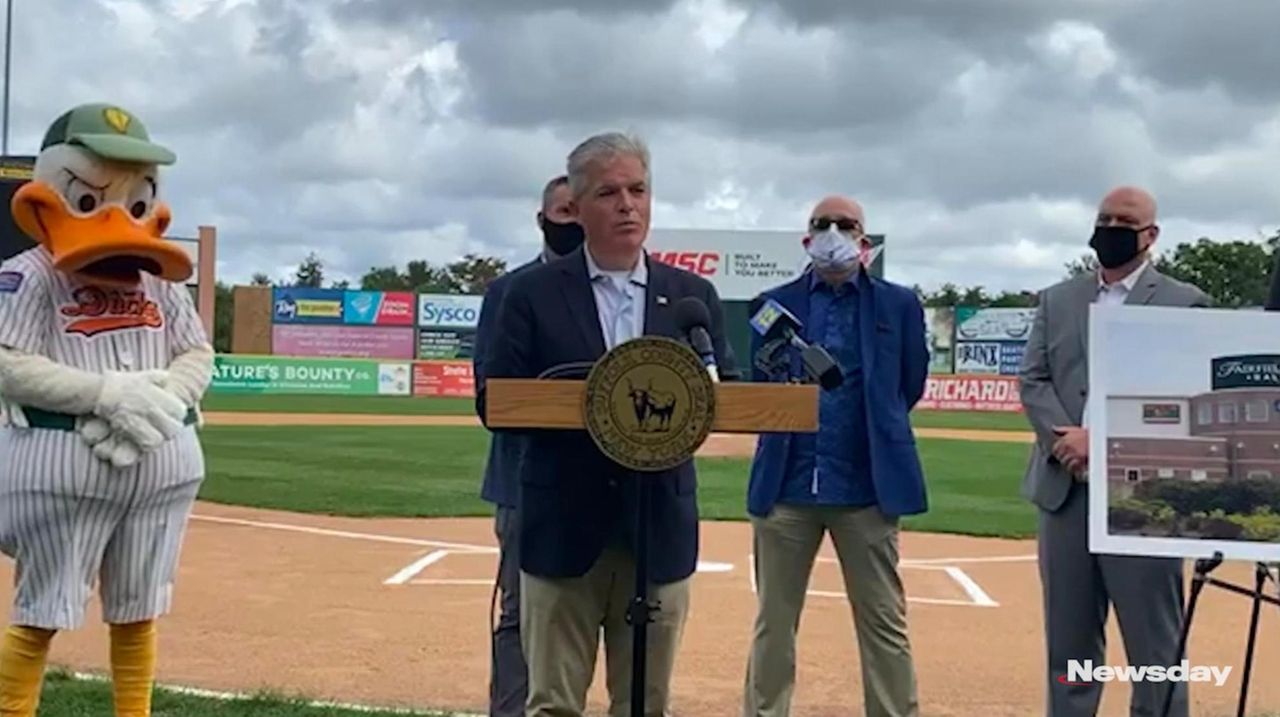 The Long Island Ducks will remain in Suffolk County through 2030, and the team's stadium will have a new name.

The previous agreement with Bethpage Federal Credit Union was worth $230,000 annually for Suffolk County, the Ducks said.

“A new lease and a new naming rights partner of this magnitude just indicates the enduring strength and increasing value of the Ducks as both a marketing brand and as a professional sports brand,” Ducks team president and general manager Michael Pfaff said. “So we are really excited to welcome Fairfield Properties on board.”

The Ducks, the 2019 Atlantic League champions, were unable to play this season because of the COVID-19 pandemic. They hoped to put together a modified 70-game season with other independent clubs, but the team announced in late June it would not be playing any games in 2020.

Pfaff is optimistic about the possibility of playing in 2021 and believes fans want to return to stadiums.

“Coming out of this year, I think everyone is going to be looking forward to getting back to the ballpark,” Pfaff said. “We are chomping at the bit and excited to get back.”

Michael and Gary Broxmeyer, managing partners of Fairfield Properties, were on hand to sign the official agreement with Bellone on Tuesday.

“We are really proud to be involved with the Ducks and it’s something we’ve wanted for a long time,” Gary Broxmeyer said. “And it’s something where there are many companies pulling out with COVID-19 with marketing. And our team, we felt it was important to actually go forward and give some inspiration and confidence to the community that baseball will be back as a national pastime.”