Esiason called Carton’s comments to Newsday “so petty and so small” and said he felt “queasy” reading them.

Carton said after Thursday’s show at Grand Central Terminal that Francesa was “ruining his legacy” in his final months on the job and had become “a caricature of himself.”

The topic came up in the first half-hour of Friday’s show when a caller started imitating Francesa and Carton declined to join in, saying “people were very upset” at him about Thursday’s article. 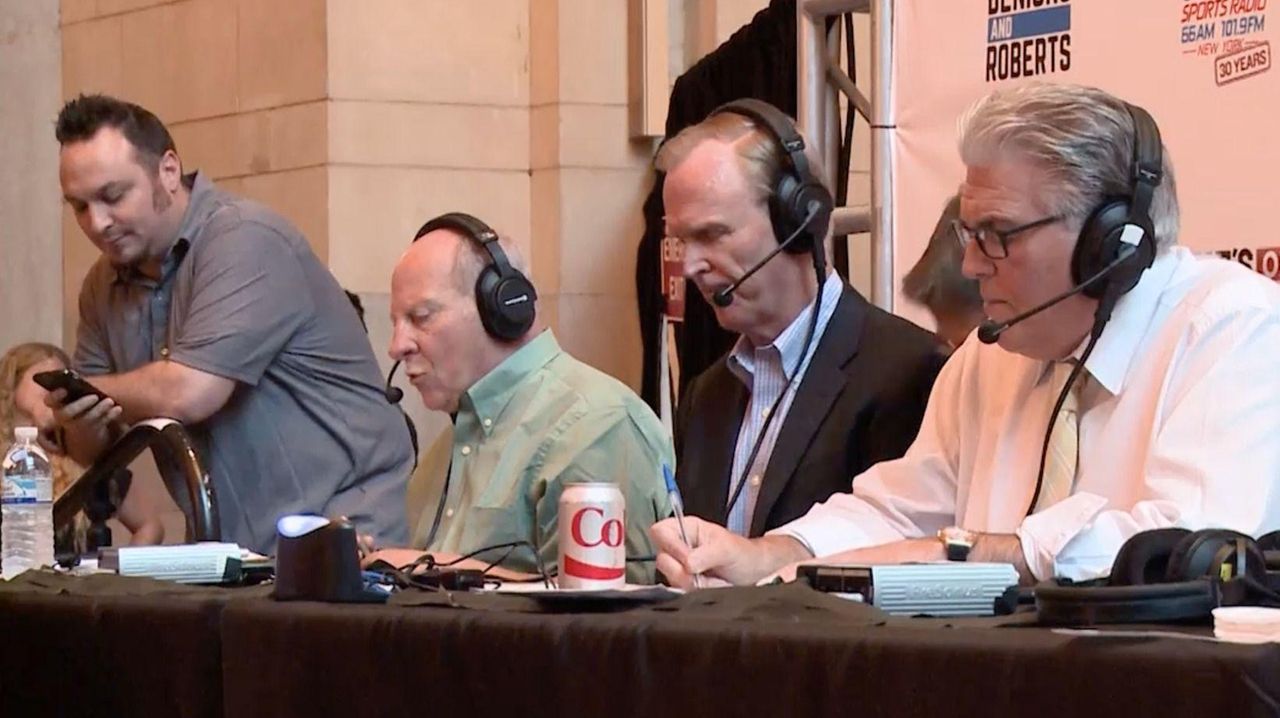 Carton asserted that he hadn’t said anything all that bad and asked if Esiason had read the article.

“I did,” he said. “I thought the tone of it was problematic, that’s all I’m saying . . . We have a lot of fun at Mike’s expense on this radio program and most of it is in good fun and most of it is a lot of laughs . . . I think his legacy is intact, man. I think it’s an unbelievable run that is unheard of in this business, that’s all.”

Esiason laughed when Carton questioned whether calling Francesa a caricature of himself should be considered a negative comment.

“Yes, that’s negative, and it’s going to be taken as negative,” Esiason said, later adding, “I don’t know, you’re just most likely stepping in an area that you probably shouldn’t be stepping in.”

Carton read excerpts of the story to Esiason, who seemed to grow increasingly exasperated.

“There’s a tinge of negativity,” he said. “You can hear it. You can feel it and when you read it, yes, there’s negativity all throughout it.”

When Carton read a passage referring to Francesa’s achievements, Esiason said, “You’re claiming that they’re out the window because of a soured legacy, because of a caricature of oneself. How do you not see that as totally negative, totally a shot? I’ve got to tell you, I love you, bro, you know that. I’ll always stick up for you and I always tell people, like last night, telling people, ‘That guy, he’s a lunatic, but he’s my partner and he’s one of the best partners.’

“But if we’re going to be honest about it, why be so petty and so small when you don’t have to be? You don’t have to give [your opinion]. There’s no redeeming quality in regards to it. That’s all I’m saying. You have Eddie [Scozzare] antagonizing everybody and incensing everybody, and I get it. It’s all part of the fun and games and everything. I would just tell you, I read it and I was kind of like queasy.”

Producer Al Dukes said Esiason texted him using emojis after reading the story Thursday afternoon. “He texted me a face with a hammer,” Dukes said on the air.

Said Esiason, “At the end of the day, success sometimes breeds contempt, and that’s what this is. It’s a contempt for one another. It’s a contempt for the station. We don’t need it. Everything’s going great. We’re all good. We make fun of each other. [Francesa] says we’re jealous, we make fun of him, he says we’re jealous some more. It’s all good.”

Said Carton, “I agree. I love coming to work.”

Said Esiason, “So do I, but I would just say there are certain times where it’s just better left unsaid.”

Said Carton, “Take the high road. You’re like sometimes a high-road kind of guy. I’m not.”

Said Esiason, “I know you’re not.”

Fox leaves with injury in Rangers' loss to Blue Jackets
Isles' offense, goaltending come up short in loss to Kings
Palmieri returns to Islanders' lineup vs. Kings
Rangers can't look past Blue Jackets with Lundqvist Night looming
Even with all the hurdles so far, Nets still in good position
Pulock skates with Isles, timeline for return still uncertain
Didn’t find what you were looking for?