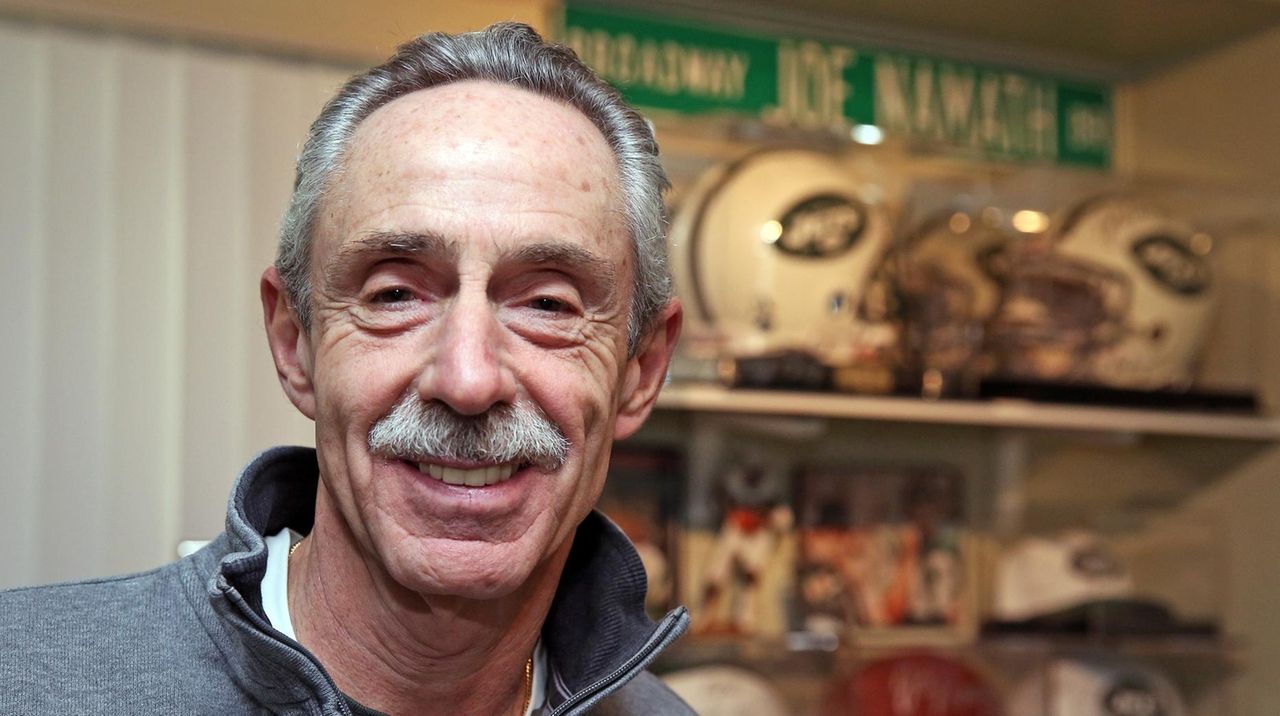 Ira Lieberfarb is better known to listeners of WFAN radio as "Ira from Staten Island". On Thursday, Dec. 15, 2016, Lieberfarb spoke about his lifelong passion for the New York Jets and the time he met former quarterback Joe Namath. Credit: Patrick McCarthy

It was March 17, 1993, a seemingly random Wednesday afternoon on WFAN but one that would echo through the coming decades on New York sports talk radio.

The Jets acquired Boomer Esiason from the Bengals that day, setting East Islip’s favorite quarterback on a trajectory that led to a now nearly decade-long run as a morning host on the station.

And a brand-new caller stepped forward to weigh in on the trade on the “Mike and the Mad Dog” show: Ira Lieberfarb, now more widely known as Ira from Staten Island.

What was his take? “I was excited about it,” he said. “That’s why I called. Then I got hooked.”

You could say that.

For years Joe Benigno, a caller-turned-WFAN host, has been the best-known talk radio voice of Jets fans, the angst-ridden chronicler of their chronic pain.

But Lieberfarb has carved a place for himself, too, given his ubiquitous presence on WFAN and on ESPN New York at this time of year. His tone is far more reserved than Benigno’s, but he is just as passionate.

Has he ever called in on a subject other than the Jets? He vaguely recalled a couple of basketball-related discussions with Mike Francesa long ago, “but you can count them on one hand. It’s 99.9 percent Jets.”

During the Colts’ 41-10 blowout victory on Dec. 5, during which MetLife Stadium emptied out early, one of his sons texted, “I hope you’re on your way home.” Linda responded, “Of course not.”

Lieberfarb, 62, attends every game, home and away. He declined out of superstition to say on the record when he last missed a game. Suffice it to say it has been a while.

In his travels to games, training camp and other events, he has gotten to know everyone from team executives to reporters who cover the Jets on a regular basis.

But his renown stems primarily from his calls to various radio shows, sometimes at odd hours of the day and night, usually a half-dozen or so a week during the season.

He is so successful at getting through that many people assume he has a special hot line to producers. “Nope, nope, nope,” he said. “Nobody believes me, but it’s the same number everyone else dials.”

How does he do it? “Persistence. Re-dial. You usually can get through if you stay with it.”

Surely, though, he has the juice to get priority over other callers on hold, right? “I might not wait as long,” he said, “but there have been times I’ve waited an hour, too.”

Lieberfarb paused when asked why he does it.

“Um, why do I do it?” he said, repeating the question. “Well, over the years I feel like I’m part of the family. I’ve gotten to know pretty much all of the hosts.”

Lieberfarb, who spent his childhood in Sheepshead Bay, Brooklyn, nearly made his Jets debut for a Titans game at the Polo Grounds in the early 1960s. But after Ira had a fight with his sister, his father, Ed, nixed the trip to Manhattan.

Instead, he became enamored of the Jets when his father took him to a Matt Snell signing event when the running back was a rookie in 1964. Quarterback Joe Namath arrived the year after that, sealing the deal. Lieberfarb was 14 when the Jets won Super Bowl III over the heavily favored Baltimore Colts.

Lieberfarb followed his father into the auto parts business and remained in it until he was laid off in August. He is looking for another job but has not slacked off on attending games or calling stations.

How does he afford it? He declined to explain, other than to say, “I use a lot of rewards points.”

After that first call, he built up his radio resume gradually, mostly WFAN at first and later ESPN, with an occasional side trip. He would call Sid Rosenberg before Jets-Dolphins games when Rosenberg worked in South Florida.

He called appearing in-studio with Francesa in 2012 — part of the station’s 25th anniversary celebration — “a bucket-list thing.” But he does not get caught up in his minor celebrity.

“I try to stay humble,” he said, laughing. “I know people know who I am but, realistically, I’m just a sports talk caller, not anything important.”

Lieberfarb was unable to attend many games in the mid-1980s, a period during which his mother and first wife died within 10 months of each other. He married Linda in 1988. In 1993, he introduced himself to the rest of us.

“I try to keep it in perspective,” he said of his low-key, analytical approach to fandom. “Maybe during the [Rich] Kotite years or some of Herm Edwards’ games in the early 2000s or even some of Rex Ryan’s games, if something really bad happened, I could have been pretty critical. But it’s not ranting and raving.

“Of course I’m a Jets fan. But I try to be objective about it.”

Robinson back on the court for Knicks' preseason finale
Rangers' Ryan Strome in COVID-19 protocol
Fox set up for a huge contract extension
Islanders bent on correcting sloppy mistakes of opening loss
Heads up, NBA, here comes Nic Claxton
Jones passes concussion protocol, will play Sunday for Giants
Didn’t find what you were looking for?