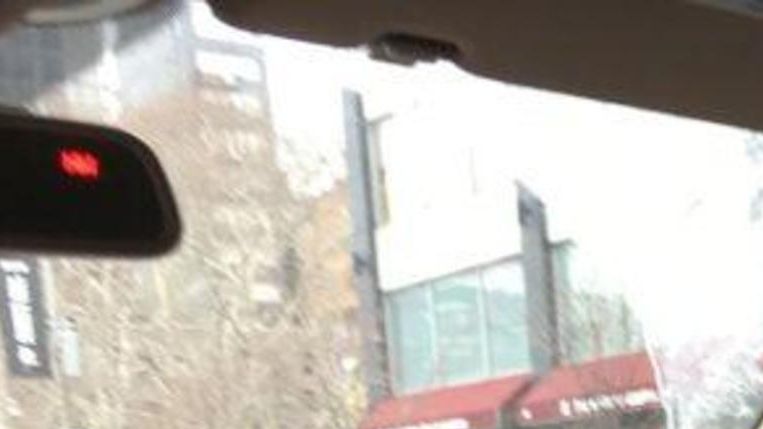 On Friday Dec. 15, 2017, Newsday rode along with Mike Francesa on his final drive to WFAN studios in Manhattan for the taping of his final show. Credit: Newsday / Casey Musarra

The end of the road at last was in sight Friday morning, in a figurative sense. But first there was one last time for Mike Francesa to navigate the actual road leading him to his final day after 30 years at WFAN.

“I’m sure people have heard [about this] long enough; really, it’s been in the public eye for about 24 months now,” he said of his extended goodbye. “Now they don’t have to hear about it anymore. Finally, we’ve reached the day.

At the time, Francesa’s longtime driver, protector and confidante, Julio Rosa, was navigating the customary traffic on the LIE as they made the commute from Francesa’s home in Manhasset to WFAN’s studios in Soho.

Mike Francesa signs off: ‘I love you. Goodbye’

Soon Francesa would be on the air, planning to take calls for most of five hours, then spend the last half hour or so speaking to listeners solo.

The day began early. Francesa’s wife, Roe, recently underwent surgery and has had trouble sleeping through the night. That, combined with her thoughts about the final day at WFAN, had her up at 4 a.m.

Francesa still was fielding texts and emails Friday from people reacting to Thursday’s show at the Paley Center in Manhattan, which featured 85 guests, most calling in, some in person and one prerecorded.

“My guys did a great job with that show, really unbelievable,” he said.

The last guest was the man Francesa identified as the best New York athlete in his 30 years, “hands down.”

That would be Lawrence Taylor, who closed with an out-of-the-blue, off-color joke about strip clubs.

“In one way it was fitting, in one way I guess it was also fitting,” Francesa said, “that he would leave the way he left with a typical L.T. remark that makes you shake your head.”

While Francesa is looking forward to more time with his children, 12-year-old twins and an 11-year-old, he and Rosa will miss their rides to and from work together, which range from an hour on a very good day to one very bad day that required 4 ½. (The average is 90 minutes to two hours.)

They do not listen to sports talk radio together. More often, especially over the last couple of years, the radio dial and discussions have focused on politics. Francesa voted for Donald Trump for president. Rosa very much did not.

“People assume that they know Mike,” said Rosa, who turned 50 on Friday. “They don’t know Mike. I earned a measure of respect for Mike in the last year that I never thought could go higher. He never once told me to shut up. He never once told me my opinion didn’t matter. He listened to me even if we were on opposite ends of the argument.

“I spoke freely. If you were a fly on the wall in this car you would not have known who the boss was and who the employee was . . . Outside of this glass window (windshield) there’s a lot wrong. There’s nothing wrong right here. This is what America should be. There’s nothing but love and respect.”

Rosa, a retired New York City police detective who lives on Long Island, has worked for Francesa since 2009.

What did they think the drive home Friday night would be like?

“It will be interesting,” Francesa said. “Knowing us it will be quiet. Sometimes we don’t say a word. I might be tired at the end of the show today. [Thursday] I was as tired as I’ve been after a show in a long time.”

Speaking of the LIE, Francesa said he has tried when speaking on the radio to imagine one-on-one interactions with people stuck on it, just like he often is.

“My whole life I’ve thought about the LIE and the guy sitting in traffic on his way, tapping the steering wheel,” he said. “I wonder what’s important to him.”

Francesa declined to comment on his strained relationship with Chris Carlin, a former “Mike and the Mad Dog” producer who starting Monday will be heard in Francesa’s old time slot.

But he did say he expects the station to carry on successfully without him.

“Hopefully things will work out for them,” he said of the new show, which will feature Carlin, Bart Scott and Maggie Gray. “I think the FAN has a culture and a foundation that’s solid. I think it was well built. I think it has made inroads in people’s lives . . . I think they’ll give the new show a chance and we’ll see how it works out.

“Who knows what it’s going to sound like? But if people give them a chance, maybe it will work out.”

Rosa said listeners are treating Francesa’s departure “almost like they’re mourning.” He said he had thought about that and realized the feeling is different from that of, say, fans of a musician.

Rosa, who called himself a “diehard” fan of the late musician Prince, said, “I can still play those albums, I can still play those records. The people that live and die with Mike, on Monday they can’t flip on that switch and hear this man’s voice and have that part of their day that matters so much to them. That’s the struggle.”

“I got to do one thing that I love [as a cop] and then another, and there will never be anything in my life that I could do that will matter as much to me as my time with Mike and the promise that he kept [to hire him] and the bond we’ve made,” he said. “I’ll miss him more than he’ll ever know.”

Mike Francesa helped revolutionized sports talk radio at WFAN with Chris "Mad Dog" Russo. Nine years since they split up, Francesa remains the top-rated host in New York. After 30 years at WFAN, 2017 is his last. Watch his final year unfold as Francesa's fans, colleagues and athletes from the New York area spoke about what it will be like to no longer have this icon on the air.