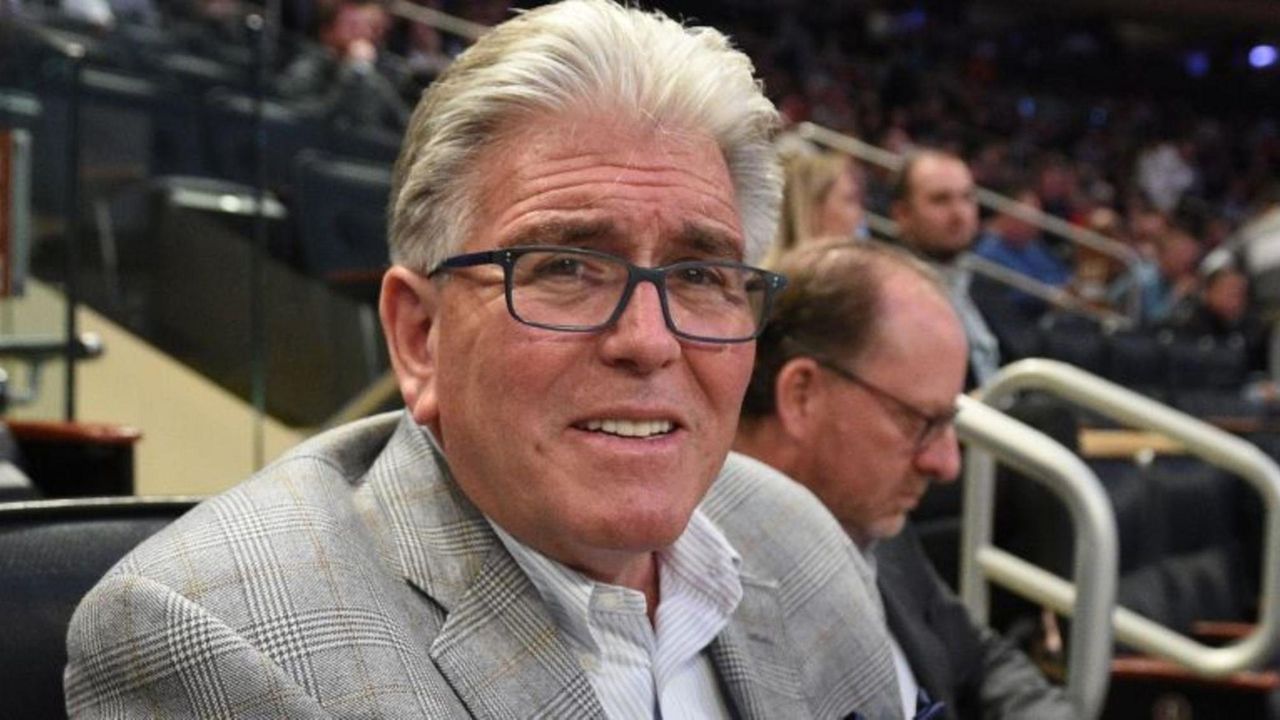 On MIke Francesa's last drive into WFAN he talked about his show and what the future might hold for him. Credit: Newsday / Casey Musarra

Saying “it is time to return to WFAN,” Mike Francesa told Newsday on Tuesday that after four months away from the station he is ready for a comeback.

Francesa declined to elaborate, but a person at WFAN with knowledge of the plan said he likely would reclaim a portion of his old afternoon drive time slot, from 3 to 7 p.m. It is not clear when that would occur, but it should be soon, perhaps as early as next week.

Late Tuesday afternoon WFAN confirmed that it is having “ongoing discussions” with Francesa about possibly returning, and added in a statement, “We are very proud of our current lineup at WFAN and that any potential future engagement with Mike will not result in any talent departures.”

That was a reference to Francesa’s successors, Chris Carlin, Maggie Gray and Bart Scott. They are believed to be under contract through 2019 and are expected to remain, but in a shorter and less visible shift than their current 2 to 6:30 p.m. show.

Numbah One: Francesa's final year on WFAN Mike Francesa helped revolutionized sports talk radio at WFAN with Chris "Mad Dog" Russo. Nine years since they split up, Francesa remains the top-rated host in New York. After 30 years at WFAN, 2017 is his last. Watch his final year unfold as Francesa's fans, colleagues and athletes from the New York area spoke about what it will be like to no longer have this icon on the air. Credit: Newsday staff) (Photo Credit: ESPN, WFAN

WFAN’s vice president of programming Mark Chernoff did not respond to a request for comment.

Francesa alluded cryptically to a “campaign” to keep him from returning to the station that he left in December.

He declined to answer follow-up questions about that or any other aspect of what he said, which was that, “I have been working on a project with [the agency] CAA for months. That will be explained in the days ahead.

“This is for those who started this campaign in recent days. I didn’t decide to go back to WFAN until I was told I better not go back. For those behind it, that was the moment I decided to return.

“I will do everything to work WFAN into an integral part of the project. It is time to return to WFAN.”

Carlin, a former “Mike and the Mad Dog” producer, has had a strained relationship with Francesa for years. After Francesa and his former partner, Chris Russo, jokingly and obliquely referenced WFAN’s struggles on the MLB Network show “High Heat” on March 28, Carlin texted both men with a strongly worded expression of displeasure.

Russo said on his SiriusXM Satellite Radio show Tuesday that Carlin was “out of line” and suggested Francesa was upset by the text.

Carlin, Gray and Scott opened their Tuesday show by addressing the matter and taking the high road, even though Carlin acknowledged the situation is “awkward, of course it is.”

“We’re going to be a big part of this radio station for a long time,” Carlin said. “This is a business. And you are talking about someone in Mike who was wildly successful for 30 years, so it only makes business sense to welcome somebody like that back into the fold.”

He added, “If Mike’s back in the afternoon, which it certainly looks like that’s going to be the case, it only makes the radio station stronger.”

Russo said on his show that Francesa discussed joining SiriusXM, including for a joint weekly appearance with Russo, but that no deal could be reached.

Francesa has been free to sign elsewhere since April 1. In March, Francesa told Newsday his departure from WFAN had been “very much an adjustment.”

He said, “Have there been times when I wish I had a forum and I wanted to express myself? Absolutely. Many, many times that has come up. I have to say, I miss it more than I thought I would.”

Source: Francesa could return to WFAN TuesdayFrancesa is expected to sign a deal that covers the rest of this year and two more, through the end of 2020. Best: Will this show end well for WFAN?Are you not entertained? Of course you are.Mike Francesa's impending return to WFAN after a ... Esiason: Francesa's return to WFAN 'just looks pathetic'Esiason and morning co-host Gregg Giannotti said they understood the move from a business perspective but were concerned over the impact on WFAN's new afternoon team. Best: Francesa has been long-playing tune in our headsMike Francesa's long, winding road of a farewell tour reached its final destination on Friday ...