In a few hours, Peter Rosenberg would be speaking to an audience whose primary frame of Remy reference is Jerry.

But early Friday morning in a radio studio in the West Village, he was deep into conversation with Remy Ma, a rapper from the Bronx whom he has known for years.

The subjects ranged from her relationship with her husband, fellow rapper Papoose, to her new song, “Melanin Magic,” to discrimination based on skin color within the black community, to the legacy of the late rapper Big Pun.

In other words, matters unlikely to come up later in the day on ESPN New York 98.7 FM’s “The Michael Kay Show.”

It was all in a day’s work for Rosenberg, who since 2015 has forged an unconventional radio path: host by morning on “Hot 97,” an iconic hip-hop station, and sports talker by afternoon.

He also does work for WWE, including as a pre-show host Monday for “Raw 25.” That covers hip-hop, sports and pro wrestling, if you are scoring at home.

So, not your everyday resume for a 38-year-old white Jewish guy from suburban Washington, D.C.

“The role is definitely unusual,” Rosenberg said as he drove from the Hot 97 studios on Hudson Street — a block away from WFAN — to his Upper West Side apartment, a few blocks from the ESPN New York radio headquarters. “I don’t know of anyone else who does anything quite like it.”

That seems like a safe assumption. But here he is.

Rosenberg grew up in Chevy Chase, Maryland, but his father is from Brooklyn and his grandparents lived in Queens. During childhood trips to New York, his older brother, Nick, took a liking to stations such as WBLS and Kiss-FM and personalities such as DJ Red Alert and Marley Marl.

Soon Peter followed suit, and by middle school he was known as a go-to hip-hop expert. He later DJ’ed at high school dances, started a radio show at the University of Maryland and landed an internship at a station in Washington. Even then, Hot 97 (97.1 FM) and its star DJ, Funkmaster Flex, were in his career sights.

But he finally landed at the station indirectly thanks to sports. A 2007 parody rap he posted poking profane fun at Duke basketball became an early YouTube hit and caught the attention of program director Ebro Darden, who brought him on and eventually made him part of his current “Ebro in the Morning” team along with Laura Stylez.

“What really got me the job at ‘Hot’ was the stupid YouTube videos,” Rosenberg said.

Ten years later, he has proved his hip-hop bona fides to an audience savvy enough to know a phony when it hears one, and is a familiar and accepted figure among stars of the genre.

“He was hired because he was passionate about hip-hop,” Darden said. “He was knowledgeable. He cared about the culture, and I thought that was interesting for a station that’s culturally diverse . . . It’s a culture that people who are not in it think that it’s just black kids or street kids or this or that, and it goes far beyond that.

“So him being a kid who grew up in the suburbs of America in a middle-class family but loved this culture and studied it enough to be not only playing it but interviewing the artists and having an opinion, I felt that was compelling.”

Said Remy Ma, “I think any guy who’s knowledgeable about sports can do a sports show. The part that makes it so special is the way he’s able to dive and dig deep into the hip-hop part. I couldn’t do what he does. I don’t know as much as he does.

Thankfully Rosenberg has not been beaten up literally for his radio takes, but he has been beaten up figuratively on social media, more so by fans of sports than of hip-hop in the 2 ½ years since he joined Michael Kay and Don La Greca.

The idea behind bringing him aboard, said Tim McCarthy, senior vice president and general manager of ESPN New York, was to “bring a fun, looser, more social atmosphere to the show” and “young it up.”

“I wasn’t looking for someone who is a die-hard who knows the batting average of Derek Jeter in 1997,” McCarthy said. “I have that. I have Michael and Don. I needed someone who can complement them . . . Basically I told him I want a morning show in afternoon drive. I want that type of feel.” 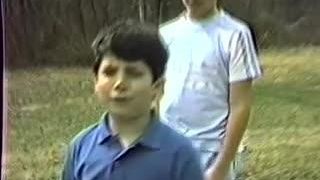 McCarthy and Rosenberg both credited Kay and La Greca with buying in, and in recent quarters the Kay show consistently has out-rated the others on the channel.

“The fact it was actually implemented and Michael and Don rolled with it and then it actually did the job that they hoped, I think it’s really cool,” Rosenberg said. “I love that I was sort of an experiment that worked.”

Still, some listeners are skeptical about the depth of his sports knowledge.

“You certainly should be knowledgeable and you have to be smart, but that’s not how it works. Most knowledgeable doesn’t get the job. Most compelling gets the job.”

Not having grown up in New York is an added challenge. He knows the histories of his favorite teams, notably the Redskins, but “if you’re talking about 1980s Yankees and we’re talking about someone who’s not Don Mattingly, well now all of a sudden I’m like, ‘What do I know here?’ It can get frustrating.”

Perhaps owing to his hip-hop and pro wrestling backgrounds, Rosenberg is not afraid to mix it up on social media and “kind of play ‘heel’” for those who poke at him.

Frequently his foils have been supporters of Mike Francesa, the Kay show’s competition until last Dec. 15.

“When I see an ‘M-O-N-G-O’ in their name and they’re attacking me, well, obviously you are,” he said, referring to Francesa fans in what is known as “Mongo Nation.” “I have no issue with that, these Francesa sycophants attacking me.

“If I was a hard-core Francesa guy my whole life, I get the resistance to the Kay show and I certainly get resistance to me. ‘They brought in some guy from Hot 97?!’ . . . They know what it is, and they know they’re not interested.”

Still, with a new show in place at WFAN, this is the Kay’s best opportunity yet to nose ahead in the ratings.

Rosenberg acknowledged that, but he added, “I think there’s a challenge, because now if we win everyone says you’re supposed to win, and if you lose, you go, ‘Oh, my God, you blew an opportunity.’ I think we’re actually in a little tougher spot than we get credit for.”

Rosenberg said he wakes up shortly after 5 most mornings to drive downtown to Hot 97 for the 6 to 10 a.m. shift, usually gets in a two-hour nap at home between shows, then walks to ESPN to join Kay from 3 to 7 p.m.

His wife, Alexa Datt, a sports journalist with an extensive resume herself, currently works for MLB.com.

Rosenberg said there have been times Datt has poked fun at him for sounding different when he speaks to rap friends compared to others, “totally putting on, like, a cooler-guy voice.”

But he insisted that neither voice — nor persona — is inauthentic.

Rosenberg said his straddling of the two worlds dates to his earliest sports and rap memory, when he was 6.

“The No. 1 thing my family had me do in 1985 is rap the ‘Super Bowl Shuffle,’” he said. “That is me in a nutshell: My parents being like, ‘Rap the Super Bowl Shuffle!’ And I’m not just talking about Walter Payton’s verse. I was doing Willie Gault’s verse. I did the whole thing.”

NHL postpones at least two Isles games due to COVID-19 outbreak
Stephenson: Fox getting tougher, and having Reaves as backup helps
Strahan remains an icon for current Giants players
Jets' Zach Wilson: 'I feel like I'm going in the right direction'
Jets continue mantra: We must cash in on opportunities
Giants' new offensive strategy: Find the plays to fit the talent
Didn’t find what you were looking for?