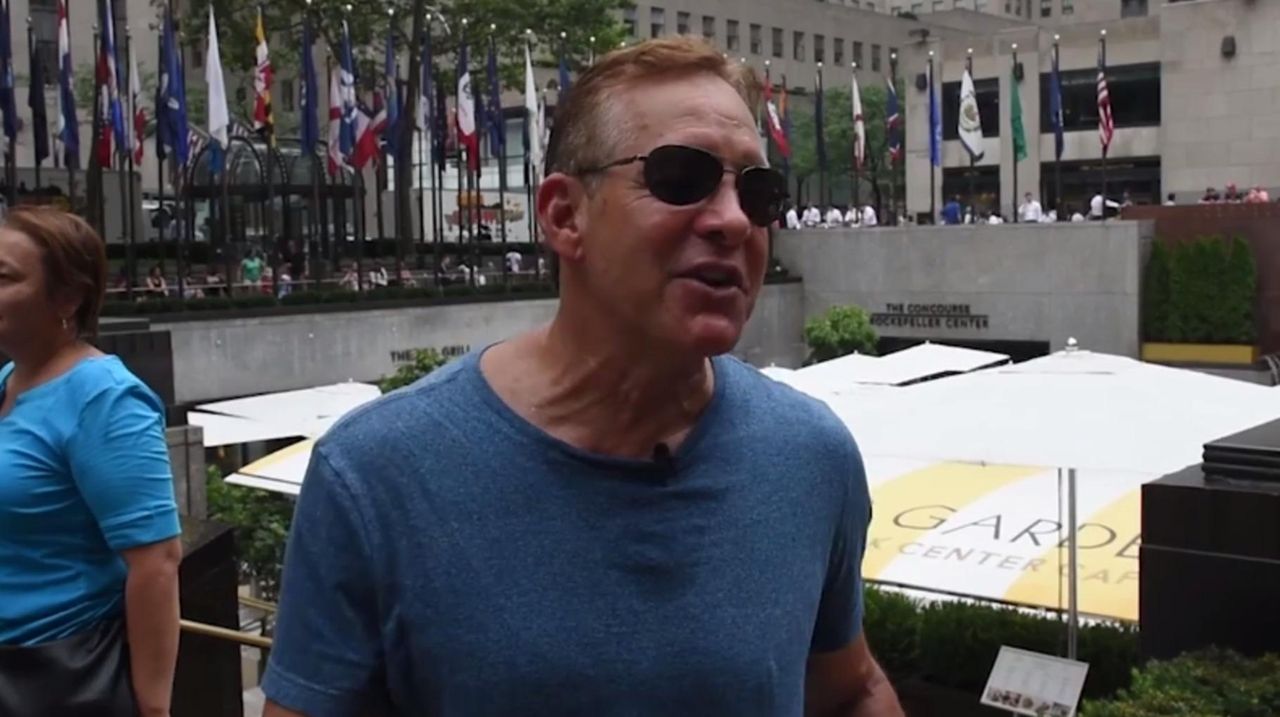 Actor Steve Guttenberg will be featured throughout season 3 of the HBO series "Ballers," set to premiere on July 23. On Thursday, July 13, 2017, the star was at Rockefeller Center in Manhattan for a meeting and talked about growing up in the area, appearing on the hit series and had nothing but praise for the show's star, Dwayne Johnson. Credit: Corey Sipkin

“Ballers” has been a big hit for HBO, a post-“Entourage” magnet for young male viewers that leverages sports, scantily clad women, partying and male bonding, tying it all together with the irresistible appeal of Dwayne “The Rock” Johnson.

But Steve Guttenberg, who plays a pivotal supporting role in Season 3, which premieres on Sunday night, said viewing the show through a narrow prism does not give it enough credit.

“It’s a life show,” said Guttenberg, an alumnus of Plainedge High School in North Massapequa. “The patina is a sports patina, but it’s really about the decisions you make in life and the direction you want your life to go . . . Characterizing it as a sports show is like characterizing ‘The Graduate’ as a movie about an affair.”

Still, the entertainment industry long has lusted over young male moviegoers and television viewers, a notoriously difficult audience to corral. And a show that glamorizes the off-field exploits of star athletes has obvious appeal.

Sports stars present and past have bought in. Victor Cruz was an early guest. In the first four episodes this season alone, there are cameos by Stephen Curry, Cris Carter, Tim Brown, Mark Schlereth, Terrell Suggs and Larry Csonka.

Guttenberg plays a casino magnate in Las Vegas, a city of particular sports interest these days both in real life and reel life, as it turns out.

“I’m sure everyone realized, ‘Hey, man, this would be great for a certain audience,’” he said of the program’s demographic sweet spot. “But a good story always will [win] out . . . You see it in the Lou Gehrig story [‘Pride of the Yankees’]. My god, was that movie about baseball? No. You see Gary Cooper and it just blows your mind the humanity of it.

Johnson, a former football player himself, is among the most bankable stars in the world, and has half-seriously been mentioned as a potential candidate for United States president, which would require a massive pay cut.

In “Ballers” he plays a former NFL linebacker trying to make it in the financial advisor game in Miami.

“He’s a complete gentleman and a very intelligent and well-informed guy, he’s got a big heart, and that makes the whole game really a delight,” Guttenberg said about working Johnson, a former WWE star. “He has great screen craft, he’s a very good actor and there’s a reason why people like to follow him as the lead and the hero of a movie, because he’s honest and he listens.”

Before that he grew up on Long Island mostly as a “Mets/Jets guy,” complete with a Jets banner in his bedroom. But he said his fandom always has been fluid, and mostly has focused on “the spectacle of sport.”

His parents have moved to Arizona, but he still has close friends who live on Long Island. Like many successful people, his first exposure to business was delivering Newsday after school – especially collection day.

“It was a great gig,” he said. “The hustlers are the guys who get [the routes]. You have to hustle.”

Guttenberg’s star quotient is not what it once was, but he said adapting to less prominent roles is itself a skill.

“The hero is usually the hardest part to cast,” he said, quoting the director William Wyler. “It’s tough to get Gary Cooper and John Wayne. Those guys are rare. But the second rarest is really good older actors who have been around and are really good at what they do and you want them to be there and help support the star. That’s your job.

“My job is to help Dwayne and Rob Corddry and Richard Schiff and all those guys do their jobs and be great at what they do and I love that part of the business.”

Guttenberg said he has no complaints about his career.

“I’ve been one of the luckiest actors around,” he said. “All my dreams have come true, they really have.”

Isles not overwhelmed about the road ahead
LI's Joe Smith Jr. defends his title against Steve Geffrard
Time for Baseball Hall of Fame ballots to be made public
Alexander, St. John's bounce back with big win over Hoyas
Isles' schedule filled with teams they've been losing to
Reddish hopes to settle in with Knicks after searching for role with Hawks
Didn’t find what you were looking for?