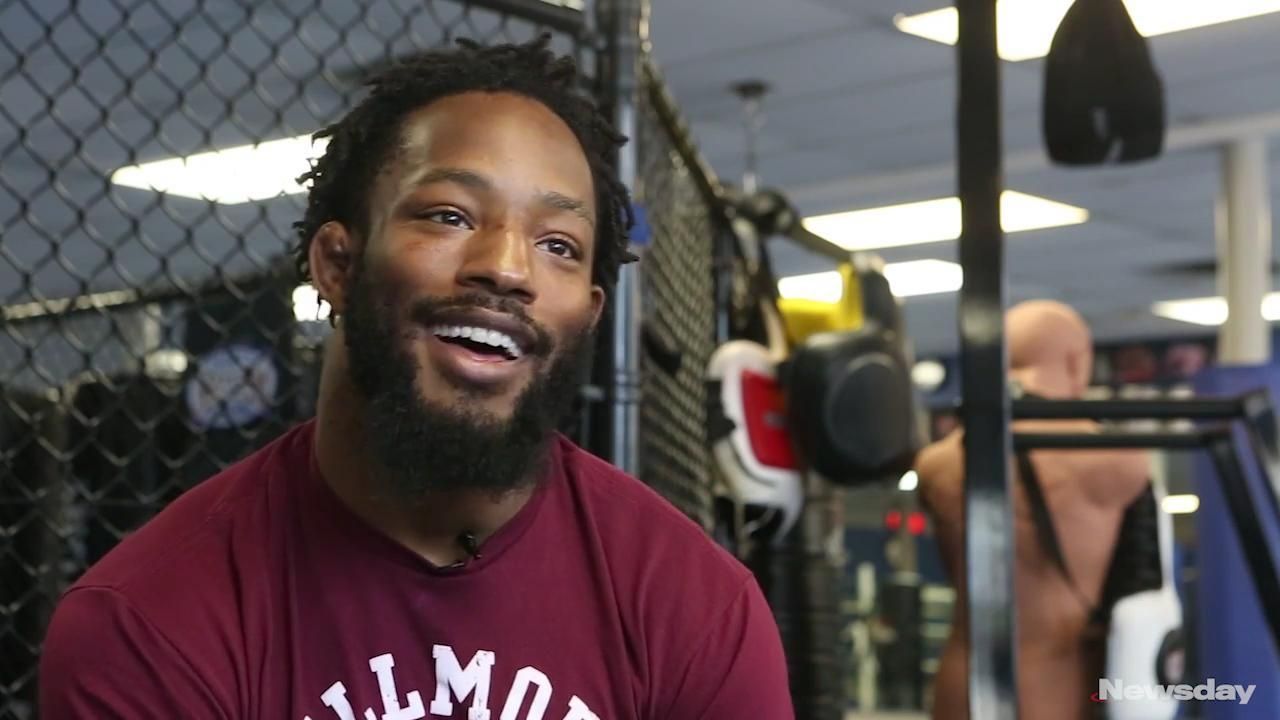 Waiting at the end of this year’s Professional Fighters League journey is one of those oversized checks for a very large sum of money.

Andre Harrison, the undefeated MMA fighter from Freeport with four championships in four different promotions, knows it’s there, as do the other 11 featherweights.

Still, Harrison refuses to allow himself to entertain the notion of collecting that $1 million check in December when on Thursday he has the first of five fights needed to boost the bank account.

“I don’t skip over,” Harrison said. “I didn’t get there yet. Right now, I’m on June 7th. When I was wrestling, any time I decided to skip over and see me leaning over and them putting the medal around my neck, it always would be something that would kink over and wouldn’t go right. So, for me, I’m going to give my opponent full respect that I’m not looking past him.”

Harrison will begin the journey in the main event of PFL 1 against Jumabieke Tuerxun of China at the Hulu Theater at Madison Square Garden. The fight card will air on NBCSN and Facebook Watch.

“I haven’t even attempted to pronounce his name,” Harrison said. “I don’t have to know his name and all that other stuff. I just have to know that he’s going to be there fight night and ready, that’s all.”

Still, Harrison (17-0) and his team at Bellmore Kickboxing do their due diligence on Jumabieke (20-6-1, with six knockouts and four submissions).

“He looks like when he swings, he’s going to put everything behind it,” Harrison said. “I just feel like where I am right now in my career, I’ve fought close to everything. Jiu-jitsu, boxing, kickboxing, wrestler, whatever. You name it, I’ve fought them, and I’ve done well.”

The PFL debuts its new format featuring a regular season, playoffs and championship. There are six weight classes with 12 fighters each. Thursday’s card at MSG features featherweights and heavyweights.

Each fighter gets two bouts during the regular season. Three points are awarded to the winner, plus bonus points for a finish based on the round. The top eight fighters in the points standings after the regular season advance to the playoffs. Championship night on New Year’s Eve will crown six new millionaires.

Harrison has received the bulk of the marketing promotion for PFL 1. He’s the undefeated fighter competing in his hometown. He’s the face on billboards, the opening images on the TV spots, the thumbnail image on Facebook ads, the recipient of text messages from friends and family reporting back on such sightings.

“He beat Lance [Palmer], been a champion for us, and he’s from here,” PFL president Carlos Silva said. “We hope the New York fans want to come out and see New York’s undefeated Andre Harrison. That’s a great story . . . He’s a big part of what’s going to happen Thursday night.”

The hometown aspect is one Harrison said he plans to tune out come fight week and fight night. That’s not really his thing.

June 7 at Hulu Theater at MSG

Featherweight: Josh Copeland vs. Jack May