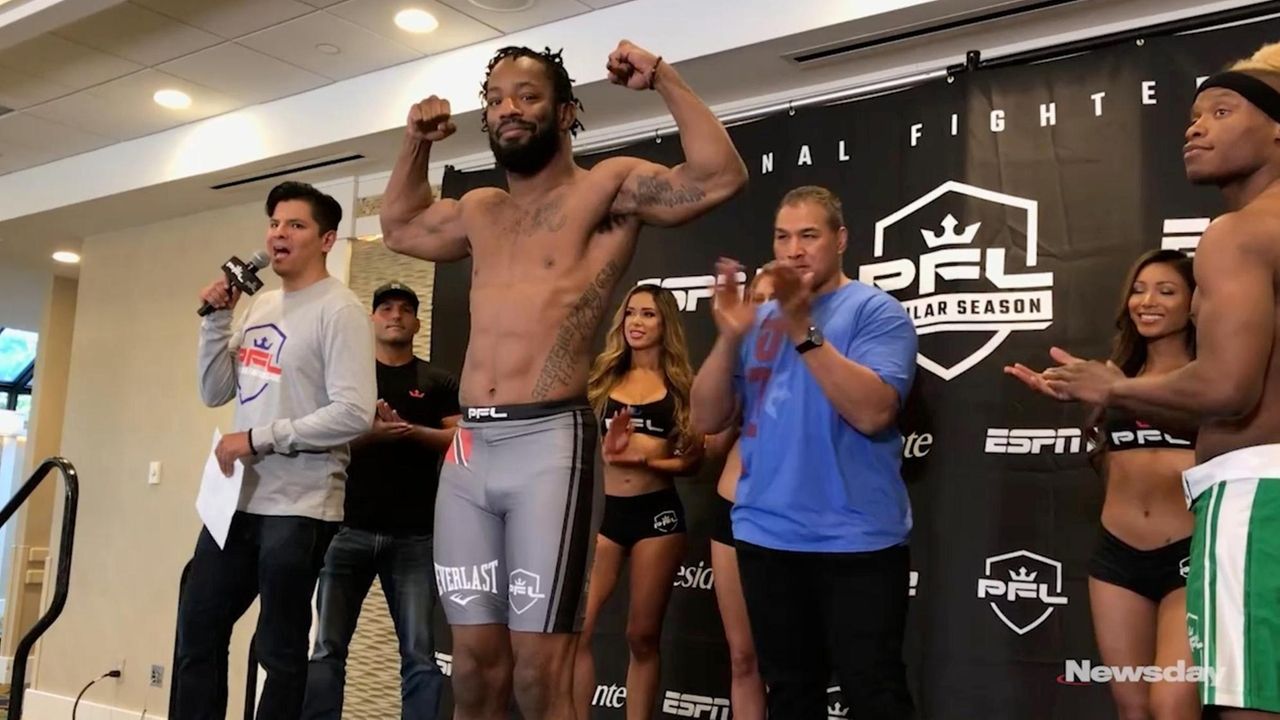 Freeport’s Andre Harrison and Islip’s Chris Wade both were on weight Wednesday, May 22, 2019, for their respective PFL 2 fights on Thursday at NYCB Live’s Nassau Coliseum. Credit: Mark La Monica

Some staredowns in mixed martial arts turn ugly. Most of these brief encounters, however, would go unnoticed and uncared about seconds after their completion if not for the cameras there.

Every now again, you get something in the middle, or at least a small fleck of a moment worthy of a follow-up question afterward.

As PFL featherweight fighters Andre Harrison and Peter Petties broke from their staredown and turned to face the cameras for more photos on Wednesday, Petties and the Freeport-raised Harrison kept their eyes focused on each other. There was something of an eyebrow raise as well from Petties, the Baltimore-based fighter making his PFL debut. Harrison made sure to acknowledge that as he held his visual ground.

“I just noticed he had kind of a look like he was keeping his eyes on me,” Harrison said after the ceremonial weigh-ins for Thursday night’s PFL 2 event at NYCB Live’s Nassau Coliseum. “I didn’t want to be the one to break it. Then he did a little extra at the end. That’s not really my type of speed, but I kept the eye contact just to let him know that tomorrow is going to happen.”

Petties and Harrison (20-1) will fight each other in the first of two regular-season bouts in the PFL’s second year. Petties (6-4, 1 no contest) is the third different opponent Harrison has been scheduled to face. Petties last fought in May 2018, losing by split decision.

Harrison said the number of changes in opponents hasn’t affected his preparation.