For Andre Harrison, his first career loss in mixed martial arts last October wasn’t the worst part. He knows that in his chosen sport, anyone can be beaten. No one stays undefeated forever.

The toughest part for Freeport’s Harrison was returning to his gym for the first time.

“There” was New Orleans and the semifinal round of the Professional Fighters League, one fight shy of reaching the featherweight championship and a chance for a million-dollar payday. Harrison won his quarterfinal round against Alexandre Bezerra then lost later that night by unanimous decision to Lance Palmer, who won the PFL’s first season in December. 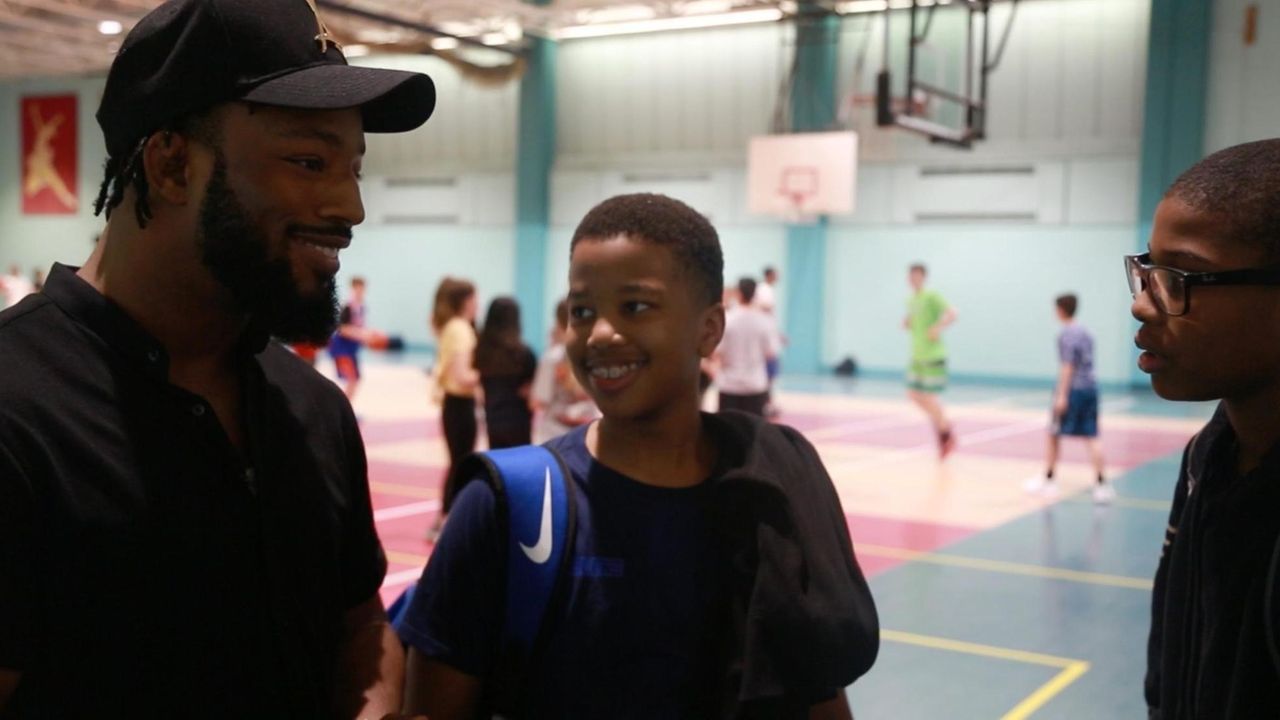 PFL's Harrison talks with kids in LI hometown Professional Fighters League featherweight and Freeport native Andre Harrison met with kids to talk about going from playing around in the same Freeport Recreation Center as them and reaching new heights on Monday, April 22, 2019. Credit: Newsday / Shelby Knowles

Being that close to a million bucks and seeing it slip away, even before the government swoops in to take its cut, will sting anyone. But for Harrison, 31, he felt more of a burn thinking about how his first encounter with teammates at Bellmore Kickboxing MMA would go. They are as much family as they are friends to Harrison, who returns to this cage on Thursday at NYCB Live’s Nassau Coliseum for the PFL’s second season.

“I remember having to open up the gym one morning and I was like, ‘How am I even going to look at Gregor [Gillespie] in the face today,’” Harrison said. “Or when I knew Adam [Kownacki] was getting ready to come in, I’m like ‘Man, I don’t even know what I’m going to say to Adam when I see him.’ Having to see everybody again after that loss, I felt embarrassed.”

It was an internal feeling for Harrison, to be sure. Anyone in MMA and boxing understands the nature of combat sports. Anything is possible. That’s part of the excitement of it for fans, and part of the stress for the combatants. Fight teammates understand each other in ways co-workers in an office never can.

“I think I told him I loved him and he’s still the best 145er on the planet,” said Gillespie, an undefeated lightweight fighter in the UFC. “Just a bad fight.”

Once those first encounters passed, Harrison exhaled and moved on. Time to develop new techniques and grow as a martial artist, same as he did after his first 20 wins.

“Nobody really dwelled on it,” Harrison said. “There’s nothing you can really say. It’s not you can be like, ‘Listen, hey, I got this time machine in the back. We’re going to go back and you’re going to handle this the right way.’”

Harrison (20-1) has had seven-plus months to let his lone loss set in, then move out of his mind. That’s one benefit of the PFL’s format of a regular season and playoffs. There’s no avenue to allow for a PFL-contracted fighter to rush back into the cage to try and get a win and erase the memory of a loss. There’s simply a schedule, just like other sports.

“In that time off, either you sit and you sulk, or you get to the gym and you work on what it is you didn’t do, or should have done, to win that fight,” Harrison said. “I’m not very good at sulking.”

LI's Harrison eliminated from PFL playoffs in semisAndre Harrison's $1 million journey and unbeaten professional run have come to an unceremonious end. ... Harrison's potential two-fight night at PFL playoffsMinutes before midnight, his shirt already having changed from light gray to charcoal from the ... PFL fight photos: LI's Harrison vs. MalegarieFreeport's Andre Harrison remained undefeated (19-0) with a unanimous decision over Nazareno Malegarie at PFL ... How the PFL's season format led to a new Chris WadeIslip's Wade no longer has to wait and hope for a fight, leading to a more carefree approach.