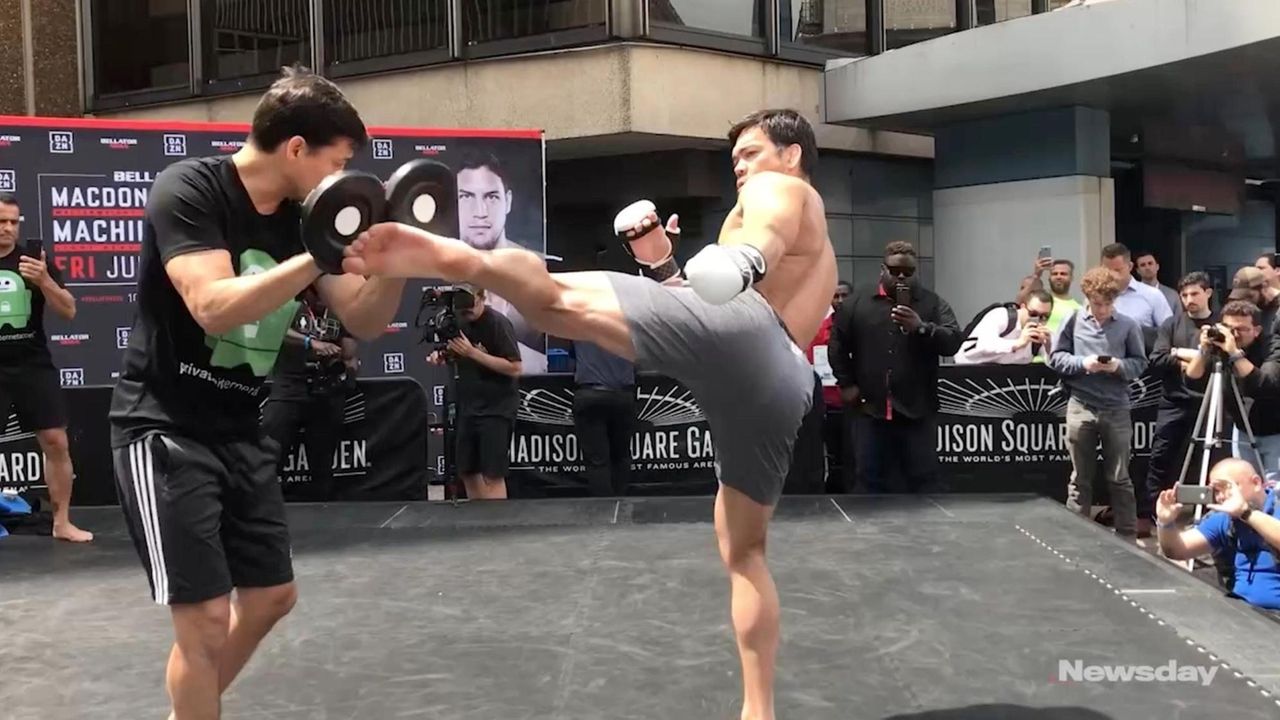 Rory MacDonald on April 27: “It takes a certain spirit to come in here and put a man through pain. I don’t know if I have that same drive to hurt people anymore.”

Rory MacDonald on April 30: “I am going to move forward in this tournament and compete boldly against Neiman Gracie … I used to fight with anger I held within myself from pain I had experienced in my past. To be honest, I believe this comes from my heart changing as I’m walking a new life as a Christian.”

Rory MacDonald on Wednesday: “I feel in a better place now. Mentally, I’m focused and hungry. I feel like it’s a new chapter for me.”

He harbors some regret for saying what he was thinking.

“Maybe a little bit for that reason, having to answer to everybody, even in my personal life,” MacDonald said. “Sometimes I wear my heart on my sleeve. I spew it out as I’m feeling it. I don’t tend to hide a lot of stuff.”

MacDonald will face Gracie at Bellator 222 on Friday at Madison Square Garden in a fight that is both a welterweight title defense and a semifinal in the promotion’s welterweight grand prix tournament. The winner will face Douglas Lima in the grand prix final for a million bucks.

That’s a lot on the line for one fight, and MacDonald (20-5-1) said he likes that the title and tournament go together.

“This is a job for me,” said MacDonald, who turns 30 next month. “It’s how I supply my family, so yeah, the million dollars [is nice]. I fight for money, that’s why I do it, but also to compete at the highest stage. To fight for this world title, to fight the best guys in a tournament format, it’s a huge opportunity.”

As it is for Gracie (9-0), the submission specialist and fourth-generation member of the family who essentially created Brazilian Jiu-Jitsu and helped establish mixed martial arts.

Gracie, 30, moved from Brazil to New York about 12 years ago. He trains at Renzo Gracie Academy in Manhattan, three blocks away the Garden. He has walked past the building nearly every day of his adult life. Two years ago, when Bellator first brought an event to the Garden, he was a swing bout, meaning it could happen anywhere during the night. On Friday, he’ll headline the arena and fight for a world championship.

“This is one of the biggest arenas in the world and I walk past it every day,” Gracie said. “Headlining this card is something humbling to me. Especially seeing my face on all the billboards, it’s pretty awesome.”

With the title and tournament intertwined, Gracie made clear his preferred order.

“The world title is more important. I don’t really care about the money,” Gracie said. “I care about the title. The money is just a consequence. The title makes you a world champion. It makes you the best in the world. This is why I started the sport.”

Gracie expects MacDonald to try to keep the fight standing to avoid his ground game. MacDonald said he wants to keep the fight at kickboxing range. MMA fights rarely go according to plan, though. The real question may not be whether the fight stays on the feet or on the floor, but rather, will it be the killer-instinct MacDonald or the kinder, gentler Canadian?

“I think that’s up to him and I don’t really care,” Gracie said. “I’m here to fight the best Rory MacDonald there ever was.”