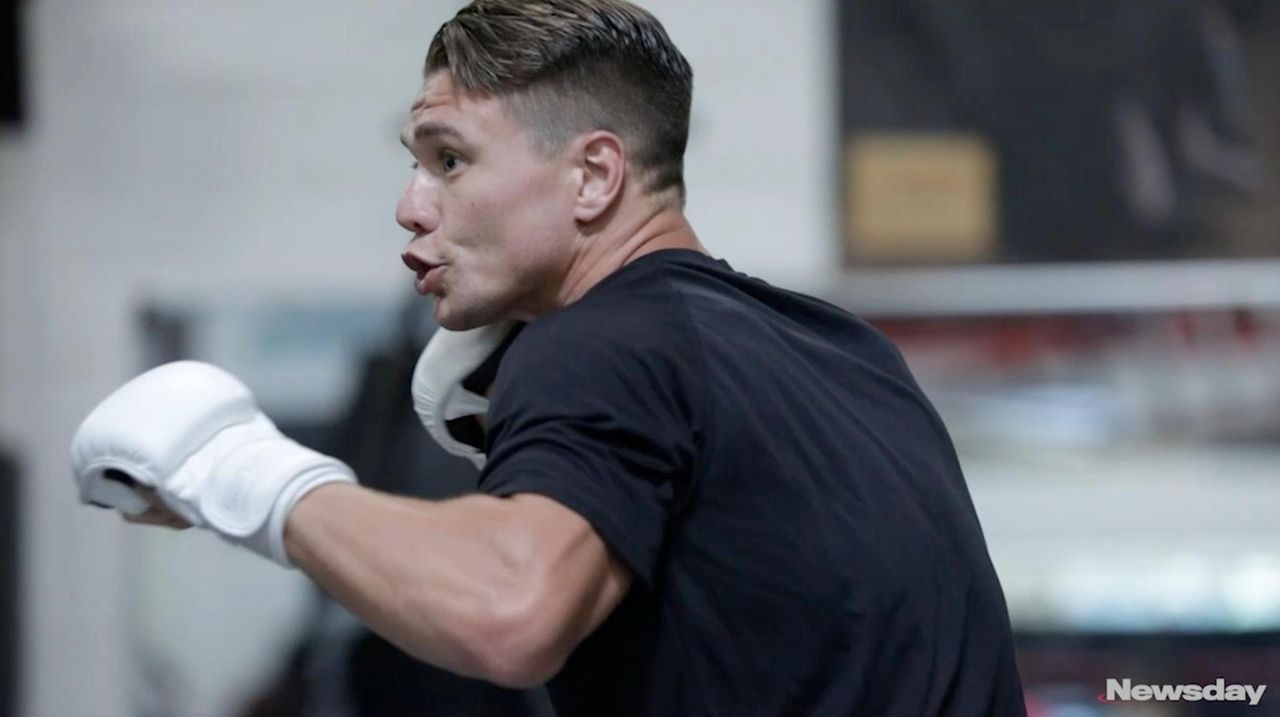 Chris Wade doesn’t plan on taking much damage from Yuki Kawana when they meet at PFL 5. He’s already done enough harm to his own body and mind the last few weeks.

Islip’s Wade said he’s been “torturing” himself since a disappointing debut in the Professional Fighters League against Natan Schulte in June. He refocused on his cardio and endurance ahead of his final regular-season bout Thursday night at NYCB Live’s Nassau Coliseum.

“My focus is, and has been for the last six weeks, to just crush myself cause I’m so [upset] about what I did in my last fight,” Wade said. “I’ve been torturing myself and I want that to all come through here, all that anger, all that frustration out onto Yuki’s face.”

Wade returns to the PFL cage looking for some redemption in front of his hometown fans. The UFC veteran admitted to underestimating Schulte entering their fight, a mistake that cost him as he ran out of gas midway through the fight.

“I just slept on the dude. I thought I was going to slap him around. I didn’t think much of him and in this sport especially, sometimes when you do that, you pay, and I did pay,” Wade said. “I was just so disgusted with myself on how I gassed out halfway through the fight when Natan was putting so much pressure on me. I felt like I was fighting in a ‘Rocky’ movie. You know how Rocky just comes forward and he gets his butt kicked for the first, maybe the first three or four rounds? Every punch hits him in the face but he keeps plodding forward until he breaks the guy.

“He just kept coming forward until there was nothing left on my punches, no steam. And then he was very good at judo, keeping me off balance and it frustrated me and gassed me.”

In order to avoid making the same mistakes again, Wade said he revamped his training to work on muscular endurance, hopefully avoiding the “heavy” arms and legs he experienced in the last bout. He doesn’t want any feelings from his last fight to linger and has “cut it loose,” but the loss put the Long Islander at the back of the race for the inaugural PFL playoffs. Wade is confident a win will get him into the top eight and a spot in the postseason, but with zero points entering his final regular-season bout, Wade’s playoffs essentially start now.

“Nothing changes, it’s business as always. I need a win, obviously, the way the standings are setting up I’ve gotta get some points on the board,” Wade said. “It’s like any other sport when you’ve gotta win to get into a wild-card game or into the playoffs, basically your playoffs start early. I took away my extra wiggle room that I had. There is no wiggle room now, I’m here at home and it’s time to get the job done.”

Wade faces another pressure fighter in Kawana on Thursday night. Expecting Kawana to pressure forward with wild striking before pushing the action to the cage and ground, Wade centered his camp around footwork, cardio and cage grappling to properly counter Kawana’s attack.

“You saw in the last fight, he’s willing to chill there for two to three minutes at a clip with his shoulder buried into your stomach. So what I’m thinking is in his mind, he just wants to make it one of those dirty fights that he likes where he’s driving his shoulder into you and he’s winning because of cage pressure. So I’m ready for that.”

Wade is among eight lightweight fighters with zero points. A win would earn him three points, and a finish would add extra points based on the round. Various tiebreakers would come into play for the final positions.

Wade said he won’t let potential bonus points in the PFL standings get in his head based on what’s happened in other divisions, but he also doesn’t want to fight passively.

“If you look at the two weight classes that have just about wrapped up so far, I don’t think that anyone who’s scored has been left out of the tournament yet,” Wade said. “I’m not going to sweat and stress that I need to put him away in the first round. I think by doing that, that’s when a finish will come, when I’m just doing my thing.

“This isn’t going to be some feel-out process, technical, just trying to win the fight. I’m coming across the cage for him immediately.”

Nets clearly struggling with top-tier teams
Varlamov gets the start, and a chance to build his game
Jets' defense allows points on first 7 drives in loss to Eagles
Glennon can't get ball into the end zone in Giants' loss to Dolphins
Knicks get a day off to do some much-needed soul-searching
Mets see newest players as positives for clubhouse culture
Didn’t find what you were looking for?