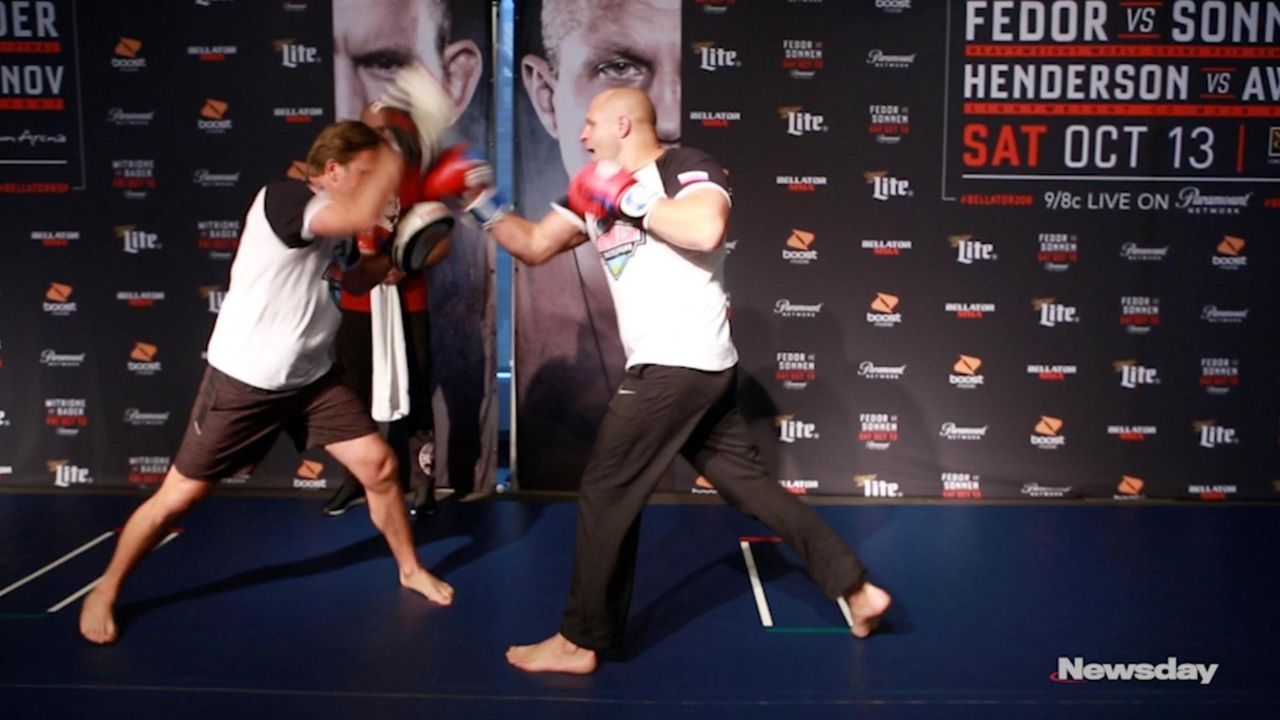 It hasn’t taken much for Chael Sonnen to get under the skin of his opponents over his long mixed martial arts career, but he seemingly hasn’t had any luck ahead of Saturday’s bout with all-time great Fedor Emelianenko at NYCB Live’s Nassau Coliseum.

The language barrier might have something to do with that, but Emelianenko’s highly-professional approach is mostly to blame.

The Russian heavyweight has avoided the trash talk of “The American Gangster” throughout his fight camp, telling reporters through a translator that he has not heard or read any of Sonnen’s verbal jabs.

“I don’t pay attention to that,” Emelianenko said through a translator. “Some say that we can be offended to the extent that we feel offended, but if we don’t feel offended, it is not possible to offend.”

Emelianenko and Sonnen will meet Saturday at Bellator 208 in a semifinal of the promotion’s heavyweight grand prix. The winner will move on to next January’s final against the winner of Matt Mitrione and Ryan Bader, who fight Friday at Mohegan Sun in Connecticut.

Sonnen (31-15-1) has been spitting his typical hyperactive promotion, claiming Emelianenko’s fights in Japan earlier in his career were fixed without evidence, insulting his intelligence and disparaging the fitness of all heavyweight fighters.

Sonnen doesn’t blame Emelianenko (37-5, 1 NC) for not trying to match wits on the microphone, citing the language barrier for the Russian fighter making it difficult for him to go word-for-word.

“It’s probably helpful, I mean what are you going to do, right? You can either be the useful idiot that’s going to get abused and annoyed and ridiculed, or you can just not speak the language,” Sonnen said. “Guys are getting up and walking out of press conferences to avoid being ridiculed. It’s a tough spot, those guys get put in a tough spot, we’re just not intellectually equal.”

Emelianenko, who is widely considered among the top heavyweight fighters in MMA history, repeatedly said it is more important to be a professional in these situations than to engage in a war of words.

Sonnen said his bad-mouthing of Emelianenko comes not from hate, but competitiveness.

“I don’t know him as a person. Even the guys I’ve fiercely disliked in this sport I don’t want them to have bad lives, I just competitively want to beat them,” Sonnen said. “But I look for that stuff, I don’t look to sit back and be in awe of another person. It’s unarmed combat, he doesn’t get to bring anything in the ring that I don’t.”

Both men are veterans of the sport, but with Sonnen spending most of his career at middleweight and light heavyweight, the idea of fighting each other seemed farfetched to both until now.

1:48
Yanks glad to leave Tampa after chaotic series off field
WNBA returns, celebrating 25th anniversary season
Taillon has his ups and downs in loss to Rays
Knicks beat Spurs, remain in sixth spot with two games to go
Yankees' Torres tests positive for COVID-19
Lennon: Yanks' outbreak could be much worse if not for vaccinations
Didn’t find what you were looking for?