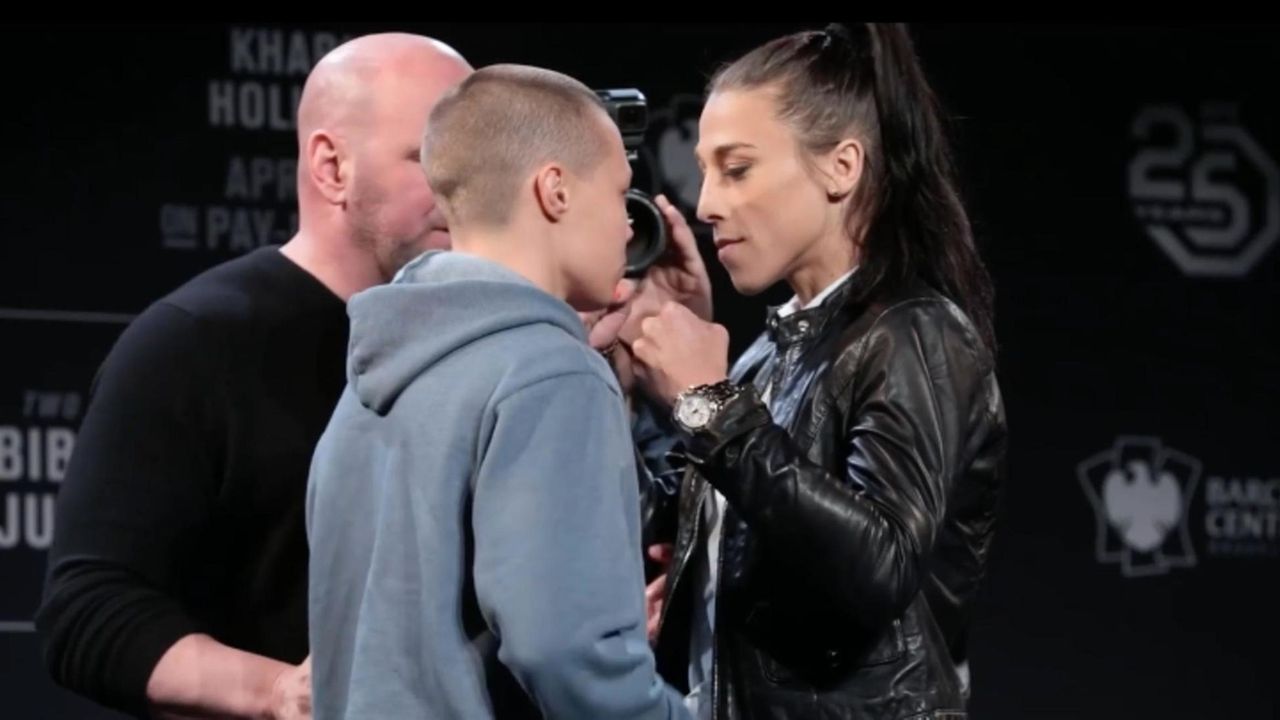 Max Holloway left the sunny paradise of his Hawaii home to come to snowy, rainy Brooklyn, crossing an ocean and a continent for this job opportunity: face an undefeated Russian wrecking ball, do so in a weight class above the one in which he reigns as champion, have a total of six days to prepare for it and cut an extreme amount of weight by 11 a.m. Friday.

“This is how legends are made,” Holloway said Wednesday at the UFC 223 news conference. “This guy is one of the best guys in the world. The best 55er, people don’t want to fight him. To be the best, you have to beat the best, and the best is ‘Blessed,’ baby. Let’s go.”

Holloway, the UFC’s featherweight champion who carries the nickname “Blessed” along with a 12-fight win streak, will face Khabib Nurmagomedov for the UFC lightweight title on Saturday at the Barclays Center. He can join Conor McGregor as the only UFC fighters to hold titles in multiple divisions at the same time.

“He hasn’t lost a fight in five years, hasn’t been taken down in four years, has the most finishes in the 145-pound division,” UFC president Dana White said. “He comes in and fights Khabib on one week’s notice. That makes him the man.”

The crowd at the Music Hall of Williamsburg for the event would apply that status to Nurmagomedov. Chants of “Khabib! Khabib!” echoed through the venue 30 minutes before the news conference even started and re-appeared regularly during the fighters’ time on stage.

Amid answering questions, Nurmagomedov and Holloway also spent much of the time talking directly to each other.

“You believe you can beat me?” Nurmagomedov asked.

“Yes!” Holloway responded emphatically. “I wouldn’t be sitting here if I didn’t. Who in their right mind is going to go into a fight thinking they’re going to lose?”

A fair set of questions. Nurmagomedov then left the interrogative and went to the declarative.

“I just finished my ninth week hard training for five-round fight. You didn’t train,” Nurmagomedov said. “You think about, ‘Oh I have to make weight, and after I come here, maybe lucky punch, that’s it.”

Holloway needs to get down to 155 pounds by Friday morning in order to be able to earn the title with a win. If he comes in heavy, the fight still can happen, but only Nurmagomedov would be able to win the title. Under New York State Athletic Commission rules, Holloway can weigh no more than 7 pounds higher than Nurmagomedov in order for the fight to be sanctioned.

“One week ago, he vacation, drink beer and everything, but I training for five-round fight,” Nurmagomedov said. “He have to knock me out, that’s it. How he gonna beat me?”

Holloway used his time on stage to try to flip the narrative.

“Everybody keep talking about six days’ notice, you know,” Holloway said. “He’s taking a short-notice fight against me. How you going to get ready for six days for me, Khabib? That’s the real question.”