The latest MMA event occurred Tuesday night at Hofstra University in Hempstead — a veritable symposium on the professional fight life, told through the eyes of three of Long Island’s greatest competitors.

The fighters — Matt Serra, Chris Weidman and Aljamain Sterling — talked about the incredible highs that come with winning as well as how they handle the stress that comes with such a violent sport.

The forum was moderated by Newsday MMA reporter Mark LaMonica and was part of the Newsday Live events series.

Serra, 45, a former UFC welterweight champ who owns Brazilian Jiu-Jitsu gyms in Huntington and Levittown, said that early in his career he’d get extremely nervous with “big show jitters.” He learned to calm himself, he said. 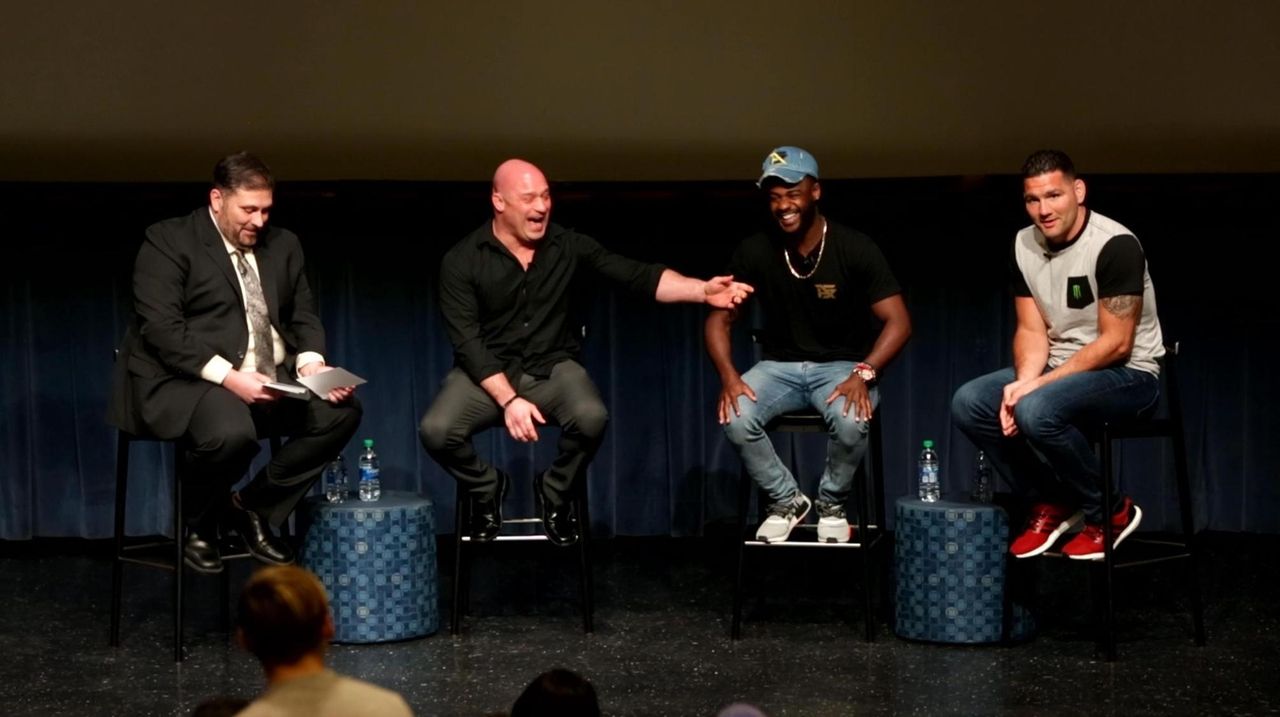 “Whether you worry or you don’t worry, the fight is going to happen,” he said.

Weidman, 35, of Dix Hills, said he spent years “fighting off all the doubts,” but now takes a more straight-forward approach. He sets his goals while training and makes sure to hit them, he said.

“You have to make sure you’re good to go that day,” said Weidman, a former UFC middleweight champion. “I’ve had my best fights when I’m super-relaxed.”

Sterling, 30, of Massapequa, recalled a bit of self-talk he uses in the tense moments before a fight.

It may seem odd that MMA was being discussed in the rarified air of academia. But the event spoke to the mainstream acceptance of a sport whose beginnings were shadowed in controversy and criticism. The sport was banned in 36 states during the 1990s, but has exploded into a worldwide phenomenon with pay-per-view events, MMA action figures and elite fighters becoming celebrities.

Serra recalled that when he attended East Meadow High School, a teacher told him that his love of the fight sport would land him in jail. He laughs, considering that he is now a UFC Hall of Famer.

Weidman recalled that in the days of video stores, fight tapes were in the section near dirty movies.

For all the hard knocks that come with being a professional fighter, Weidman said the exultation of victory is unmatched.

During the week of a fight, he said, he doesn’t know what will happen in the octagon. A fighter can do everything right while training and still come up short, he said.

“But as soon as you win the fight, it makes you feel more alive than anything else in life,” Weidman said.