Chris Weidman reacts after knocking down Anderson Silva during the second round of their UFC 162 mixed martial arts middleweight championship bout at the MGM Grand Garden Arena on July 6, 2013. Credit: AP

Chris Weidman already has a UFC world championship. Now, he'll have his own day.

Weidman made national headlines on July 6 after a stunning second-round TKO of Anderson Silva to claim the UFC middleweight championship in Las Vegas. Weidman is also a former state high school wrestling champion and All-American wrestler at Nassau CC and Hofstra.

The official ceremony will take place at the Coral House on Wednesday. 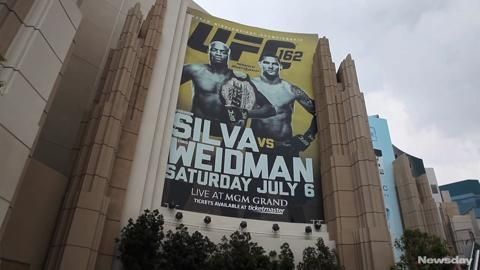