Rose Namajunas celebrates her first-round knockout for the upset win over Joanna Jedrzejczyk to win the strawweight title at UFC 217 at Madison Square Garden on Nov. 4, 2017. Credit: Mario Gonzalez

Joanna Jedrzejczyk always had the ability to get in the head of her opponent. Rose Namajunas wouldn’t let her in, and in turn, she was able to end Jedrzejczyk’s reign at the top.

In a stunner, the stoic Namajunas knocked out Jedrzejczyk at 3:03 of the first round to claim the UFC strawweight title at UFC 217 Saturday night at Madison Square Garden. Namajunas maintained her composure from the start of fight week until the end of the bout to hand Jedrzejczyk her first professional loss.

“It feels like a movie right now,” Namajunas said.

After taking some time to gauge distance, Namajunas put Jedrzejczyk down with a big right hand and pounced, but Jedrzejczyk was able to recover. 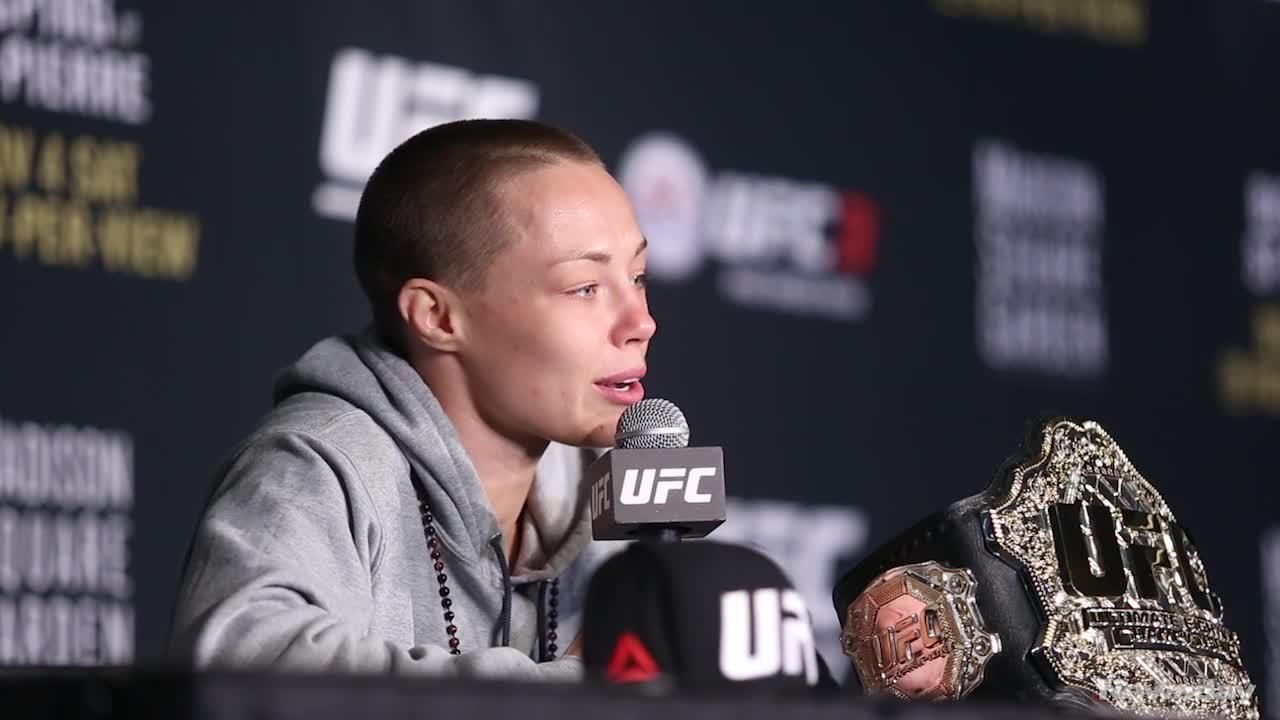 3 new champions crowned at UFC 217 Georges St-Pierre, TJ Dillashaw and Rose Namajunas each won the championship in their respective weight classes at UFC 217 at Madison Square Garden on Nov. 4, 2017. Hear from some of the winning and losing fighters after their bouts. Credit: Mario Gonzalez

Soon after, Namajuans landed a powerful left hook and followed with a right on the way to the ground. The underdog got on top and landed a series of ground strikes as Jedrzejczyk turned to her stomach. Jedrzejczyk tapped the canvas and referee John McCarthy called the fight, although it was officially ruled a knockout.

The long-awaited bout between ex-teammates Cody Garbrandt and TJ Dillashaw was as intense as expected, with Dillashaw taking the UFC bantamweight title by knockout at 2:41 of the second round.

Garbrandt thrived in the first, nearly finishing the fight in the closing seconds and making an obscene gesture to Dillashaw as he returned to his corner. As fans chanted expletives at Dillashaw in the second, the challenger scored a head-kick knockdown. Garbrandt recovered, but Dillashaw landed a right hook, finishing the fight with strikes on the ground.