BOSTON — Francis Ngannou has knockout power that snaps back heads like Pez dispensers and earned him comparisons to Mike Tyson in his ferocious heyday.

Ngannou has stood tall against all opposition in his UFC career and his terrifying run has shaped the challenger into the betting favorite in the heavyweight champion bout against Stipe Miocic.

He’s not afraid to go face-to-face with anyone — even against his fellow Cameroon native, Philadelphia 76ers center Joel Embiid. Ngannou, 6-foot-4, 250 pounds, was absolutely dwarfed by the 7-2 Embiid in a visit Thursday morning at Sixers shootaround.

Ngannou was ready to pull on his MMA gloves. 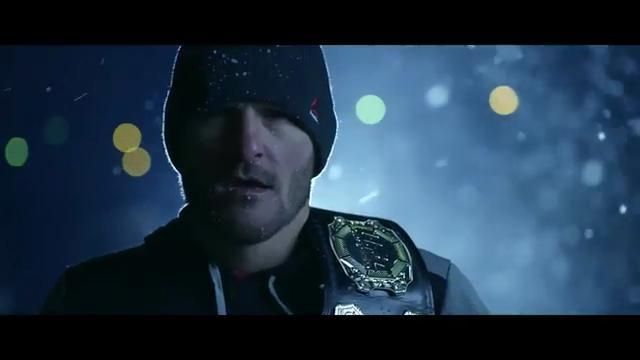 “He should be my next opponent,” Ngannou said.

Embiid pulled in Ngannou for a bro hug and predicted the No. 1 contender would win by knockout in the second round.

It would also be a long night of work for Ngannou. The 31-year-old Ngannou (11-1) hasn’t needed to go beyond the first round in any of his last four bouts and has never gone past the second in his 12 pro fights.

Knock out Miocic, and Ngannou would complete the made-for-movies tale of homeless to heavyweight champ and position himself as perhaps UFC’s most dominant big man since Brock Lesnar.

Ngannou fights just seven weeks after his stunning victory of Alistair Overeem at UFC 218 on a left uppercut that rolled the eyes of the fallen foe to the back of his head. The crushing KO has been replayed in perpetuity to hype Saturday’s fight.

At Fenway Park, the heavy hitter said he can’t escape the clip of his biggest swing.

“Any time I open my email, my Instagram, my story, people send it to me in different versions,” Ngannou said. “I think I did very well. It was all about to connect. And I connected.”

Blink and you might miss the crowning of a new champ.

“Good for him. He got a great knockout,” Miocic said.

Ngannou’s rise was hardly as swift.

Much like his Embiid, who only started playing basketball at 15, Ngannou was a late-bloomer to mixed martial arts. He was raised as one of five children in the poverty-stricken village of Batie and was only 12 when he went to work in the sand mines to support his family. Basically raised by a single mother, Ngannou was a Tyson fan and wanted to box, so he dabbled and drained in the sport for a few years. He knew there was little future in fighting stuck in the mines and realized if he wanted to become serious about the sport, he’d have to leave Cameroon.

“If it was easy for me, I would have stayed in Cameroon,” Ngannou said. “I like to be close to my family. But one day, I felt like I didn’t have a choice. I left everything of my 26 years life behind me, closed the door and go somewhere where I don’t know what it looks like.”

His new home was Paris. But Ngannou had no friends, no plan, no support system and lived on the streets. Ngannou worked in the kitchen for a humanitarian organization that helped homeless in Paris.

And the worst situation?

Ngannou found his way in his 20s and eventually visited the MMA Factory where he met his eventual coach, Fernand Lopez. Lopez would convince Ngannou to forget about boxing and drilled him in jiujitsu and wrestling and a career in MMA.

Ngannou made his pro debut in 2013 and was in UFC about two years later in December 2015.

Ngannou, who speaks French and English, has not forgot his past and was offended when President Donald Trump reportedly used a profane term to describe African countries last week.

“All those people that he was talking about are people like us,” he said. “It’s kind of difficult to accept a thing like that. For myself, the goal for me was to lift my country and (to) see someone who just wants to break that dream, that hope for people (is tough). This guy is like a shame for America. America was built from immigration. America is the country that the world, the poor countries look at and, not expect America to give them something, but just to look at them as an example and build their own country and get a better situation.”

Ngannou’s family is still in Cameroon and he wanted his mother and a 17-year-old brother (”he’s very smart”) to come live in the United States.

Up first, a shot at the title.

Standing in his way is Miocic (17-2), who has a date with heavyweight history and will set the UFC record for consecutive title defenses in the division at three with a victory.

Ngannou has one plan — for that UFC title to get wrapped around his waist.

“Life beat me up a lot of times,” Ngannou said, “and I want to take my revenge.”

UFC 220 fight cardUFC 220 takes place on Saturday, Jan. 20, at the TD Garden in Boston. It ... KO comparison: Miocic vs. NgannouBoth Stipe Miocic and Francis Ngannou spent the better part of the past two years ... UFC heavyweight title historyThe oldest championship in the UFC, the heavyweight title was created at UFC 12 when ...

Isles' Varlamov expected to skate Friday
Castellanos stays with NYCFC on new five-year deal
See the schedule for the Isles' first-round series vs. the Penguins
Isles to play Game 1 against Penguins on Sunday
Frazier sees similarities between Thibodeau's and Holzman's Knicks
Harden returns with double-double, Nets romp past Spurs
Didn’t find what you were looking for?