LAS VEGAS — Conor McGregor used to train whenever he felt like it, and he stayed up late every night. He would sleep deep into the daylight hours, and he perpetually showed up late for almost any commitment required of a rising mixed martial arts star.

McGregor had reason to believe chaos was his natural environment: He was climbing to the pinnacle of the so-called combat sports, winning two UFC title belts and earning an absurd payday against Floyd Mayweather while becoming the most famous fighter in the world.

But McGregor knows the chaos gradually caught him and consumed him.

The last half-decade of McGregor's public life has been an exhausting stretch of competitive disappointments and continuous legal troubles, including at least three violent confrontations outside the cage. His side career as a whiskey distiller has been more successful than his endeavors in a boxing ring or a cage, where he has competed just twice — and hasn't had his hand raised in victory — since 2016.

McGregor has analyzed what went wrong, and he believes he has identified the source.

"Consistency and structure was missing," McGregor said Thursday after arriving a mere half-hour late to a UFC production facility in the Vegas desert. "Structure. I was sporadic with my work and with my life. I'm a lot more centered now, a lot more grounded and a lot more focused."

That means a regimented schedule for training, sleeping and eating. In fact, McGregor couldn't lounge in bed these days even if he still wanted to do it, thanks to two alarm clocks in his new Irish countryside mansion: His toddler son, Conor Jack, and his year-old daughter, Croia.

"With activity, with consistency and with structure, I can do anything, like I have done already," McGregor said.

Nearly 16 months after he lost to Khabib Nurmagomedov in his only mixed martial arts fight in over three years, McGregor (21-4) returns to the cage at T-Mobile Arena off the Las Vegas Strip against Donald "Cowboy" Cerrone, a fellow veteran brawler and UFC stalwart attempting to mount a comeback. 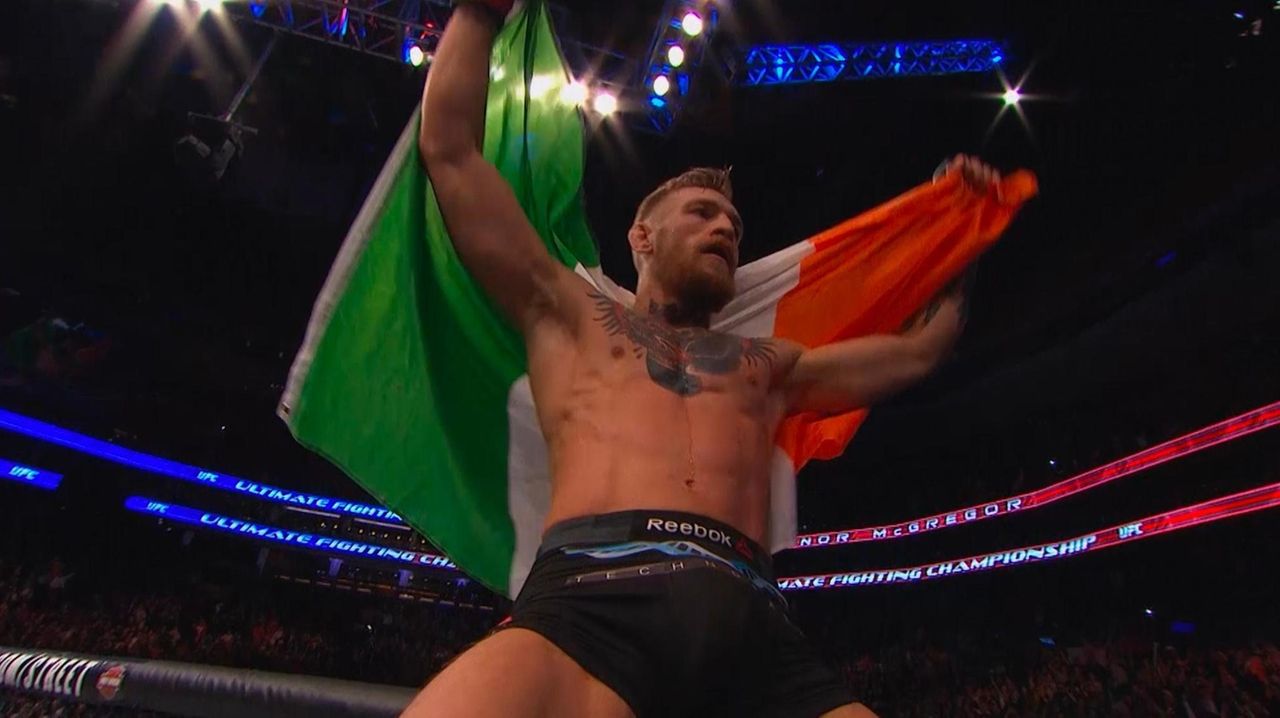 McGregor is promising a productive, active year from a fighter who still has fortune and fame but wants to reclaim the championships and the pride he lost.

Although he can still employ the swaggering persona that abetted his rise to fame, McGregor is notably humble in quieter moments these days. After multiple arrests and police investigations, McGregor has shown interest in keeping his cool.

When he is asked about the downside of worldwide fame, McGregor acknowledges it, but quickly adds: "I also understand that this is not a real problem. People have real problems. I rolled up in a bleeding Rolls Royce truck. My family is back home, and my son is playing in our Vegas home. I'm very, very blessed."

McGregor moved his family last summer to a new mansion in Kildare, a small town well west of Dublin where he could revel in the quiet beauty of the Irish countryside. When McGregor was still an up-and-coming fighter, he spoke of his desire to own Irish land, and the move has fulfilled it.

"It's a phenomenal property on beautiful grounds," McGregor said. "The Irish air, the trees and the forest are in it. It's like a park in the house."

According to many fans and journalists who have followed his career closely, McGregor's reputation in Ireland has taken several hits with his misbehavior. He no longer sparks the universal adoration that accompanied his rise. His believe is the move to the countryside has the added benefit of keeping him away from people and places that caused trouble for him before.

McGregor is still the biggest draw in the so-called combat sports, as evidenced by the eager headlines whenever he makes an offhand comment about resuming his boxing career against Manny Pacquiao, or maybe Mayweather again. McGregor has no set schedule for the rest of 2020, but he clearly hopes to fight more this year than he did in the previous three combined.

And though many wondered if his recent inactivity would become a retirement, McGregor says he couldn't do it.

"There's still weight on my shoulders, but I love it," McGregor said. "That's what I love to do. I want that feeling. You've got to have that feeling to get in there. It's a pressure game. I'm very happy with the situation now."