In certain circles, having a vertical oval attached to your name is less than ideal.

In other circles, such as eight-sided ones with a fence around them, a zero on the right side of a hyphen means positive things. It means you have yet to lose a fight, that you are undefeated and know only the action of your hand being raised at the end of a mixed martial arts bout.

This is where Israel Adesanya, the undefeated UFC middleweight champion, and Paulo Costa, the top contender, find themselves heading into Saturday night's main event of UFC 253 in Abu Dhabi. 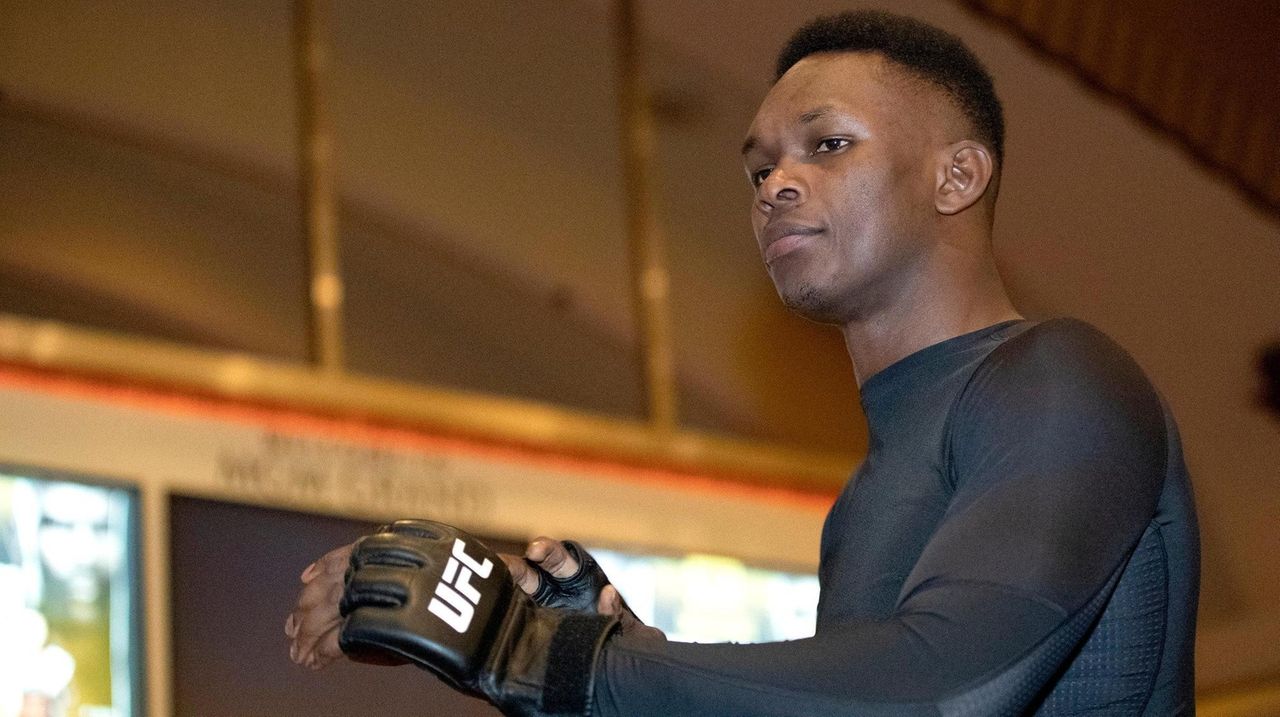 Adesanya is 19-0 in MMA, with wins over former UFC champions Anderson Silva and Robert Whittaker on his resume, to name a few. Costa is 13-0, with notable UFC wins over Uriah Hall and Yoel Romero.

Neither Adesanya nor Costa indicated this week that preserving the perfect record matters to them. So much so that Adesanya starting moving his head side to side to convey a "no" while the question of his undefeated record still was being asked.

"It’s never really been a thing," said Adesanya, who grew up in Nigeria before moving to New Zealand at age 10. "Hooray, it’s a zero. I don’t really care about it. But what I care about is whooping ass. And I’m good at doing that."

Costa also kept his focus on the opponent rather than the resume. "To me, I’m just a fighter and I don’t care if he’s undefeated or not," he said. "I'm going in there to do my work."

The UFC 253 fight poster did the talking for them, as "19-0" and "13-0" are included in big, gold type above the fighters' names. UFC president Dana White predicted this would be the fight of the year.

"I don't want to downplay the stakes," Adesanya said. "I feel like it is an important fight. It's going to be a great showcase. People say it's the fight of the year, like Dana White said, but that's only if he's tough enough to actually take a beating from me for five rounds. But I just don't think his gas tank is going to hold up."

The pairing of undefeated fighters in a title bout is a rarity in the UFC. Mixed martial arts lends itself very easily to even the best, most complete, most well-rounded, most dominant fighters losing a bout. Too many things can happen, from "getting caught" or a surprise submission after dominating the entire fight, an injury, an accident strike where the referee disqualifies the fighter. Those all have taken the zeros from fighters in the past, and they'll do so again.

The last time two undefeated fighters faced each other in a title bout was Nov. 12, 2016, when women's strawweight champion Joanna Jedrzejczyk beat Karolina Kowalkiewicz in UFC 205 at Madison Square Garden. They were a combined 23-0 going into that fight.

Before that, Ronda Rousey put her bantamweight title up against Holly Holm at UFC 193 in Australia in November 2015. Holm turned the sport on its head that night in front of 55,000 fans when she knocked out Rousey. At that point, Rousey was 12-0 and coming off three first-round finishes that lasted a total of 64 seconds. Holm left Australia with a 10-0 record.

Rewind to 2009 for the last time two undefeated male fighters met in a championship bout: Lyoto Machida vs. Rashad Evans at UFC 98. Evans was 13-0-1 before losing the light heavyweight title to Machida, who moved to 15-0 on that May night in Las Vegas more than a decade ago.

Part of the aura of being an undefeated champion comes with its rarity. Getting to the top without stumbling at all on the journey toward greatness isn't easy. Adesanya is just the 13th fighter in history to win a UFC title with an undefeated record in the sport, not just the promotion. On Saturday night inside the Flash Forum on "Fight Island" in the United Arab Emirates, Costa has a chance to add his name to that list.

"I love these kind of fights," White said. "When you have two of the baddest dudes in the world, undefeated, in their prime, facing off for the world title. Nothing gets better than this."