UFC bantamweight fighter Aljamain Sterling during a workout inside the garage-turned-home gym at Serra-Longo teammate Al Iaquinta's home in May 2020. Credit: Newsday/Raychel Brightman

On June 6, Aljamain Sterling figured to have secured what he's been fighting for -- a shot at the UFC bantamweight title -- when he submitted Cory Sandhagen in 88 seconds.

"He’ll get the shot after that," UFC president Dana White said after that fight at UFC 250.

Again in August, White said Sterling would be next in line to face champion Petr Yan for the 135-pound title.

Still, four months had passed since Sterling beat Sandhagen. In that time, plenty of speculation flooded social media, podcasts and articles. Would the former flyweight and bantamweight double-champ Henry Cejudo emerge from retirement to face Yan? Could Sandhagen surpass Sterling after a knockout win over Marlon Moraes last weekend? Or could Moraes, a former champion who has a win over Sterling from three years ago, leapfrog the Serra-Longo fighter from Uniondale had he beaten Sandhagen? 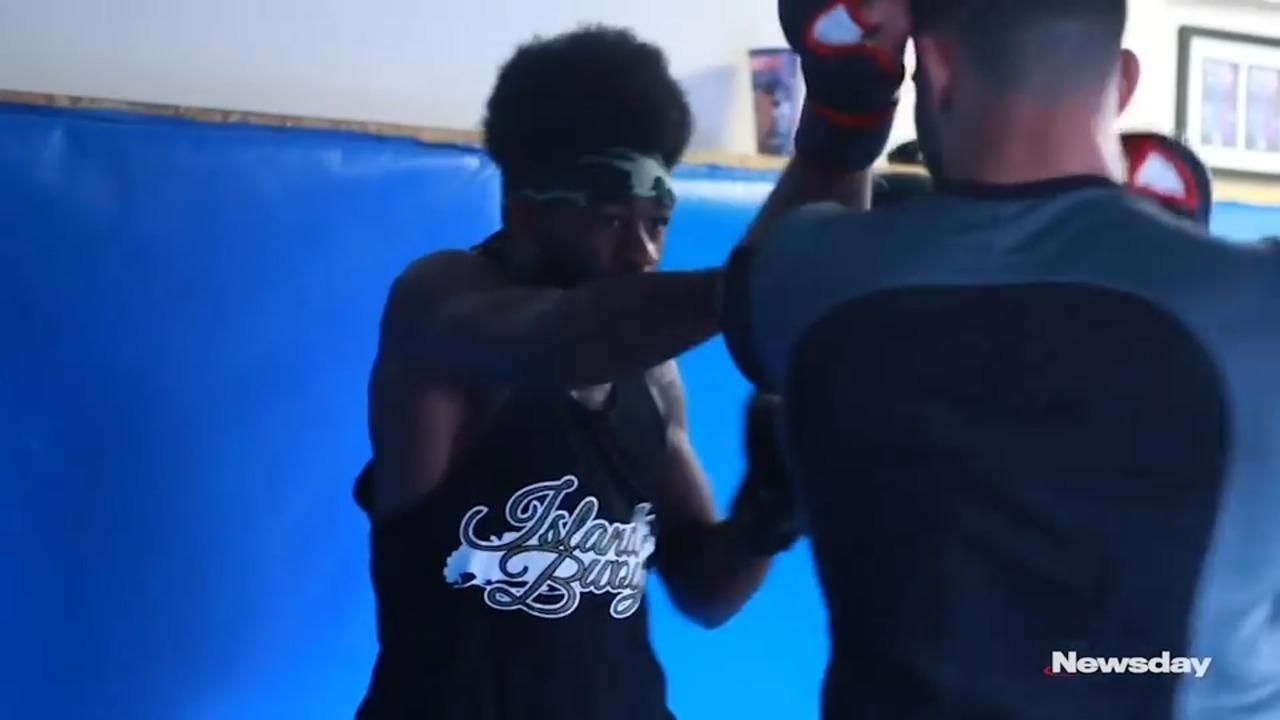 White put all speculation to rest Wednesday when he told ESPN and Yahoo! Sports that the promotion is targeting Sterling vs. Yan at UFC 256 on Dec. 12 in Las Vegas for the title. It is set to be the co-main event, with Amanda Nunes vs. Megan Anderson for the women's featherweight title as the main event.

"FINALLY!," Sterling, 31, tweeted after seeing the news on Twitter.

ESPN reported that the contracts were not yet signed. Given Sterling's tweet, it likely won't take him longer than removing the cap from the pen to sign the contract.

Sterling (19-3) has won five fights in a row and is the No. 1 ranked contender. Since losing to Moraes in December 2017, Sterling has beaten, in order, Brett Johns, Cody Stamann, Jimmie Rivera, Pedro Munhoz and Sandhagen. All were ranked fighters at the time Sterling faced them. Four of the five fighters remained ranked among the top 12 UFC bantamweights.

Yan (15-1) has won 10 straight fights, including 7-0 in the UFC. He beat Jose Aldo by fifth-round TKO in July to win the vacant title. Before that, the 27-year-old Russian stopped Urijah Faber and won decisions over Jimmie Rivera and John Dodson in 2019.

LI's Sterling overcomes adversity to extend win streakSterling, who needed just 88 seconds to submit No. 4 Cory Sandhagen at UFC 250 on Saturday, figures to be next in line for a bantamweight title shot. LI's Sterling quickly submits Sandhagen at UFC 250Bantamweight fighter needs only 88 seconds to finish Sandhagen in their bout at UFC 250 in Las Vegas. How the 'Dog Pound' helped Aljo prepare for UFC 250The Uniondale product's Serra-Longo teammates provided the necessary training the No. 2 ranked Sterling needed for a key fight in his quest for the UFC bantamweight title. 'I can't be broken': LI's MMA fighters on their mindset in the cageThe fighters -- Matt Serra, Aljamain Sterling and Chris Weidman -- talked about the incredible highs that come with winning as well as how they handle the stress.