Zero blemishes exist on the fight ledger for Ottman Azaitar.

Of Azaitar's 13 fights, he ended 10 of them in less than four minutes.

"I love that he’s got all these first-round finishes," Frevola said. 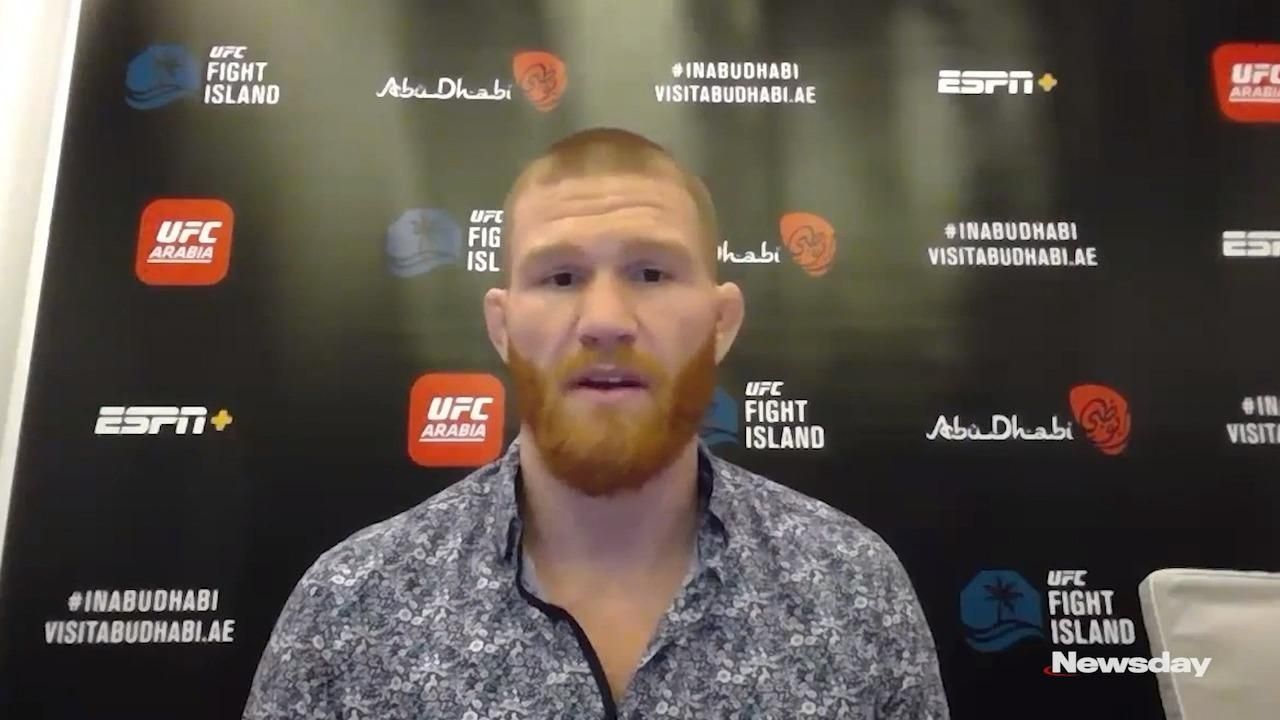 LI's 'SteamRolla' Frevola ready to fight again at UFC 257 Huntington's Matt Frevola will return to the octagon for the first time since October 2019 when he faces Ottman Azaitar on the UFC 257 main card on Jan. 23, 2021, in Abu Dhabi.

Fight 14 will see the German-Moroccan Azaitar against the Serra-Longo and Gracie Tampa South-trained Frevola in a lightweight fight at UFC 257 in Abu Dhabi on Saturday night. The bout will air on the main card on ESPN+ pay-per-view, headlined by the return of Conor McGregor as he faces Dustin Poirier in a rematch of their 2014 featherweight match.

"This guy hasn’t been tested," Frevola, 30, said. "That’s what I do. I test people. I'm looking forward to using my full arsenal of mixed martial arts and really dragging this guy to deep waters and seeing if he can swim and drowning him."

Frevola last fought in October 2019. He is glad his start-and-stop 2020 belongs in a time capsule now. Thrice last year, Frevola (8-1-1, 2-1-1 UFC) saw scheduled bouts become unscheduled. He had a fight booked for April 25 against Roosevelt Roberts, but that event was one of five canceled by the UFC because of the coronavirus pandemic. The UFC didn't return to hosting live events until May 9.

His fight against Frank Camacho last June was canceled during fight week after one of Frevola's cornermen, UFC fighter Billy Quarantillo, tested positive for COVID-19. Frevola's September fight against Roberts was scrapped the day before after he was injured.

"2020 was a rough year with all these fight cancellations I had, but 2020 was a rough year for everyone," Frevola said. "I stayed training. I stayed leveling up. I stayed working on my craft. It was just frustrating that I couldn’t show the world and fight and show everyone what I’ve been working on. But everything happens for a reason. We got on one of the biggest cards of the year, a Conor McGregor pay-per-view, against an undefeated opponent. Everything worked out. It’s all good."

"The SteamRolla" won both of his fights in 2019, a unanimous decision over Jalin Turner and a split decision over Luis Pena. Azaitar, nicknamed "Bulldozer," (as is Frevola's father, Sal "The BullDoza") is 2-0 in the UFC, with first-round knockouts of Teemu Packalen and Khama Worthy.

"This guy’s got a lot of hype. He’s definitely a hype train," Frevola said of Azaitar. "He’s not the first hype train I’ve derailed and he’s not going to be the last hype train I derail. That excites me. The last two guys were hype trains and we derailed them.

"I want all the non-believers to believe," Frevola added. "All the doubters are going to know my name."