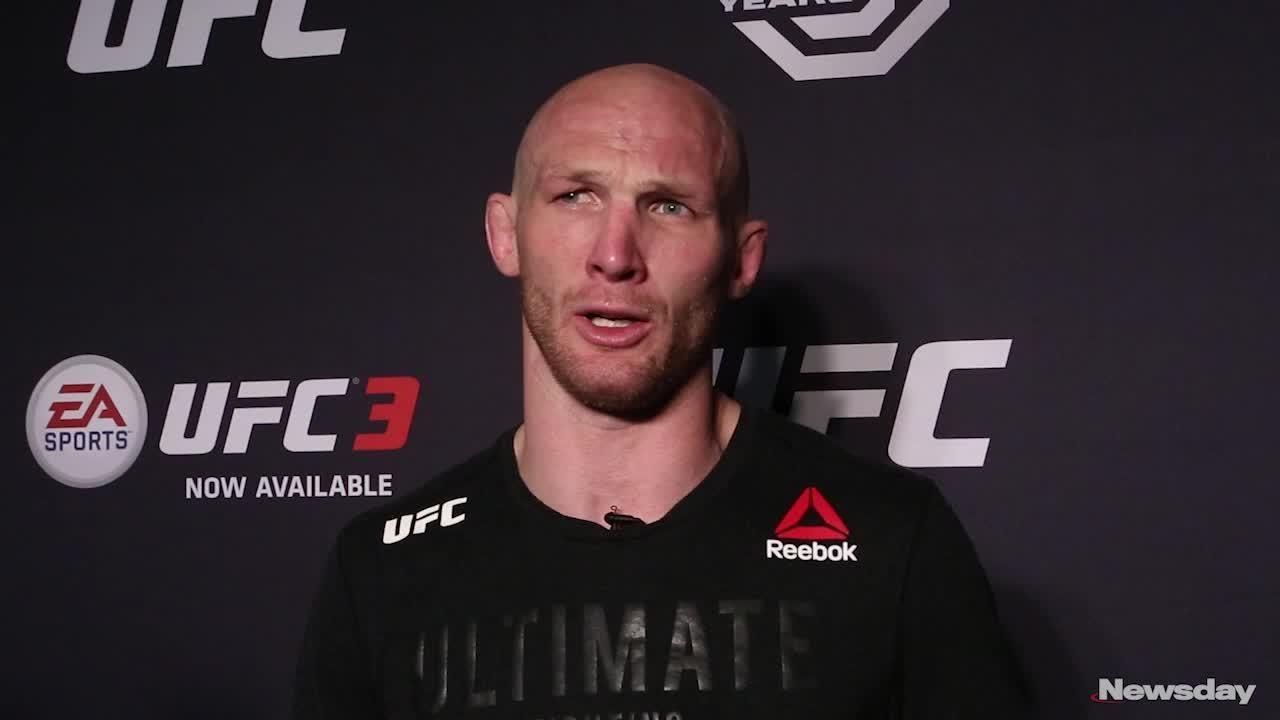 Ryan LaFlare has made a career out of grinding his opponents down, putting them in uncomfortable positions for 15 minutes and coming out the other end with his hand raised.

His return to the cage at UFC Fight Night 128 on Saturday at Boardwalk Hall was no different.

LaFlare was dominant in his welterweight matchup with Alex Garcia, winning a unanimous decision with a 30-27 score on all three scorecards.

“It played out pretty much as I expected,” LaFlare,a Lindenhurst native, said. “I saw everything he threw at me. I don’t think he hit me with one clean punch.”

LaFlare looked to create space with some kicks and control the fight with his grappling in the first round, but took his time and avoided the type of big shot that ended his fight early the last time around. LaFlare landed an inside leg kick that tripped Garcia late in the round, but little damage was done by either fighter.

In the second round, LaFlare continued to do what he does best, controlling position and tying up Garcia while avoiding damage and finishing the round on top.

The third round was much of the same for LaFlare, who searched for submissions late in the round. The referee brought the fight back to its feet in the final minute, only for LaFlare to bring the fight down once again. A nice knee landed at the bell, but the fight already was headed to the judges.

The victory over Garcia puts LaFlare back in the win column following a knockout loss in his previous bout, which came at the UFC’s Long Island debut last July. In that fight, LaFlare was caught by one punch in the by Alex Oliveira, sending him to the canvas in the second round.

This time, LaFlare made sure to avoid the big shot, earning his first victory since February 2017.

“I’m getting older, so I want to fight some really high-level guys,” LaFlare said. “I need to test myself. I should change my nickname to ‘The Decisionator’ Ryan LaFlare. I’m fine with it. I own it. I know this fight wasn’t super exciting, but even in the last 10 seconds I was going for the finish. I hit him with a knee. If I had another 10 seconds, I could have finished him.”