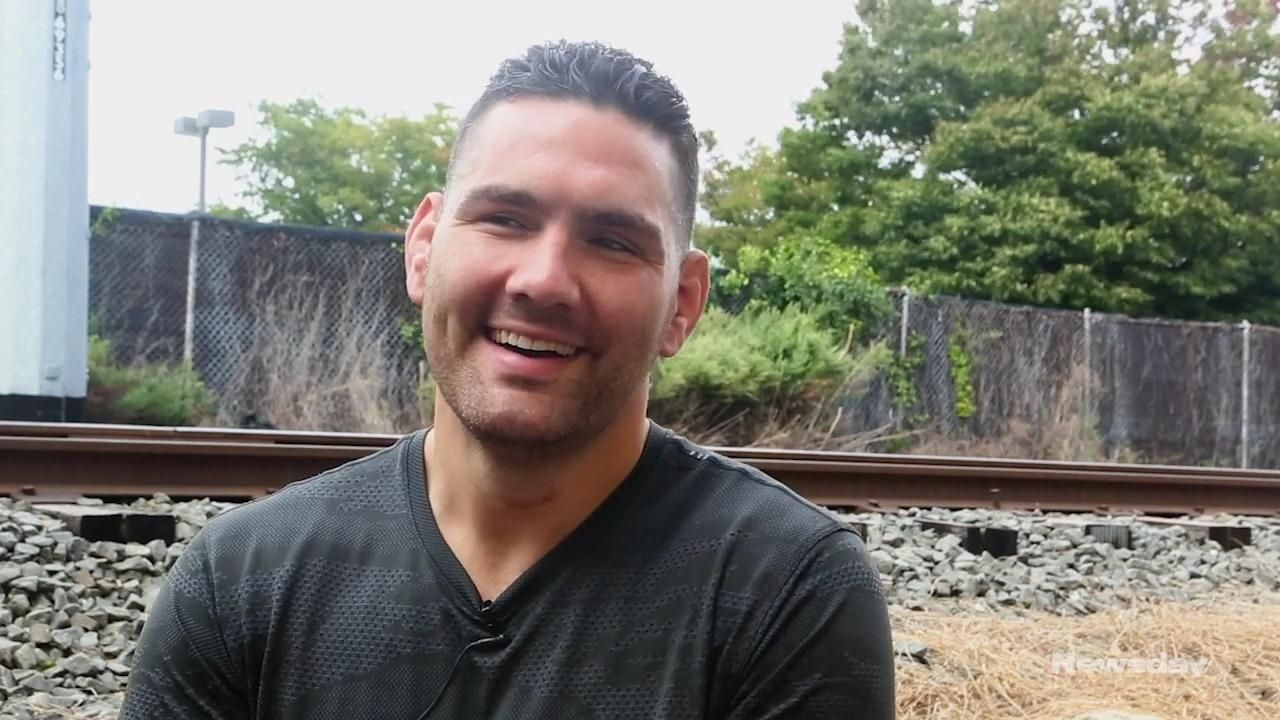 Baldwin's Chris Weidman reflects on his UFC career thus far, a journey that saw him become the second longest reigning UFC middleweight champion to losing four out of his past five fights. He now moves up to light heavyweight and faces Dominick Reyes at UFC Boston on Oct. 18, 2019. Credit: Newsday / Mark La Monica

Here is a quote from Chris Weidman, the former UFC middleweight champion from Baldwin that may help explain his move up a division to light heavyweight:  “You kill yourself so badly 24 hours before a fight, you think that it probably has some type of effect on you the next day when you’re in the octagon.”

And now for some context to help bring a little more understanding to what Weidman and many mixed martial arts fighters do to themselves as they chase the glory and accolades that come with entering an arena full of thousands of people screaming and cheering (or booing) every punch, kick, slam, takedown and submission attempt.

With Weidman now competing in the 205-pound division instead of 185 pounds, he doesn’t figure on having to cut much weight the night before weigh-ins. So, perhaps no more hot tub/cold tub alternating, and maybe no more sauna suits and no more being mummified in hot towels to suck out as much water as possible. No more scraping the body with a credit card to get water off so that more than come out of the pores.

No more powering through non-stop cardio workouts while cloaked in multiple layers of heavy sweatshirts and sweatpants and wool hats that leave him hunched over the stationary bike like a drunkard at Penn Station after they missed the last train home on the weekend and have everyone else in the room wondering if this is the time those last few pounds just won’t come off.

“We’re kind of letting my body naturally do what it wants to do,” Weidman said after a recent sparring session as he prepares to face Dominick Reyes in the main event at UFC Boston on Friday. “The weight cut is going to be nothing compared to what I’m used to, so I think that’s going to allow me to really reach my potential in that cage.”

Surely, there will be some effort needed for Weidman to slim down to 206 pounds (each weight class has a one-pound allowance) by Thursday morning. He said he didn’t have a strict number he planned to start fight week at, just wherever he felt comfortable. In the past at middleweight, Weidman typically would drop 15-17 pounds during fight week.

Weidman last fought in November when he lost by third-round knockout to Ronaldo "Jacare" Souza in a fight at MSG that he was winning on the judges' cards until they each threw right hands and Souza's landed quicker and more flush than Weidman's. In the months since, Weidman has had surgeries on his neck and knee. The time off helped him decide to move up in weight.

“I felt like a lot of that was because I was depleting my body of nutrition, cutting all that weight for all my fights," Weidman said. "I always thought I could go 205 and do well, and I always wanted to go 205 at some point. It was just a matter of time."

In Reyes, a former football player at Stony Brook, Weidman faces an undefeated fighter ranked No. 4 in the division.

The second longest reigning middleweight champion in UFC history enters the light heavyweight division having won only one of his last five fights.

“I hate those numbers, 1-4. I like to say I’m 14-4, those are my only losses,” Weidman said. “It’s just weird because I was undefeated for so long. World champion, being undefeated, and I just imagined myself undefeated forever.

“It’s my story. It is what it is. It’s not what I imagined it being, but it’s all good. I’ve accomplished a lot in this sport already."