No numbers precede the name of Chris Weidman heading into his fight on Saturday night for the first time since the UFC debuted its official rankings in 2013.

"It's weird," the former middleweight champion from Baldwin said as he returns to the division he once reigned after a one-fight journey up at light heavyweight.

It largely is irrelevant as well, for what matters more are letters. With letters -- in this particular case, a "W" -- come numbers. And Weidman needs such a letter when he faces 11th-ranked Omari Akhmedov in the co-main event of UFC Fight Night at the UFC Apex in Las Vegas.

He's had enough of seeing that other letter -- the one that starts at the top, goes downward in a straight line, then makes a sharp right turn and continues for a bit until coming to a halt. 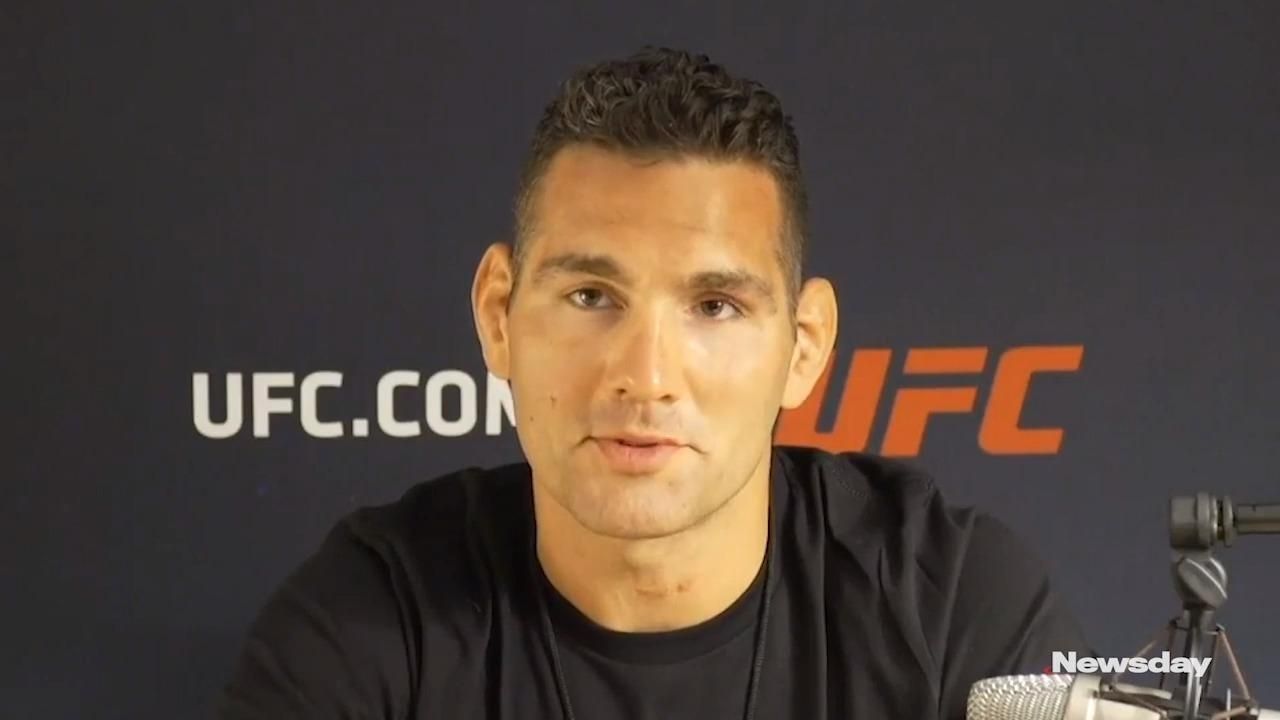 "It's hard to say, but the facts are true," Weidman said. "Everyone wants me to say it. I lost five of my last six fights."

Once 13-0 and on top of the world as reigning UFC middleweight champion, Weidman now is 14-5. Those five losses have come to, in order, middleweights Luke Rockhold, Yoel Romero, Gegard Mousasi and Ronaldo Souza and then light heavyweight Dominick Reyes last October. All were ranked in the top five at the time Weidman faced them. Wedged in there -- on a summer night at Long Island's Nassau Coliseum in 2017 -- was a submission win over Kelvin Gastelum, who laterwould fight for the middleweight title.

Weidman, 36, wants to put his recent struggles behind him. His new contract with the UFC may help him do that.

"The fact that they still believe in me and they want to incentivize me and keep me made me feel really good," said Weidman, who had one fight left on his old deal. "I thought they were going to just wait to see what happens in my next fight. If I lose, then test free agency, if I win, they'd probably want to re-sign me."

Weidman originally was scheduled to fight Jack Hermansson on May 2 in Oklahoma City. Weidman was in town doing promotional work for the event on March 11 and was at the Chesapeake Energy Arena for the Oklahoma City Thunder vs. Utah Jazz game the night Rudy Gobert tested positive for the coronavirus and the NBA suspended its season.

The sports world changed that night. In the months since, Weidman's potential opponent and fight changed multiple times. Weidman said he was offered a fight with Hermansson again, as well as Edmen Shahbazyan twice and Yoel Romero once. Amid quarantines in New York and elsewhere, the inability for some fighters to come into the United States, catchweights, acceptances and declines, and other uncleared hurdles, those fights never materialized.

Instead, Weidman faces Akhmedov, a 32-year-old fighter from Dagestan, Russia. Akhmedov (20-4-1, 8-3-1 UFC) has won his last three fights, all by unanimous decision. He last fought at UFC 245 in December and beat Ian Heinisch.

"I'm happy to be fighting, man, I'm super excited. I've been preparing for a fight for a while. Like, during the quarantine I was ready to fight in early May, and it just got pushed back, pushed back, pushed back," Weidman said. "I actually haven't been this ready for a fight in a long, long time, because I've been training injury free longer than I probably have in a long time. I feel great, man. I'm excited to go out there and bring 'The All-American' back into the cage."

Weidman prepared for UFC middleweight returnBaldwin-raised Chris Weidman discusses his return to middleweight as he faces Omari Akhmedov at UFC ...

Even with all the hurdles so far, Nets still in good position
Nets' Durant expected to miss All-Star Game again
Nets start strong without Big 3, but lose to Nuggets
Knicks struggle to keep up in blowout loss to Heat
Vermont shooting proves too much for Stony Brook in loss
Harden more frustrated than unhappy with Nets
Didn’t find what you were looking for?