Darren Till appears at the UFC 244 ceremonial weigh-ins on Nov. 1, 2019 at the Hulu Theater at Madison Square Garden. Credit: Newsday/Ryan Gerbosi

The final UFC event on “Fight Island” in Abu Dhabi on Saturday will be headlined by Robert Whittaker and Darren Till, a pair of middleweights looking to earn a title shot.

Whittaker (20-5, 11-3 UFC) is a diverse, powerful striker who racked up eight straight wins before losing the title in his last fight to Israel Adesanya in October. He ranks fourth among active middleweights with 4.9 strikes landed per minute, according to UFCstats.com.

While his wrestling credentials often are overlooked, he qualified to represent Australia in the 2018 Commonwealth Games. It just isn’t something he incorporates offensively as he’s only attempted one takedown in his last five fights. But his 84% takedown defense is a key to his game.

Whittaker's 0.68 knockdowns per 15 minutes ranks him ninth among active middleweights and four of his eight wins at 185-pounds have come via knockout or TKO. In his first middleweight fight he knocked out Clint Hester with a knee. He followed that up with a knockout of Brad Tavares via punches. His last two knockouts were both by head kick over Derek Brunson and Jacaré Souza. 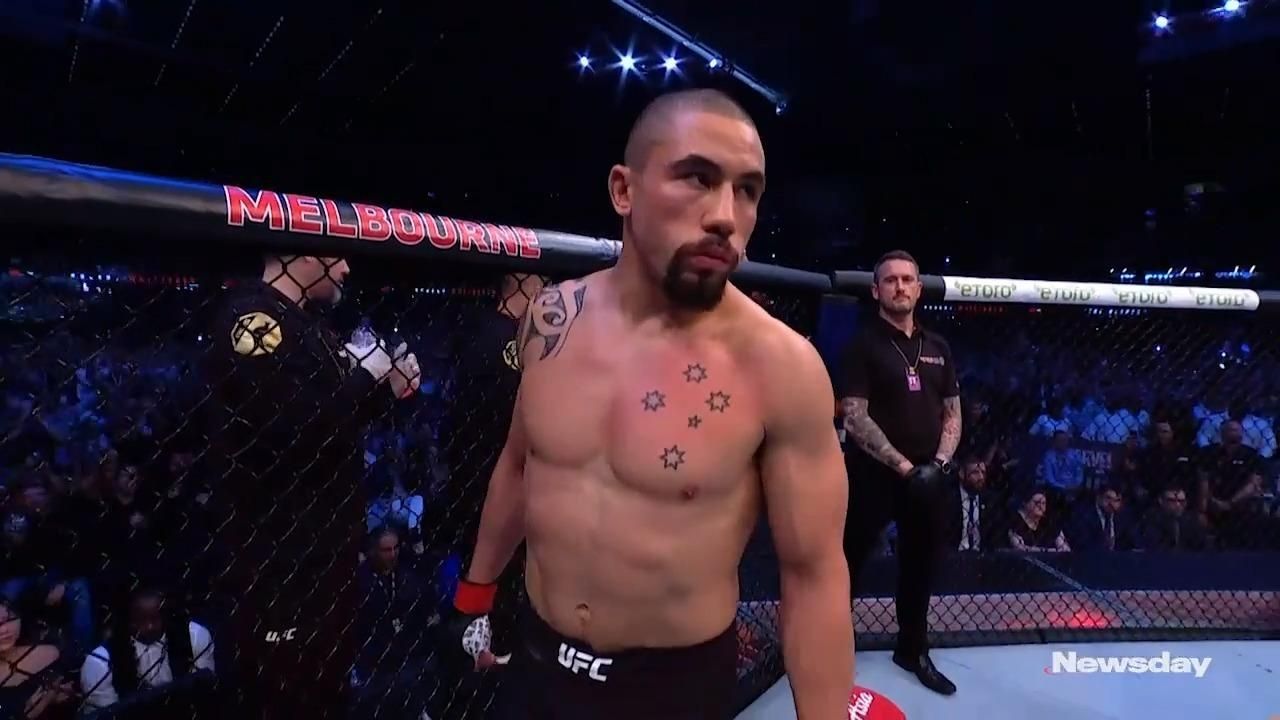 Whittaker, Till on preparing for fight amid pandemic Robert Whittaker and Darren Till spoke about how they prepared for their middleweight bout, in the main event of UFC Fight Island 3 on Saturday on Yas Island in Abu Dhabi, amid the global COVID-19 pandemic. Credit: Newsday

Staying active has been an issue for Whittaker. This will be only his fourth fight since the summer of 2017. When he’s in there, he’s an exciting, elite fighter.

After losing a welterweight title shot against Tyron Woodley in September 2018, Till was sent packing from the division with a spectacular knockout loss to Jorge Masvidal in his home country of England. Till (18-2-1, 6-2-1 UFC) was a massive welterweight who missed the 170-pound limit twice in his eight fights before moving up to 185 pounds.

His first middleweight fight in the UFC was a split-decision win over Kelvin Gastelum last November. Neither fighter won the same round on all three judges' cards during that three-round fight.

Till also has strong takedown defense at 82%, so this fight should primarily be contested on the feet. Whittaker’s volume striking and Till’s willingness to be patient and wait for the big shot make this an intriguing fight with the potential for some dynamic exchanges.

Walker shelled again as Blue Jays rout Mets
Lennon: Yankees have to be buyers, and this win backed that up
Yankees stun Red Sox by scoring four two-out runs in eighth
LI's O'Brien helps U.S. women's eight boat win heat
Lamoriello happy with cap space, but needs to replace lost players
Sanchez seems to be improving, could play Sunday
Didn’t find what you were looking for?