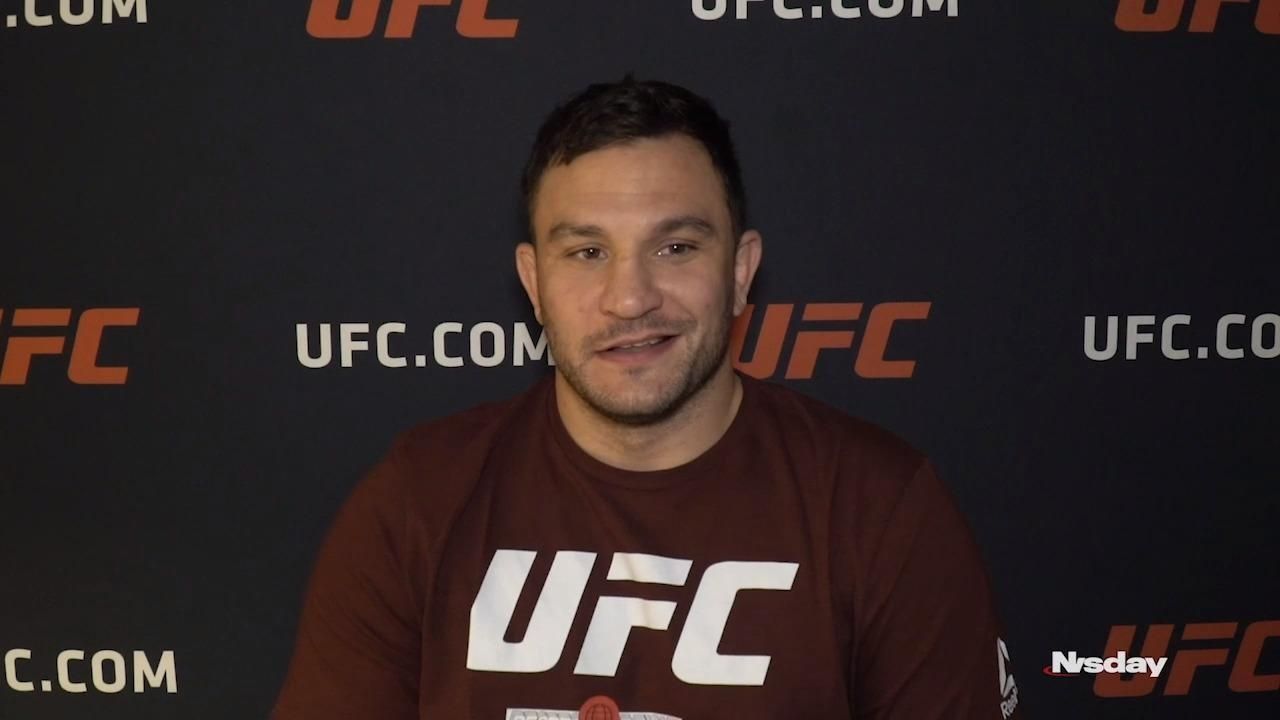 His first fight during a pandemic, one that changed the way many people do many things.

"There's not a lot of people back home to train with," Villante said. "So it's pretty much just been me and Chris [Weidman] a lot."

His first fight in the UFC's heavyweight division after competing at light heavyweight for the better part of a decade. 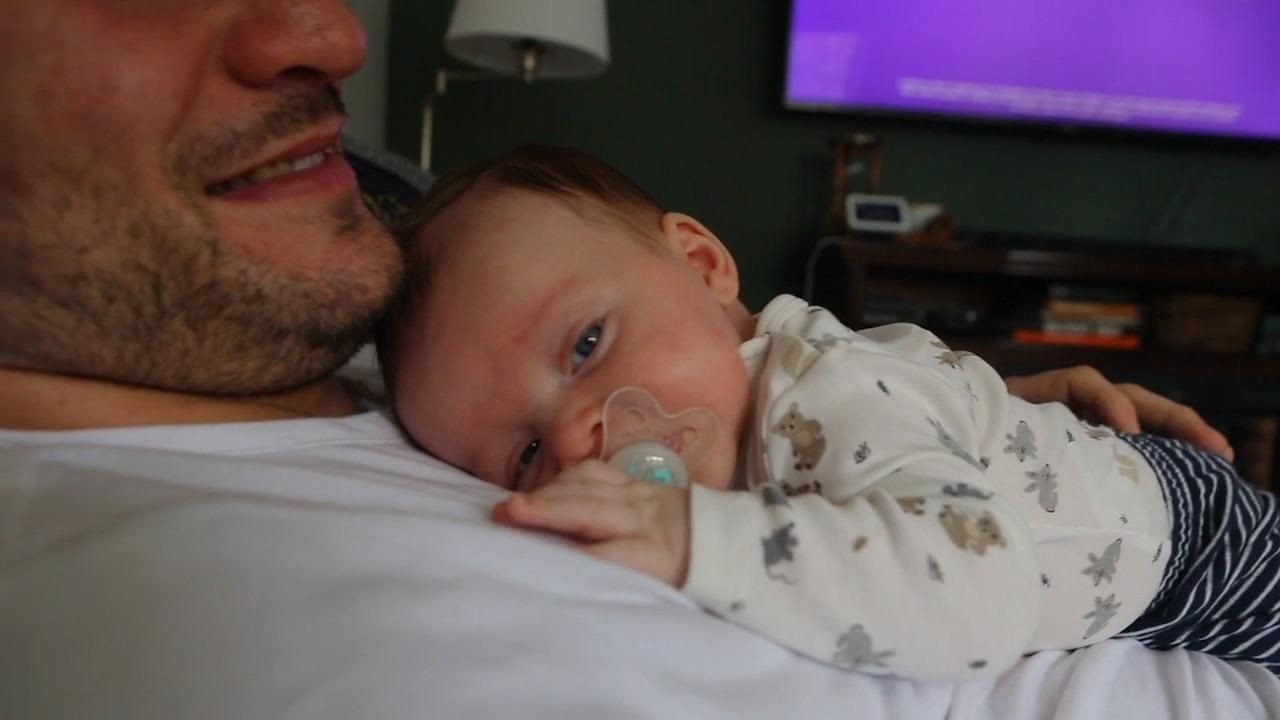 LI's Villante on dad life in quarantine: 'I got to spend every day with my son' UFC fighter Gian Villante was able to spend quarantine time in Long Beach bonding with his son, Gianluca, who was born on Christmas morning. Villante faces Maurice Greene at UFC Fight Night in Las Vegas on June 27, 2020, his first fight as a father. Credit: Newsday / Mark La Monica

"Getting down to 205 would have been some adventure," Villante said, referencing quarantine and gyms in New York still being closed because of coronavirus restrictions. "So, you know, this just happened to work out. The timing was kind of perfect to move my way up."

His first fight as a father to baby boy Gianluca, born on Christmas morning.

"Before the fight, you think like a win here or a loss here, is either the best thing or the worst thing," Villante said. "For me, I know, no matter what, I'll have my best thing still back at home. No matter what happens out there, I know whenever I get to go home, I still have my little guy there to hang out with."

Villante, 34, will face Maurice Greene on the main card at UFC Fight Night in front of the empty seats of the UFC Apex in Las Vegas. Dustin Poirier and Dan Hooker headline the event airing on ESPN and streaming on ESPN+.

Villante (17-11, 7-8 UFC) last fought in February 2019, losing by first-round TKO to Michal Oleksiejczuk. He was scheduled to face Ben Rothwell on the original UFC 249 card in Brooklyn before the pandemic ripped apart two months' worth of fight cards, among other more important big-picture things in the world.

Fight week is typically an ornery string of days for fighters, with Villante no exception. A fighter must contend with the stress, nerves and anxiety of the fight at a time when they also must battle the scale as they dehydrate and malnourish their bodies to make weight by Friday morning.

Not this time for Villante. He's a heavyweight, a division that allows fighters to weigh anywhere between 206.1 and 266 pounds, the largest such span of any weight class in MMA. He can eat whatever he wants. But more important than not counting calories is not having to think about it.

"Liking it, liking the move up. This makes me think I could do this a couple fights longer," said Villante, who last fought at heavyweight in 2011 for Strikeforce. "Going down to 205, I'm always like, 'Why do I do this? I should get a new job.' Being up at heavyweight, it's not as bad, man.

"It's a sense of relief more than freedom that I just don't really have to worry about that, because it really is scary. I've never missed weight, but it's something that I've always feared."

Thursday night usually is the worst night for a fighter. That's the big weight-cut night. And there's no time left for margin of error. Not this Thursday for Villante. He said he planned to work out a bit to stay fresh and keep moving but didn't plan on cutting any weight in the sauna or the like for old time's sake as a way to keep things relatively normal.

Villante's only worry this week, after he and cornermen Keith Trimble, Jonathan Amato and Andre Harrison all tested negative for COVID-19, is his opponent. Greene, 33, has a four-inch height and reach advantage and more experience moving around the cage with the extra weight. Greene (8-4, 3-2) has lost back-to-back fights, most recently by second-round submission to Alexey Oleynik at UFC 246 in January.

Greene has a 33% takedown defense success, but Villante likes to throw big shots. Villante's 741 significant strikes landed are fourth most in UFC light heavyweight history. And his 85.4% takedown defense accuracy is third, behind Jon Jones (95%) and Ryan Jimmo (87.5%)

"I like to go forward, I like big shots, I'm willing to trade with anybody," Villante said. "And I think that's a good thing for heavyweight. It could prove to be dangerous, but it can also prove to be fruitful. We'll see which way it turns out on Saturday. My thing is to go in there and trade, have some fun and make exciting fights. I think Maurice will try to make it more of a fight where he stays long and stays away. My whole thing is to try and make it dirty, move forward and put some leather on him."

Jets' deal for Flacco becomes official
Rangers winger Alexis Lafreniere: 'I have to be better'
Woody on Jets' Douglas-Saleh leadership: 'We will get it right'
Hefner to return as Mets' pitching coach
Giants look in the mirror for flaws, emphasize self-improvement
Jones' catch a true rarity for Giants
Didn’t find what you were looking for?