Hunter Azure pushed the pace in the first round, swinging hammers from all different angles.

Brian Kelleher took it all and returned a few as well.

But it wasn’t until the second round that Selden’s Kelleher began to assert his pace, his pressure, his punching on Azure. It culminated with a knockout victory in a featherweight bout Wednesday night at UFC Jacksonville in the VyStar Veterans Memorial Arena.

“I’m always a little bit of a slow starter, I got to work on that,” Kelleher said. “As soon as I find my range and confidence, it’s a whole different fight.” 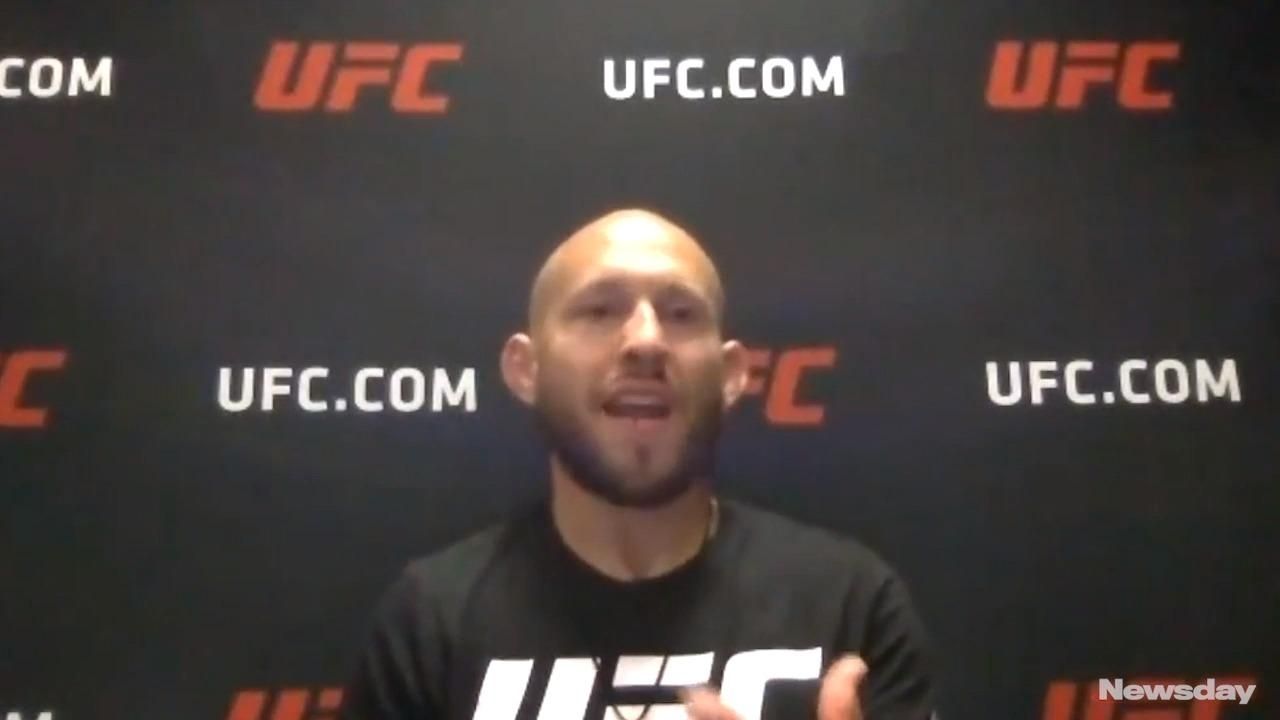 Kelleher (21-10, 5-3 UFC) opened the second round with several shots that helped build his confidence. It kept building to a crescendo and reached its zenith when Kelleher landed a clean, crisp left hook that dropped Azure.

“That was a picture-perfect left hook right there,” Kelleher said.

Figuring Azure (8-1, 1-1) was knocked out, Kelleher raised his hands in victory. But he very quickly noticed that the referee hadn't yet stepped in to stop the fight, so Kelleher swarmed in and landed two hammer fists to secure the knockout win at the 3:40 mark of the second round.

Kelleher and Azure were awarded Fight of the Night and received $50,000 bonuses for the performance.

Azure outstruck Kelleher, 62-29, but one strike from Kelleher made the difference.

“We were pretty sure we were going to catch him with an overhand or a hook,” said Kelleher’s trainer Brian Michelino, who studied Azure’s previous fights on video. "[Brian] was working those snap kicks. That was a new wrinkle in his game I was happy to see come out."

During his post-fight octagon interview with Daniel Cormier, Kelleher called out “Suga” Sean O’Malley and also asked for tye-dye Reebok fight shorts to go along with the camouflage shorts Bryce Mitchell keeps asking about.

Outside the cage after the bout, Kelleher and UFC president Dana White were talking for a few minutes. Kelleher said White was telling him about a friend who made an in-round bet on Kelleher, an underdog, shortly before he recorded the knockout.

Kelleher normally fights at bantamweight, but this bout was contested at featherweight to help accommodate the fighters’ weight-cutting during the coronavirus pandemic where gyms are closed and stay-at-home orders are in place in most states.

“It was a big difference, especially coming into fight week, not really having to stress it too much,” Kelleher said. “The power showed at featherweight. I had al to of power behind those punches. It felt a little different than bantamweight, but I don’t think I can fight these big featherweights.”

This is the second of three events the UFC has hosted in Jacksonville this week, with the third coming up on Saturday night. No fans are allowed in attendance for any of the events as the COVID-19 pandemic has altered virtually every facet of life. All fighters, trainers, cornermen, officials and people associated with the bouts have been tested multiple times while in Jacksonville.

Hawks' McMillan puts his postseason coaching failures in the past
For Liberty's Rebecca Allen, much has changed
Best: Isles' strategy to contain Sid -- Bang Crosby
ESPN announces multi-part Jeter documentary
Mets' Pillar has broken nose, will see specialist
Watch Luke Voit's first homer of the season
Didn’t find what you were looking for?