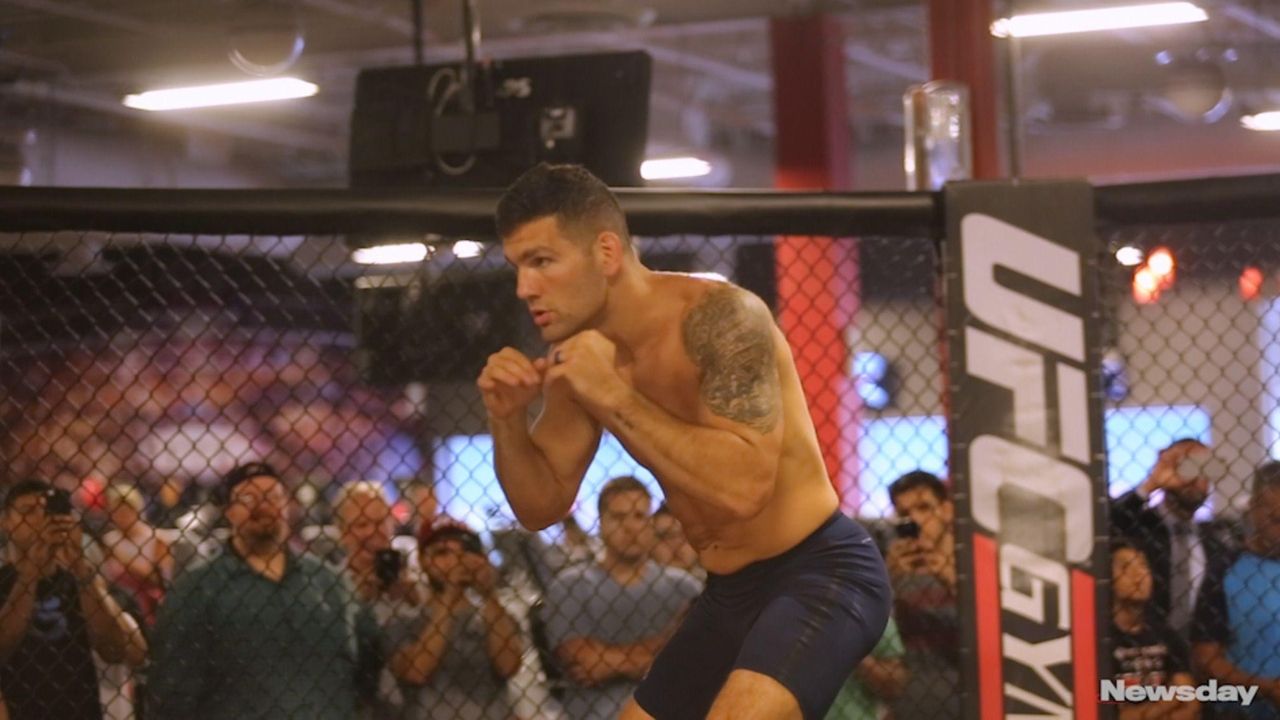 Kelvin Gastelum has a chance to take out the former 185-pound UFC champion on Saturday, yet the 170-pound belt still is on his mind.

Gastelum faces Chris Weidman at the UFC’s Long Island debut in a middleweight main event, his third straight fight in the division since coming up from welterweight following a history of issues cutting weight. He left both of his previous fights at 185 pounds a winner, although the second was changed to a no contest after a positive test for marijuana metabolites, but he’s not ready to make middleweight his permanent home just yet.

“I still have my eyes set on that 170 title, and we’ll see what the future holds,” Gastelum said Thursday at UFC Long Island open workouts at UFC Gym in New Hyde Park.

Gastelum (13-2, 1 NC) is 5-2 in the UFC’s welterweight division, but missed weight in two of those fights. He was supposed to fight Donald Cerrone at UFC 205 last November at Madison Square Garden but was unable to come close enough to an acceptable weight for the fight, no-showing the weigh-in.

Gastelum hasn’t yet formally asked to go back down to welterweight, but it’s something he eventually wants to happen.

“For now, I’m keeping my mouth shut, but I’ve been very vocal about still having my eyes on that 170-pound title.”

Much of Gastelum’s desire to go down in weight once again comes from his split-decision loss to Tyron Woodley in early 2015, before Woodley won the welterweight title.

“If you look back at the fight with me and Tyron Woodley, a lot of people would agree with me that he didn’t win that fight, so I would love to get my hands on him one more time,” Gastelum said.

Gastelum was defeated in a grueling matchup after missing weight by nine pounds.

Gastelum has unfinished business at 170, but he’s not against staying at middleweight if he can make a title run.

“That too, why not? If I’m able to get a title shot after this fight, then I’ll take it, absolutely,” Gastelum said. “I don’t cut much weight to make the middleweight limit, so I feel happy. I’m still eating, I’m still drinking, I feel good.”

The next shot at champion Michael Bisping will be reserved for Robert Whittaker, who won the interim title earlier this month over Yoel Romero, but there aren’t many other realistic contenders knocking on the door at middleweight.

“For sure, the next stop would possibly be getting a title shot. I don’t see why not, Gegard Mousasi’s out of the conversation, Luke Rockhold’s been missing in action for the past year. Yoel Romero and Jacare Souza are coming off losses, so I think it would make more sense to put me in next.”