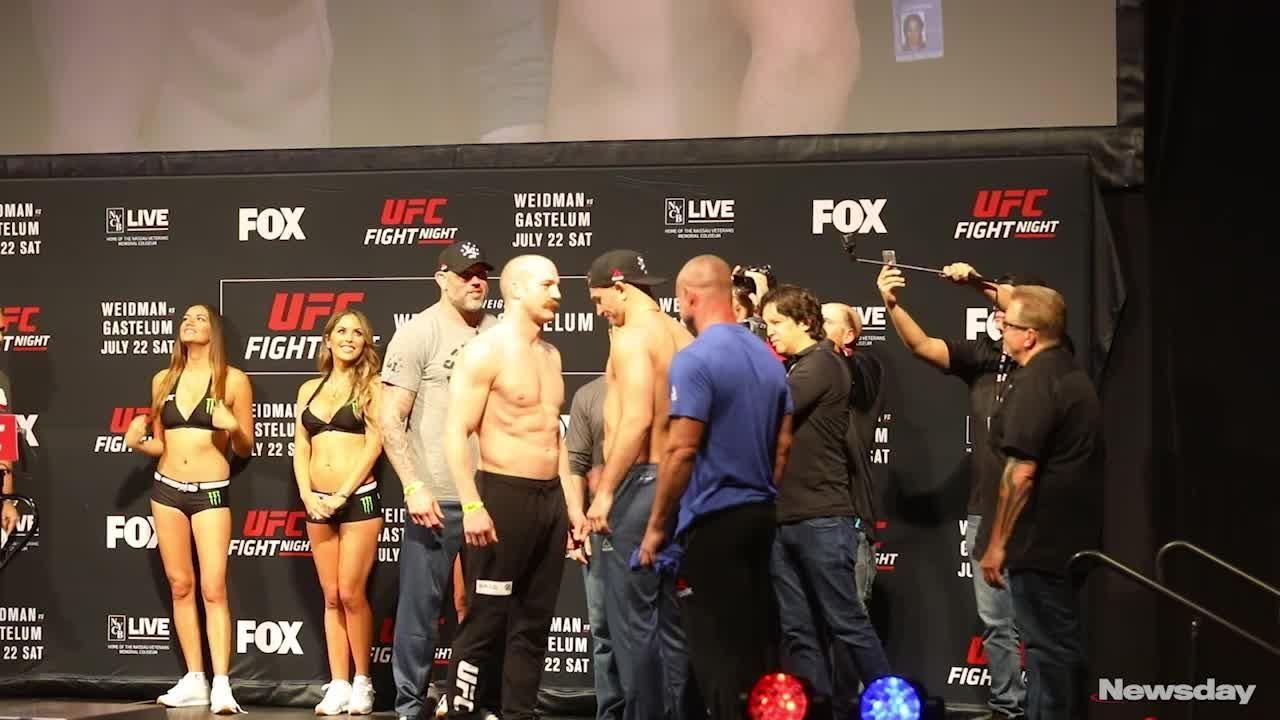 The ceremonial weigh-ins for UFC events are essentially just some televised pageantry to help promote the next day’s fights. All the drama that used to come with the afternoon weigh-ins was moved to the morning a little more than a year ago.

But that didn’t stop a couple hundred or so people from attending the show at Nassau Coliseum on Friday evening to get ready for Saturday’s UFC Long Island.

“This is a dream come true,” Weidman said calmly after his friendly staredown with opponent Kelvin Gastelum.

Then Weidman ratcheted up the intensity for the biased crowd. “Long Island, stand up baby, let’s go!” he screamed into the microphone. The crowd obliged.

Weidman is one of six Long Island-based fighters on the card. Another three are from the City. Not surprisingly, they received the loudest ovations.

“I’ve known Chris for a few years now, but this is business,” Gastelum said. “For 25 minutes, we’re gonna put the friendship aside and put on a show for you guys.”

Below are the official weigh-in results from Friday morning. Fighters had a two-hour window from 9 to 11 a.m. to weigh in at the Marriott Hotel adjacent to the Coliseum. All fighters made their contracted weights.