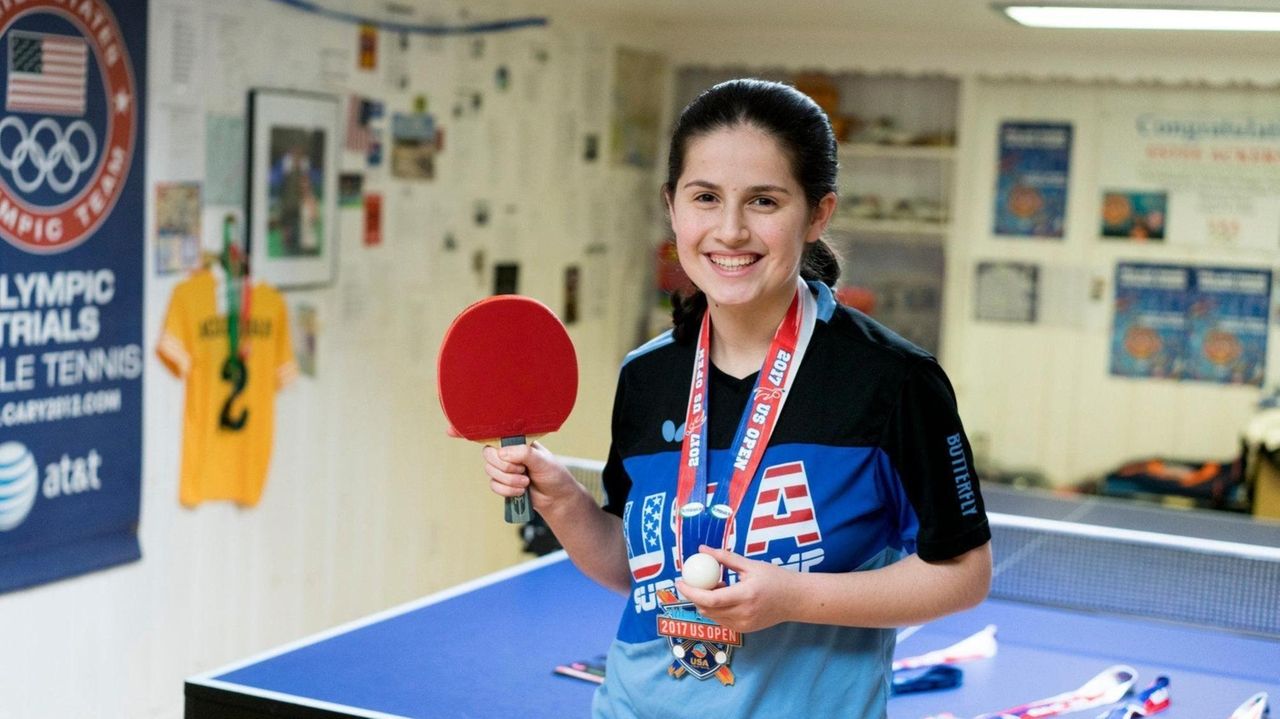 On Thursday, January 2, 2018 Newsday got an inside look into the life of 16-year-old Estee Ackerman of West Hempstead, a table tennis phenom looking to become the first American to win an Olympic medal in that sport. She aims to qualify for the 2020 Summer Olympics.  Credit: Johnny Milano

Estee Ackerman, 18, of West Hempstead, is the 33rd-ranked women’s player in the country but will be forced to skip the four-day Olympic trials because parts of the tournament would require her to play during the Jewish Sabbath, from sundown Friday to sundown Saturday. The trials are Feb. 27-March 1.

Her father, Glenn Ackerman, said he was informed of the decision Friday afternoon, hours before his personal deadline to register his daughter (he also observes the Sabbath) and a day before the tournament’s official registration deadline.

Emails to multiple members of USA Table Tennis requesting comment were not returned.

“I do not think they [USA Table Tennis] would” be able to switch things around, Glenn wrote in an email regarding the decision, “but I had to try for her. We have absolutely no ill will to anyone at USATT and appreciate them at least thinking it over.”

Estee Ackerman, who is Orthodox Jewish, currently is playing in Israel. She was willing to fly back to New York and then to the trials in Santa Monica, California, if the governing body had agreed to make certain shifts in its round-robin tournament.

Ackerman would have been able to play Friday until about 5 p.m. and resume at about 6 p.m. Saturday, but with no accommodation, she would have to default on the matches scheduled during the Sabbath, essentially forfeiting her chance at the Olympics.

“I do understand that the tournament is not just about Estee,” Glenn said Friday morning, before the final decision. “It’s about the 60 or 70 other competitors. If they can’t [accommodate us], they can’t. We’re never mad at them. We’re never upset at them. I know if they could, they would.

“I at least wanted to make an attempt.”

Glenn Ackerman said he recognizes that his daughter would enter as something of a long shot, but “in sports, you never know what happens,” he said. “We want her to inspire others to live out their dream.”

Either way, he insisted Estee — who hopes to vie for spots in the 2024 and 2028 Olympics — will be rooting ardently for Team USA, a relative underdog in a sport dominated by China.

The United States has never medaled in table tennis — men’s, women’s, singles or doubles — and China has 53 of the total 100 Olympic medals ever awarded in the sport.

Glenn said they have not decided how to handle the situation if Estee does qualify for the Olympics someday. Many of the Olympic matches are during the week, when it wouldn’t conflict with the Sabbath.

“Estee knows we don’t worry about things that haven’t yet happened,” he said. “The first concern is going to be, could she make it.”

She’ll have to wait at least another four years to find out.

On Thursday, January 2, 2018 Newsday got an inside look into the life of 16-year-old Estee Ackerman of West Hempstead, a table tennis phenom looking to become the first American to win an Olympic medal in that sport. She aims to qualify for the 2020 Summer Olympics.