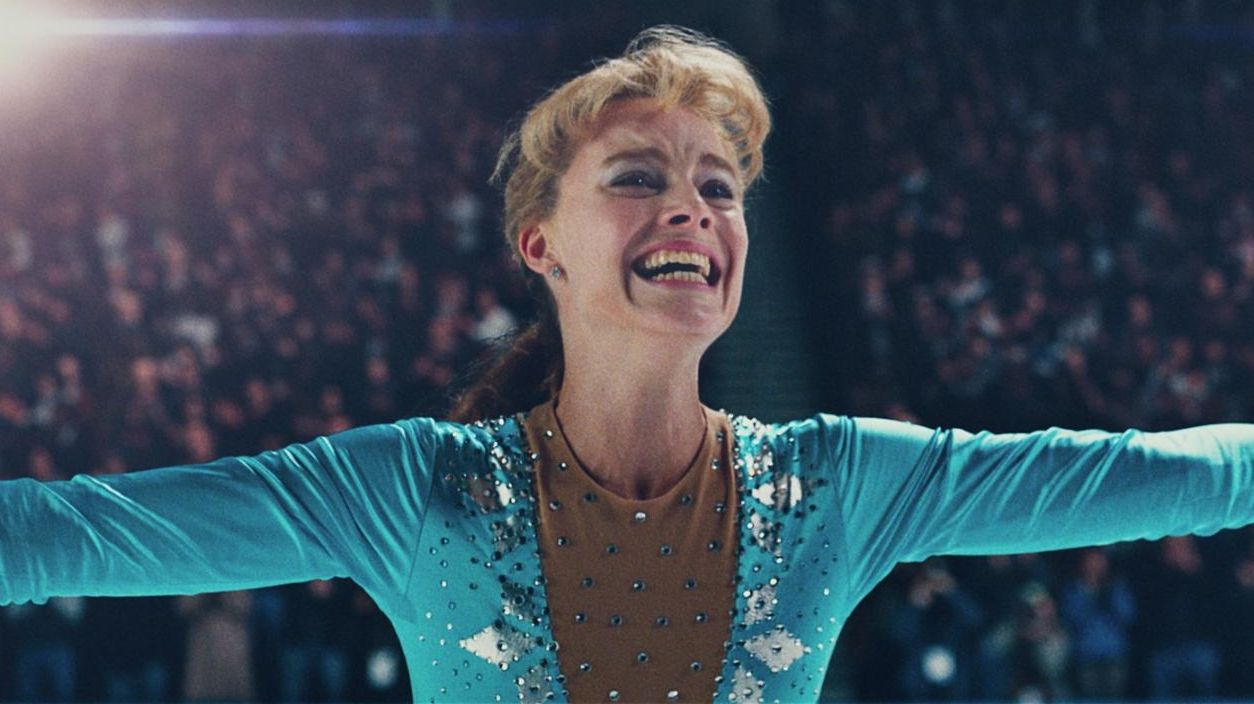 Figure skaters must watch what they eat, given the importance of looking the part, not to mention achieving maximum liftoff on jumps. But bodyguards of figure skaters? Not so much.

So it was that in his scene-stealing supporting role in the film “I, Tonya,” Paul Walter Hauser consumes prodigious quantities of food as Tonya Harding’s alleged protector, Shawn Eckhardt.

The good part is that Hauser learned his lesson when he got his first job in Hollywood, a pilot directed by Sacha Baron Cohen collaborator Larry Charles.

“I played this oafish character who had to eat a wedding cake in one of the scenes,” he said in an interview to promote the digital release of the film on March 2 and its Blu-ray/DVD release on March 13. “I didn’t know you are supposed to spit it out after every take. I ate like 20 percent of this wedding cake.

“Then they brought me a bag. I was like, oh, God, I must look like an absolute Neanderthal. So I learned that, and for this film I did not swallow everything I was chewing, thankfully. And half the stuff they gave me was ice cold. So you’re eating cold nacho cheese and cold barbecue ribs.”

The bad part is that to play Eckhart in the first place, Hauser went from overweight to . . . more overweight.

His current battle has raged since filming concluded last March, but he considers it well worth it for a movie that on March 4 will be up for three Oscars, including Margot Robbie for Best Actress as Harding and Allison Janney for Best Supporting Actress as Harding’s mother, LaVona.

Janney is a favorite for the award. Robbie is not, but simply being nominated as an actress playing a female athlete is an extreme rarity. Hilary Swank is the only Best Actress winner to play an athlete, a boxer in the 2004 film “Million Dollar Baby.”

Hauser said he had a good feeling about the film based on the talent involved, but when he saw it for the first time at the Toronto Film Festival in September, he sensed it was special.

“To be able to say that at the end of the day is incredibly encouraging. But did I think we’d get three Oscar nominations? Not necessarily. That’s amazing. And I think it helps the film to have a shelf life where people will revisit it and they’ll know what’s special about the chances it took and the tone it created.”

That tone is unusual. It seeks to tap the dark comedy in the otherwise serious 1994 episode in which Harding’s rival, Nancy Kerrigan, was clubbed in the knee by an assailant weeks before the Olympic Games in Lillehammer, Norway.

Eckhart, who died at age 40 in 2007 after changing his name to Brian Griffith, admitted being behind a plan to derail Kerrigan and boost Harding. Kerrigan returned to win the silver medal in Norway; Harding finished eighth.

The film does not seek to answer who knew what and when definitively, but it mostly is sympathetic to Harding. The sordid saga lifted that year’s women’s figure skating competition to the highest non-Super Bowl TV rating in sports history.

Eckhardt would spend more than a year in prison. For Hauser, the challenge was playing him in a way that showed respect while conveying his slovenliness and delusions of grandeur.

“I tried to approach it with, how can I honor the material by making this person seem like a real person, but some of the things he’s going to say are going to make you sort of do a spit take,” Hauser said.

“I think severity and sincerity were always part of the recipe. If I was only going for humor or was only trying to make you laugh, it probably wouldn’t have felt as three-dimensional or as real.”

Unlike his fellow actors, Hauser did not have a living person to base his character on.

“I wish it hadn’t have gone that way for the sake of him and his family and those who knew and cared about him,” Hauser said, “but I think as an actor, it was a little bit easier to not have someone you had to meet and sit down with, because I kind of got to make it my own and take a little more ownership of things.”

Hauser, 31, has vague memories of the controversy itself, but he recalls enough of it to have been amazed at how long the story dragged out and how talk and news shows “made not a meal but a feast, a buffet, out of this story” early in the 24/7 news cycle era.

“Right after that was O.J. [Simpson], [Bill] Clinton, and it was what even I knew back then was people trying to make a meal out of an appetizer,” he said. “Now that’s really all we have on the news.”

Robbie, a producer on the film, has been called a peculiar casting choice by some — a glamorous Australian movie star playing a working-class, rough-and-tumble grinder from Oregon.

But Hauser was impressed from the start. Robbie did much of her own skating, but not the advanced jumps. (She also is an avid Rangers fan, by the way.)

“She was a very good skater and she put so much time into her prep work,” Hauser said. “She was doing body work with a body movement coach, taking skating lessons for hours a day every day and also working with an acting coach and a dialect coach. She had voices and facial expressions and body movements for every time period of Tonya.

“I think when I first met Margot on set in the hair and makeup trailer, she was so focused I never wanted to bother her. The first week or so, I barely said a word to her because I was just so intimidated by her focus and what-all she had to do. Sometimes she had to put on three different wigs in one day playing three different ages. That takes a toll.

“But by week two or three, we finally got to hang out and talk, and she’s incredibly funny and cool and such a great collaborator, where I could improvise or ad-lib and she would follow along and start ad-libbing herself. That’s what I like to find.

“When I worked with Sabastian [Stan, who played Harding’s ex-husband, Jeff Gillooly], Margot, anyone like that, I want to get comfortable enough where we can break from the page and just kind of live in it. We found that, thankfully.”