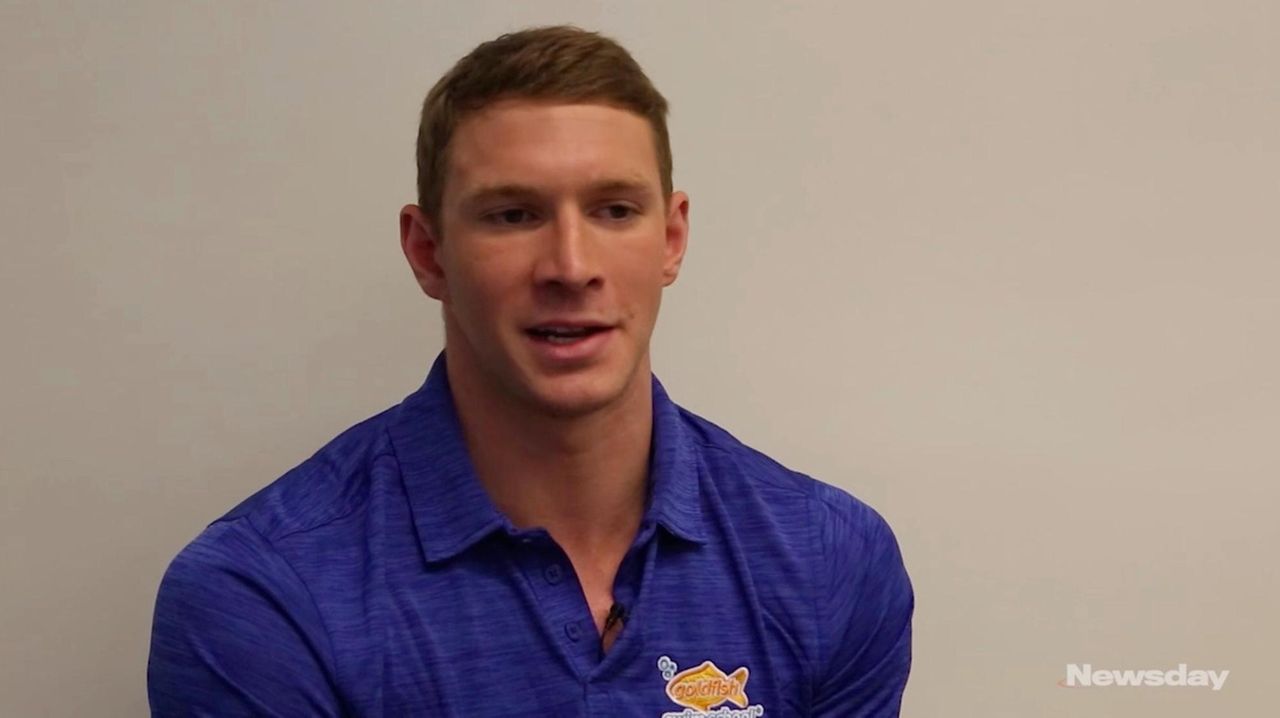 Three-time Olympic gold medalist Ryan Murphy talks about the current state of USA Swimming and his goals for the 2020 Summer Games in Tokyo. Credit: Casey Musarra

On many teams, a 23-year-old would be a rookie, not a veteran.

But after winning an Olympic gold medal in each of the three events he competed in at the 2016 Rio Games as a 21-year-old, USA’s Ryan Murphy has earned that veteran status, and his teammates agree.

“At the short course world championships this past December, I was voted team captain. That’s not something I expected to be doing at the age of 23,” said Murphy, who was in New York on Friday spreading awareness for water safety as a brand ambassador for Goldfish Swim School. “But it’s not something I take lightly. I really am passionate for USA Swimming, and I really want to continue to push forward the amazing legacy we’ve had so far.”

The U.S. historically has dominated in the pool at the Olympics, and that continued in 2016. The men’s and women’s teams combined to medal in 29 out of 32 swimming events in Rio, including 16 golds.

Murphy’s newfound role as a team leader stems from developing a relationship with the most decorated Olympian of all time, Michael Phelps. They both swam on the 4x100-meter relay team that took gold in an Olympic record 3:27.95 at Rio.

“That’s just a dream come true,” Murphy said. “I remember when I was the young kid in 2004, I just turned 9 and Phelps was winning six golds and eight medals at that Olympics, so to be able to swim on a relay with a guy that I grew up watching was an incredible experience and to really be able to cultivate a relationship with someone like him is something that I’m really thankful for.”

“He’s someone I really look up to as a mentor,” Murphy said.

Ryan Murphy is a unique athlete. But his name is fairly common.

Murphy happens to share a name with the creator of hit TV shows “Glee,” “9-1-1,” and “American Horror Story,” among others. The two Ryan Murphys, both of whom have verified accounts on Twitter, have been confused for one another on social media.

“I know exactly when ‘American Horror Story’ starts every year, and that’s not because I’m a watcher of the show,” Murphy, the swimmer, said. “It’s just because people start mentioning me. They’re asking for auditions. To this point, I’ve kind of just ignored it, but maybe I’ll start replying to a couple of them and offering them jobs.”

Murphy is 447 days away from the start of the 2020 Tokyo Games, and after sweeping the podium in 2016, he just wants to keep winning.

Spike Eskin to succeed Chernoff as WFAN program director
Rangers part ways with Quinn and most of his staff
Giants will host Broncos in Week 1
Jets to open season vs. former QB Darnold
New York Mets | Marcus Stroman strikes out five
Knicks squander 10-point lead, lose to Lakers in OT
Didn’t find what you were looking for?