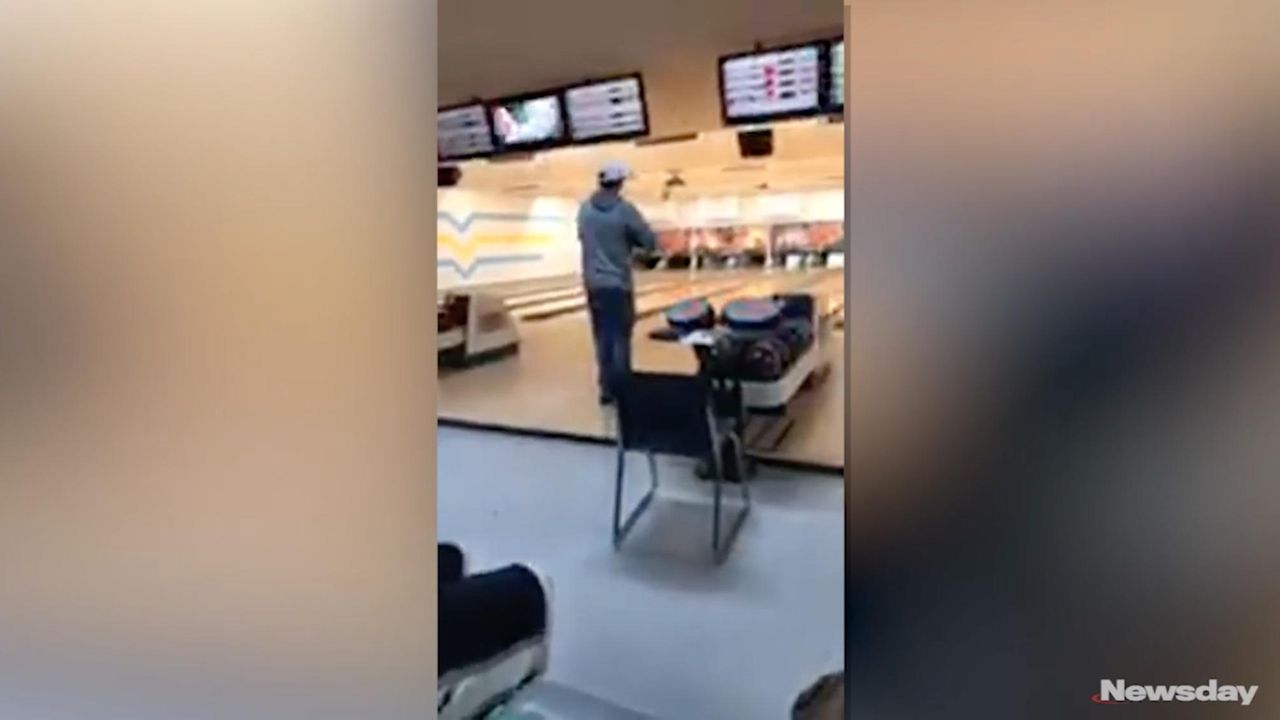 The ball exploded into the pins for the third and final strike of the 10th frame Monday night and East Patchogue’s Joe Novara had accomplished the ultimate bowling feat: a perfect 900 series.

Novara, 26, became the first Long Islander to roll a 900, which requires three straight 300 games — 36 strikes in a row. It is the 34th perfect series during a sanctioned league and approved by the United States Bowling Congress.

“When I let the last one go, I saw it turn over a little bit and I knew it was good,” said Novara, 26, who was mobbed by friends after his 36th consecutive strike for the Send Help team at East Islip Lanes’ Monday Night Invitational League. “Then I got tackled.”

“You could feel the buzz,” said teammate Mike Angelus of Centereach. “It was a big moment. The house record in East Islip was 898. Everyone stopped bowling all around us and came over. Joey said he felt no pressure.”

Novara, who owns the Perfect Fit Pro Shop at Port Jeff Bowl, talked about how working on a 900 in bowling is like pitching a perfect game in baseball.

“Once I got through the ninth frame I knew I was good,” saidNovara, who bowled on two lanes but noted that he felt more comfortable in the left lane — Lane 7 — than the right. “I was totally wired in on that lane and that’s where I threw the final three strikes.”

Novara said he’s bowled more than 150 perfect games in his career and was on the verge of a perfect series on two other occasions and came up just short.

Angelus, 45, said Novara had bowled three perfect games in a four-game series at AMF Sayville Lanes in 2013 for a total pinfall of 1,117, the 279 coming in the third game.

An avid golfer, Novara hopes to conquer that sport someday with a hole-in-one.

In the meantime, the 15-pound, dark blue Roto Grip Hustle Ink ball he used Monday night will be given a place of honor at Novara’s pro shop.

“Oh, I’ll never use that ball again,” he laughed.

Wilpon family donates $40 million to fund Michigan program
Nets get pushed around and beaten by Heat
Barker: Harden not his usual unstoppable self this season
Red Bulls' eight-game unbeaten run ends with loss to D.C. United
Signature moment for Giants' Pettis and his dad, an Astros coach
Harris becomes new Nets' all-time leader in three-pointers
Didn’t find what you were looking for?