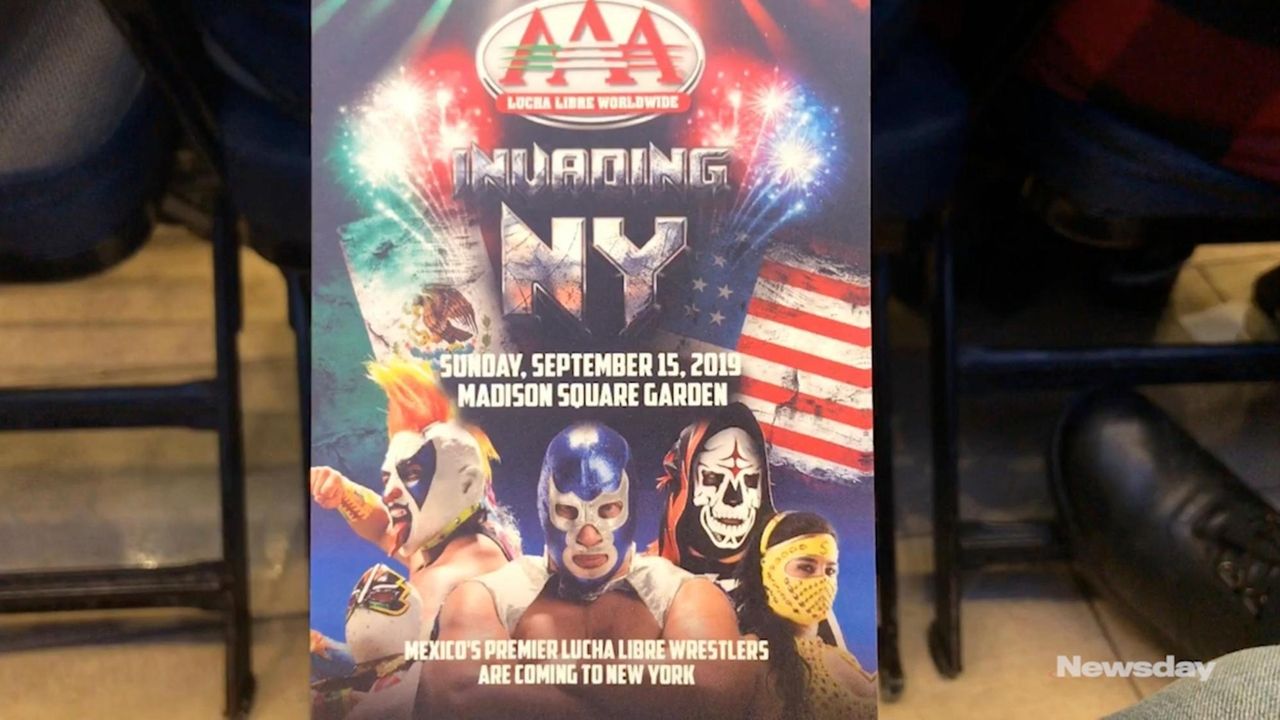 Officials with Lucha Libre AAA announced at a news conference at Madison Square Garden on Thursday that they will be holding the event on Sunday, September 15.

Promoters are counting on the event, which will take place over Mexican Independence Day weekend, to attract fans from around the world. Founded in Mexico City in 1992, Lucha Libre AAA features the acrobatic and colorful wrestling style of the country's masked "luchadors." The organization held an event in New York once before, in what is now the Hulu Theater at MSG, in 1994.

"We anticipate that all of New York’s diverse Hispanic community will join us at Madison Square Garden to enjoy this truly Mexican spectacle in New York’s most iconic sports venue," Lucha Libre AAA managing director Dorian Roldan said in a statement.

Tickets go on sale on May 5. The show will be just the second ever non-WWE pro wrestling event at the Garden, after Saturday's G1 Supercard event promoted by Ring of Honor and New Japan Pro Wrestling.

"We are thrilled to formally welcome Lucha Libre AAA to the Garden on Sunday September 15, for what promises to be another exciting night of professional wrestling at the World’s Most Famous Arena," Dylan Wanagiel, director of sports event for MSG, said.

The announcement came as throngs of wrestling fans converge in the New York area for WrestleMania XXXV, which takes place Sunday at MetLife Stadium.

1:23 Mets' Seth Lugo talks recovery from elbow surgery
Everything is clicking for Nets as they enter All-Star break
Mets notes: Alonso's 'birthday bomb' for Mom, fifth starter race, more
1:38 Garcia, Urshela make spring debuts in a game to forget
Julius Randle 'would definitely love' to be a Knick long term
SNY to simulcast WFAN's 'Carton and Roberts'
Didn’t find what you were looking for?