New York City FC midfielder Maxi Moralez celebrates during the club's 3-1 victory over Toronto FC in the MLS is Back Tournament Round of 16 on Sunday, July 26, 2020. Credit: Major League Soccer LLC

From the view outside the bubble, New York City FC seems to have flipped a switch entering the quarterfinals of the MLS is Back Tournament.

After four league losses and a 1-5-0 overall start to open 2020, including two group stage defeats in the Orlando bubble, NYCFC put together a pair of wins that has the club three victories away from its first trophy, sliding by Inter Miami in its final group match before a thorough decimation of Toronto FC in the Round of 16.

But from NYCFC’s view inside the bubble, the victories aren’t about any sudden or major changes, they are just a matter of the results catching up to their performances thanks to a higher level of execution and a few bounces going their way.

“It’s not that black and white like you journalists often have,” said NYCFC coach Ronny Deila. “When we played Philadelphia, they had one goal chance and they scored. And we had more than them, and also against Orlando we had more than them, but we had a bad start. And we played a fantastic game against Tigres when we lost at home. So I see behind the results, and I see good performances all the way as well, but we haven’t been effective enough.” 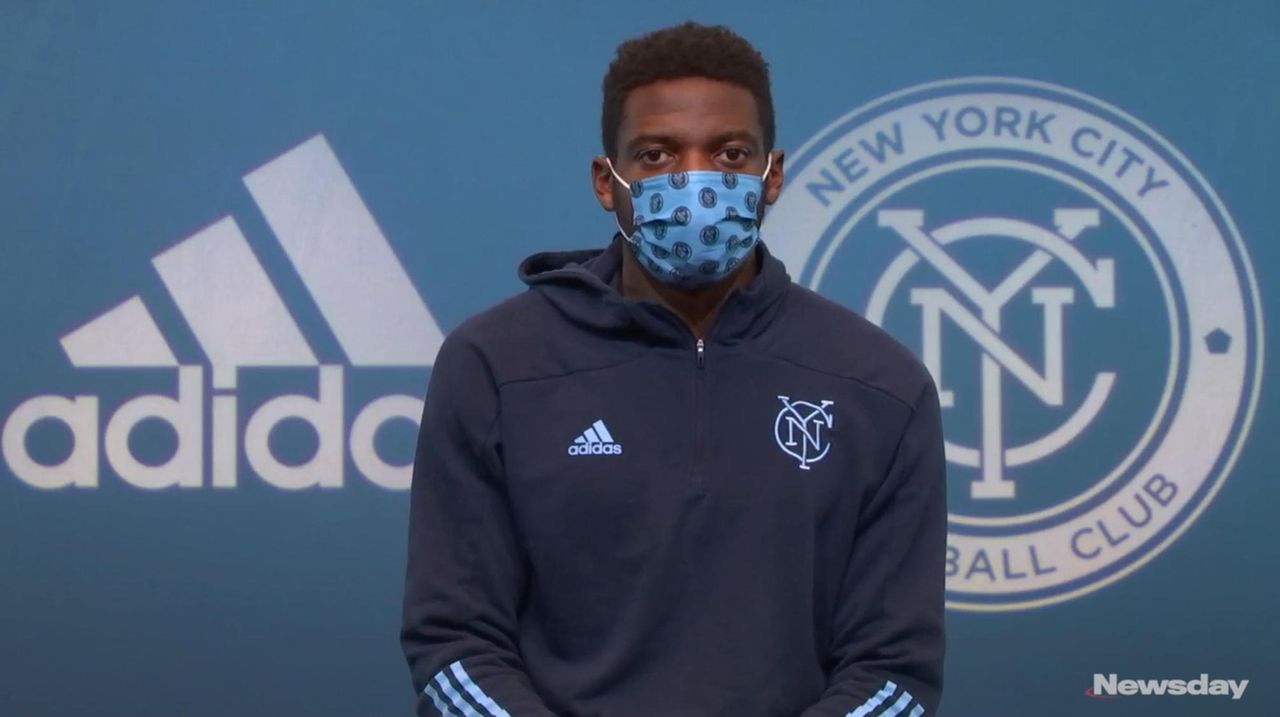 NYCFC's Johnson talks club's 'humbling' struggles ahead of MLS is Back quarters New York City FC goalkeeper Sean Johnson spoke Thursday ahead of the club's quarterfinal match against the Portland Timbers in the MLS is Back Tournament. Johnson discussed how the team learned from its losing streak in league play to begin 2020, as well as how past knockout experiences could help them against Portland. Credit: Major League Soccer LLC; Photos: NYCFC / Katie Cahalin

Yet another good performance will be required for bubble life to continue for NYCFC, who will face the Portland Timbers in the quarterfinals at 10:30 p.m. Saturday. The winner advances to a semifinal match with the Philadelphia Union, who beat NYCFC 1-0 in their MLS is Back opener.

While Deila believes the results have caught up to the performances for City, the Norwegian coach isn’t satisfied just yet.

“We need to improve things all the time, and I think we have improved and now we’re also getting the results, but everything is not perfect now either,” Deila said. “We really need to keep on working, keep getting better. It’s more easy to work when you’re winning, and we want to keep on doing that.”

It may be a matter of results matching performances, but one other factor has changed for NYCFC — Maxi Moralez.

The attacking midfielder was injured in City’s group stage opening loss to Philadelphia and was feared to be out for weeks. Instead he’s made a quick recovery, first making a late cameo against Miami before playing a key role in the 3-1 win over Toronto. While he was not in the starting 11, he entered for an injured Ismael Tajouri-Shradi in the first half and gave the City attack a new dynamic, assisting on the club’s second goal of the match and scoring the club’s third.

Moralez has spent much of the tournament watching from the sideline, and he’s seen much of the same as Deila, echoing the coach’s sentiment on the team’s early performances.

“The truth is, we had a tough group stage, we did play well but we didn’t have positive results,” Moralez said through a translator. “In those first two games it wasn’t a good outcome for us, it wasn’t just, but little by little we were able to get confidence.

“Against Toronto we played equally as we did before, but the difference was we were able to convert our chances, so we were superior in that game. We know that for the game against Portland, we need to concentrate really well because Portland’s a good team. Whoever is able to control the ball and convert the chances in this game will be the winner.”

Moralez said he’s feeling healthy and hopes to be 100% by kickoff. Deila hopes to make full use of his highest-profile player, but believes there will be more to the match than the Argentine’s presence.

“We want Maxi for 90 minutes, but we know also that we can win games without him. We’ve shown that earlier in the season and we’ve shown that again now. That’s a strength for us,” Deila said. “When Maxi is like he is now when he comes on, he is one of the best players in the league, and we need him 100% fit and ready for games. We have somebody who can do something extra, but at the same time we have to have that team effort and the discipline and the desire to win football games and to run and to fight for each other. And that’s what we saw the last two games.”

MLS is Back Tournament quarterfinals

Islanders legend Clark Gillies dead at 67
Rangers' Georgiev leads off in goal in first half of back-to-back
Rangers fall behind early, can't catch up against Hurricanes
Parcells believes Schoen is right man for job
Isles try to keep things fresh as seven-game homestand begins
Miller growing into role on Rangers' blue line
Didn’t find what you were looking for?