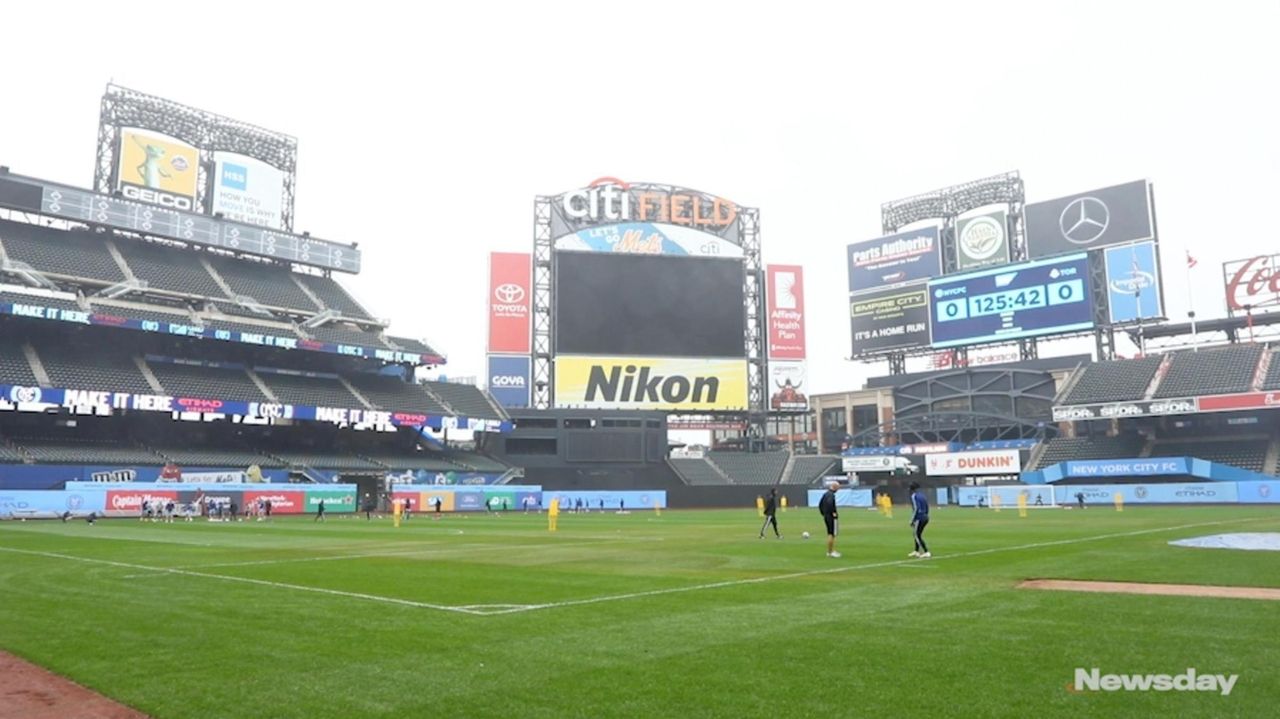 With a long gap between New York City FC’s regular season finale earlier this month and its playoff opener against Toronto FC on Wednesday, head coach Domènec Torrent wanted a true MLS-quality experience for his squad in the interim, scheduling a scrimmage with the Chicago Fire last week.

For better or worse, Torrent and the players got as true an MLS experience as possible.

“It was good to play against Chicago because the feeling was much better, they competed and Chicago [competed] as well,” Torrent said. “It was a tough, tough game, but it’s the best way to prepare for a game against Toronto is to play Chicago, an MLS team.

“After that, you know what happened at the airport?” Torrent asked with a smile. “We canceled the flight and we have to return one day after, but it’s MLS.”

The bumpy trip — a common occurance for teams across the league — was emblematic of the quirkiness surrounding Wednesday’s match, among the biggest in club history. NYCFC hosts Toronto in the Eastern Conference semifinal after earning a first-round bye and homefield advantage in the East with the No. 1 seed in a club-record season. But with the Yankees making a run to the ALCS, NYCFC was forced out of Yankee Stadium and across town to Citi Field for its playoff opener.

NYCFC trained at the home of the Mets on Tuesday, getting acclimated to the playing surface and sightlines, but Torrent didn’t want to focus on the shift in venue.

This is NYCFC’s second game at Citi Field in the club’s five seasons, having hosted Columbus in Queens back in 2017 for the final game of the regular season during another Yankees playoff run.

“From an aesthetic standpoint it’s obviously a different stadium, but playing on this field with our fans in this stadium, it’s going to feel like home,” said goalkeeper Sean Johnson. “Obviously we trained today and got a good feel for the pitch. I think the pitch is in great condition going into tomorrow. We’re going to go into it the same way, it’s not going to be any different.”

City will have the chance to return home to Yankee Stadium for the conference final, but first they’ll need to get by Toronto in the new MLS playoff format. After years of mostly two-legged ties deciding who advances to the next round, this postseason is entirely composed of single-elimination knockout games complete with extra time and penalties if necessary, rewarding teams that secured homefield advantage. The first round of the new format featured three games needing extra time, but just one road team coming out on top.

“I like it, I think [being] home is really important, especially in this format,” said captain Alexander Ring. “I think it’s been very entertaining to watch as a spectator, I don’t know how it was on the pitch, probably a bit nerve-wracking, but I think you can see that there’s a lot at stake, been good games, good tempo, really intense, that’s how a playoff game should be.”

Johnson said teams need to take a different mentality in these playoffs without the security of a second game to make up for a poor initial result.