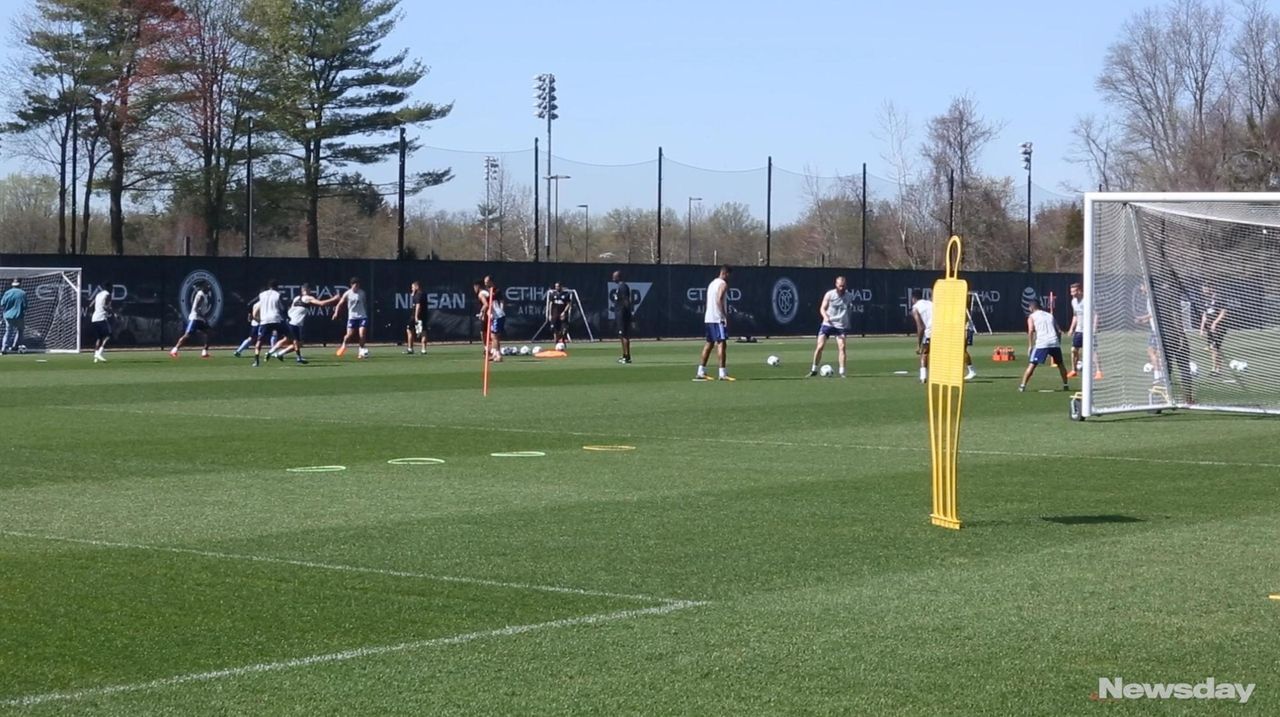 This season's first Hudson River Derby takes place on May 5, 2018 at Red Bull Arena in Harison, New Jersey, and NYCFC is eager for their first of three showdowns with the rival Red Bulls this season. Credit: Newsday / Ryan Gerbosi

New York City FC took seven points from the Red Bulls over three MLS matches a season ago, finishing seven points clear of its rivals at the end of the regular season.

Entering the year’s first Hudson River Derby with his team atop the Eastern Conference standings, Vieira said the club has not yet surpassed the Red Bulls, but it’s getting close in the club’s fourth season in MLS.

“I’m not going to say we surpassed them, but I think we have the team to compete against them because I believe that they are part of the favorite of the league because of what they’ve been achieving the past couple of years,” Vieira said. “I think the last two years, we’ve built teams to challenge those teams. I don’t say that we’ve surpassed them, I just say we have the teams to compete against them.”

After losing five of their first six MLS meetings, City is unbeaten in its last three against the Red Bulls, winning both home and away before a draw at Red Bull Arena to close last season’s series.

“I think the differences were overall, as a team we improved,” said Vieira. “The first year, of course, I think they had a few years in front of us. I think through the years, with the way we’ve built the teams, we’ve closed the gap. We have a good team that’s allowed us to challenge them.”

NYCFC defender Ben Sweat said he hasn’t watched too much of the Red Bulls this season, but he believes the teams match up well at this point in the year.

“We’re both playing well this year and they’ve got a good team, but so do we,” said Sweat. “We’re going to prepare all week for what we have to do and our game plan and we’re going to out there and execute it to the best of our abilities and at the end of the day, as long as we give 110 percent, we’ll see what the result is.”

Sweat got his first taste of the Hudson River Derby last season, scoring his first MLS goal on a header during a 2-0 City win at Yankee Stadium last June.

“Every match is the same for us, but when we’re up against the Red Bulls, there’s a little more bite, a little more grit,” Sweat said. “Crosstown rivals, anywhere in the world, it’s a big match and it’s going to be more physical, more energy, whether we’re home or away. So we’re really looking forward to this first meet-and-greet of the year and we’re just going to be praying, preparing all week for it.”

Vieira said he doesn’t want his team worrying too much about what the Red Bulls will do, but acknowledged the challenge of slowing down one of the most aggressive teams in MLS.

“Knowing how the Red Bulls play and how aggressive they are, especially closing people down, we have to take that into consideration,” Vieira said. “But our main focus is about ourselves, how we need to improve, because our philosophy and the way we need to play doesn’t change.”