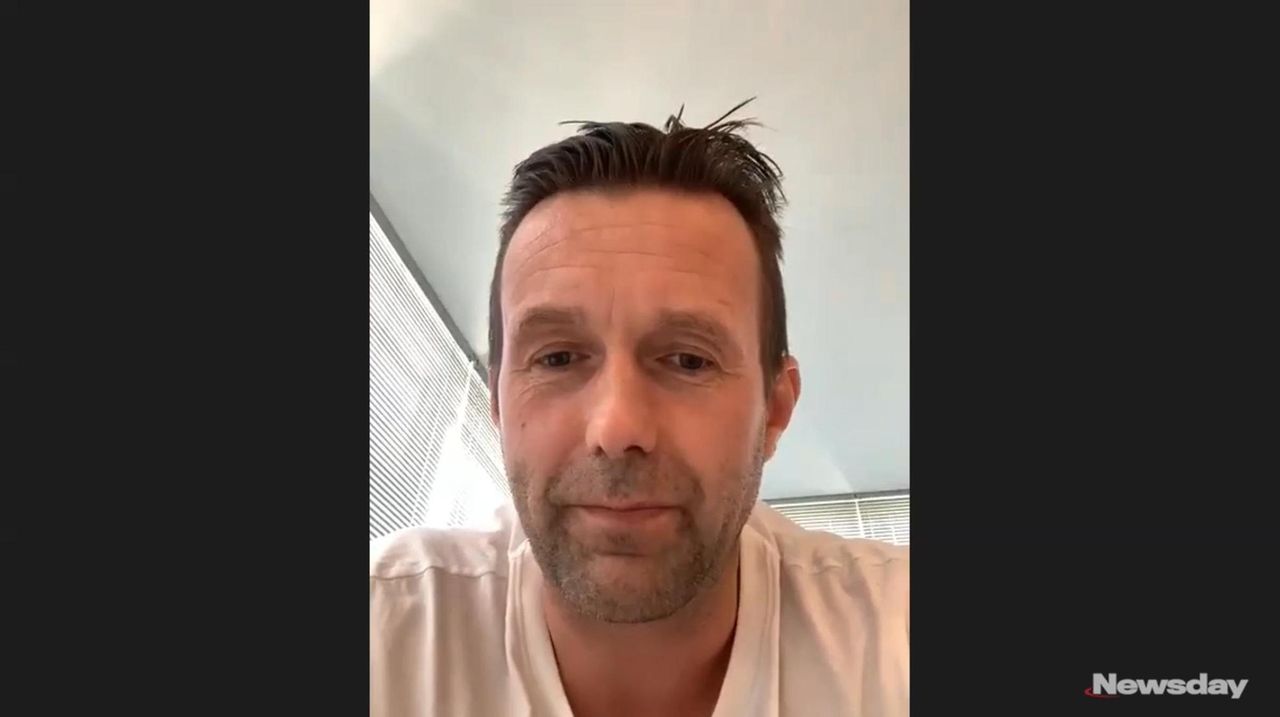 New York City FC coach Ronny Deila participated in a video conference with members of the press, discussing what an eventual return to action without fans could look like, as well as the potential impact of sports on the community during the coronavirus crisis on Wednesday, April 15, 2020. Credit: Newsday / Ryan Gerbosi

Major League Soccer’s exponential growth over the past decade has been fueled by a characteristic unique to the league among its North American competitors — its boisterous fan experience.

The tifos. The drums. The songs. All hard to find at most stadiums and arenas around the continent, but fixtures at nearly every MLS match in the current era, providing a constant energy for players to feed off.

So what happens if those fans can’t come through the doors to fuel their favorites on the field?

“Of course, for me, we play football because of the fans,” New York City FC coach Ronny Deila said. “We love the game, but also it’s something special when you have the fans there.”

Deila’s first season in charge of NYCFC is on hold while the country figures out how to re-open while managing the COVID-19 crisis, a curveball for the Norwegian coach still learning the ins-and-outs of life in MLS. With Dr. Anthony Fauci, the nation’s leading infectious disease expert, saying Wednesday that sports could return this summer under certain circumstances, no fans in the stands might be the new reality for MLS clubs.

If that’s what it takes to responsibly get NYCFC matches underway, it’ll be just fine for Deila.

“First of all, the safety is the most important thing,” Deila said Wednesday on a video conference call. “We can talk about sports and the culture, but to stay alive is the most important, and that people feel safe. So I understand that if that’s how it is, then we have to make the best out of the situation.”

Getting back on the field behind closed doors may be the best option for MLS, but it still will be bizarre, Deila said.

“That’s going to be very strange and awkward to play without them, but it’s going to be a new experience,” Deila said. “I understand everything and hopefully things will get much better and we can start playing with fans as quickly as possible. If it doesn’t happen this year, then we have to do everything we can to give the TV viewers and the fans a lot of games and something to watch on television.”

On Tuesday, MLS released a statement saying the league’s return date had been pushed back from mid-May, but did not give a new target. When the league does set a date to return, Deila believes there will be an adjustment period before players regain match fitness after an extended period without live play.

“With an injury, if they’re out for eight weeks, it takes four weeks to get back [to match fitness], about half of the time,” Deila said. “So it depends how long a time we go, if we go 1 ½ months, we need three or four weeks to get going. Having said that, everybody is in the same position. So if we are not match fit, the others won’t be match fit either. Then we have to see who’s best to play unfit and play yourself into a rhythm.

“I don’t see that it’s going to be any different from being 2 ½ months away [in the offseason] to what will happen now. I think if we get training during May, I think in four or five weeks we should be ready to play games again.”

A hopeful ‘if’ that fans can cheer for, even if they won’t be heard this season.