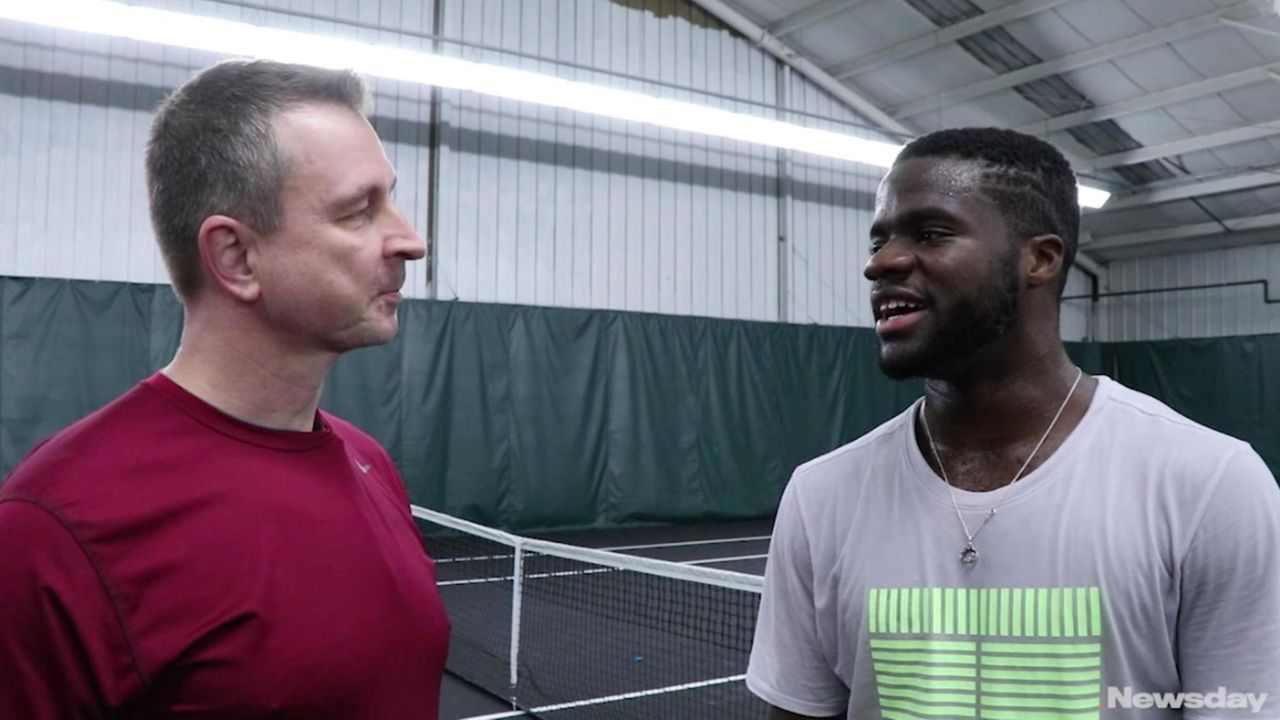 Frances Tiafoe can remember the New York Open for a series of firsts. It’s his first time playing in the inaugural event, it’s where he won his first Tour level match of the season on Monday, and on Thursday he won his second match to reach an ATP quarterfinal for the first time.

Tiafoe defeated veteran Dudi Sela, 6-4, 3-6, 6-0, on the black court at NYCB Live’s Nassau Coliseum, finding a spark in the third set after Sela had swung the momentum in the second.

While he plays a power game, the slowish courts in the Coliseum worked to Tiafoe’s advantage.

“They are really slow, balls are getting heavy,” Tiafoe said. “But for me it’s good, I have time to set up and wind up so it helps me a lot.”

The 20-year-old from Maryland is considered one of America’s best and brightest. His story is appealing — the son of immigrants from Sierra Leone who took up the game at a tennis facility his father had helped build as a laborer and then became the maintenance man. He became the No. 1 junior and won the prestigious Orange Bowl in 2013.

But now it’s a case of learning how to win as a pro.

“In juniors you come out and hit the great shots, try to make the highlight reels,” Tiafoe said. “If you think you can do it that way [as a pro], then you come up short. Sometimes you got to get it done ugly. You have long rallies and you don’t have to be in the ESPN top 10, just get it done. That’s what I tried to do in the third [set]. There was no pretty stuff.”

Well, there was a little. He’s got a forehand drop shot that can be effective and it worked against Sela for most of the first two sets, though his serve was broken in the second set on one. He abandoned the shot for the third set.

“Today my hands were soft. Guess I put some good Nivea on this morning,” he said, explaining his drop shot success. “He’s running things down side to side, going farther and farther back, so I thought I could bring a couple of these. Worked almost every time except the one I got broken.”

“It was great to have an experience like that. The way [Federer’s] playing right now it doesn’t look like he’s leaving the sport anytime soon,” Tiafoe said. “The U.S. Open really helped me a lot and gave me a lot of confidence that I can beat anyone on a given day. How do I bring that every day is the question. That’s what I’m working toward every day. Having high intensity.”

He summoned that against Sela.

“You have one set, leave it all on the line,” Tiafoe said. “I’m actually a little sick and was feeling that a little bit in the second set. [But] give me everything for one set, you can do that even if you are under the weather. I played big, took risks and I got hot.”

And moved on to meet Kevin Anderson in Friday night’s late match.

Stephenson: Fox getting tougher, and having Reaves as backup helps
Rangers' Panarin fined $5G for throwing glove at Marchand
NHL postpones at least two Isles games due to COVID-19 outbreak
Strahan remains an icon for current Giants players
Jets' Zach Wilson: 'I feel like I'm going in the right direction'
Jets continue mantra: We must cash in on opportunities
Didn’t find what you were looking for?