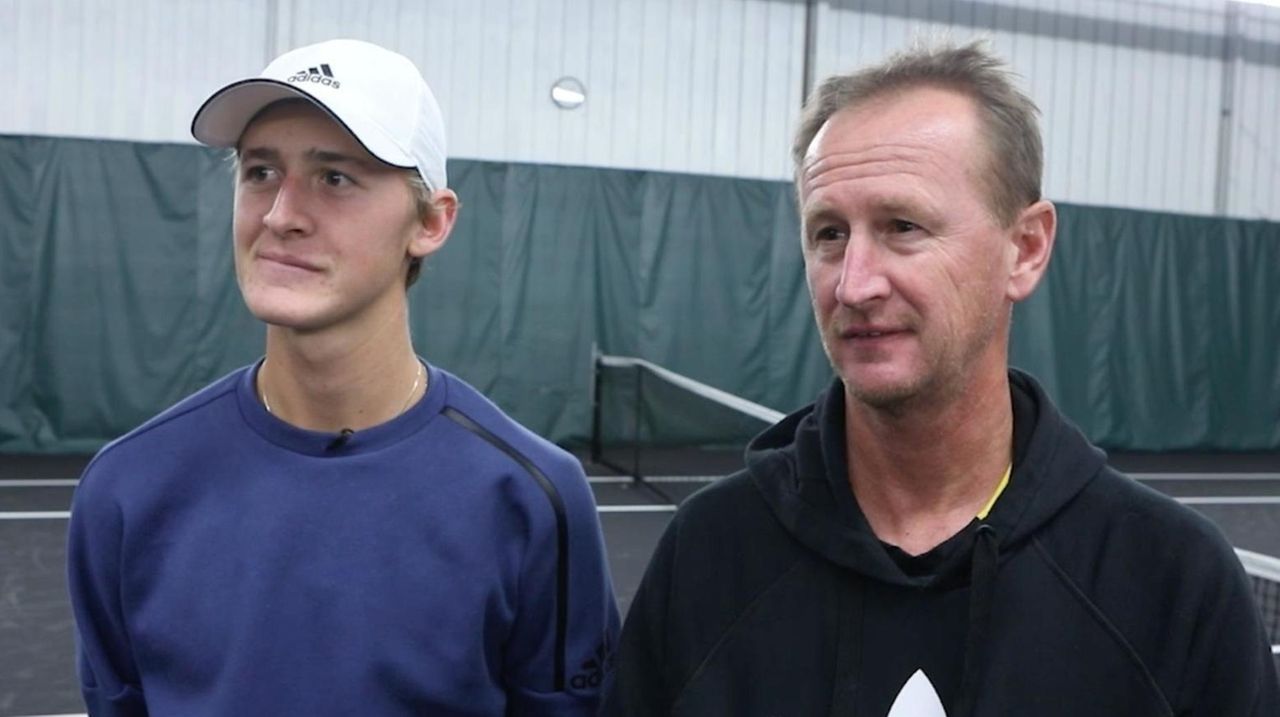 Top-ranked Juniors player Sebastian Korda will be playing at the NY Open at NYCB Live's Nassau Coliseum. The tournament is being held close to where his father, Petr, won the Hamlet Cup crown in Commack in 1992. Credit: Jessica Rotkiewicz

Petr Korda didn’t travel with his son to the Australian Open this year. It was the 20th anniversary of Korda’s Grand Slam victory in Melbourne, but he didn’t want that achievement to overshadow anything that his 17-year-old son Sebastian might accomplish.

And boy, did Sebastian accomplish a lot. He won the junior boys singles title and ascended to No. 1 junior in the world in the International Tennis Federation rankings.

This week, Sebi, as he is known, is taking another big step, playing on a wild card in the inaugural New York Open at NYCB Live’s Nassau Coliseum. It is his first ATP Tour level tournament in the main draw and he will face fellow American Frances Tiafoe in the second match on Monday night.

“Definitely going to be special,” said Sebi after practicing at Carefree Racquet Club in North Merrick the other day. “My dad won a tournament here on Long Island so it’s going to be an awfully good experience for me.”

Petr, a native of the Czech Republic, was a top flight ATP Tour player who had among his victories a rout of Ivan Lendl in the 1992 Hamlet Cup in Commack. The height of his career was the Australia Open title, but now it’s about his children’s careers.

Korda and his wife, Regina Rajchrtova, also a pro tennis player from the Czech Republic, have set up residence in Florida and all three of their children are American.

His two daughters, Nelly and Jessica, play golf on the LPGA Tour and Korda has caddied for them going back to their initial forays on the circuit. Jessica won the 2012 women’s Australian Open.

Petr, who always has been Sebi’s primary coach, has traveled to Long Island for his offspring’s debut on the ATP Tour. Father and son are both lean and angular, with 6-5 Sebi two inches taller than his dad. His father was a lefty with a one-handed backhand. Sebi is a righty with a two-hander. The father was an aggressive player who could serve and volley. While Sebi doesn’t do that much, he tries to get to the net when he can.

“Like my dad, I want to be aggressive,” Sebi said. And like his dad, he did a scissors kick in celebration of his junior boys victory in Australia, just like Jessica did when she won the Australian Open title.

But Sebi didn’t start out like his dad. The Kordas shared time between Florida and the Czech Republic when Sebi was young and he took up ice hockey, his primary sport until the age of 10.

“In 2009 my dad coached Radek Stepanek and he made the round of 16 and lost to Novak Djokovic on Arthur Ashe Stadium around 11 o’clock at night,” said Sebi, who was not on that trip. “I kind of fell in love with it then. The atmosphere was so special, exciting, I told myself to switch.”

Said Petr: “When we came back from the U.S. Open, he said, ‘Dad, I don’t want to play hockey anymore.’ He did not skate ever since. Since he was three years old he had been skating five times a week. It was probably the right choice.”

It is a choice that Sebi says will lead him to become a pro, likely forgoing college. And his father is quite happy about his own choice of not traveling to Australia this year. “I felt very strongly about it, and I’m happy I didn’t go,” Petr said. “He really wrote his own story Down Under.”

Popper: Kemba stays positive despite role change
Isles rank last in the NHL in goals scored
Can NYCFC finally capture New York's attention with MLS Cup in sight?
Judge, Flores and their staffs know each other very, very well
Not much Cashman can say about the Yankees
An old friend returns to Brooklyn and brings defensive matchup concerns
Didn’t find what you were looking for?