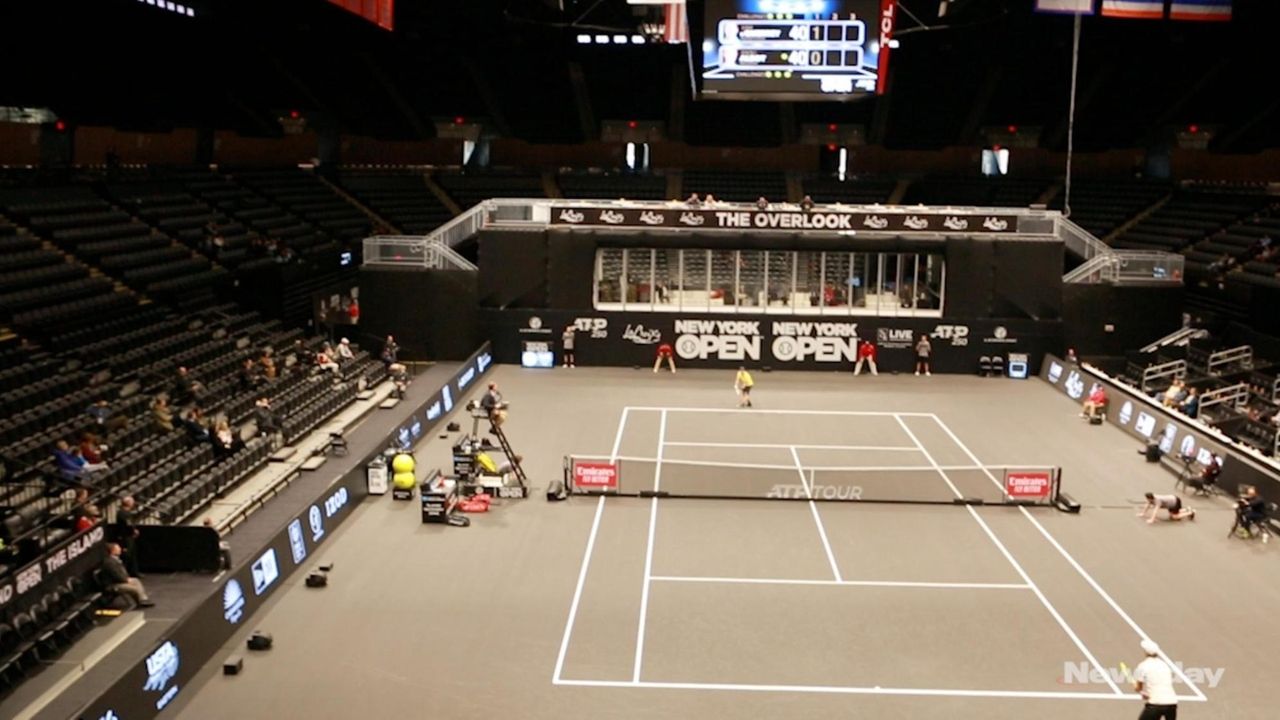 On Thursday, No. 6-seed Sam Querrey discussed his win over Radu Albot at the New York Open and how he plans to sustain his success as he advances to the quarterfinals. Credit: Newsday / Shelby Knowles

Sam Querrey reached the final of the inaugural New York Open last February, losing to Kevin Anderson in the final.

For Querrey, that was as good as it would get in 2018. His ranking rose to a career high No. 11 by the end of last February, but by the end of the year, after a number of first-round losses and other untimely exits, his ranking had nosedived.

On Thursday, as now the No. 49 player in the world, Querrey dispatched the pesky Radu Albot to advance to the quarterfinals of the New York Open at NYCB Live’s Nassau Coliseum.

He was efficient and effective in his 6-3, 6-4 win over Albot, something he wasn’t during most of the 2018 season.

“I served great and feel I played well from the ground and returned well,” Querrey said. “All around, probably my best match of the year and I’m pretty happy with that.”

Fact is it’s only his fifth match of the year. He went out in the second round at Sydney, Australia, then the first round of the Australian Open. He won his opening match here over Lloyd Harris.

“I need to string together more matches,” Querrey said. “I was a little inconsistent last year. A lot of times I feel I play better the more matches I win. I play better and better as I get into a tournament. I’m happy to get two wins already.”

Just getting two wins in a row was problem for Querrey in 2018 and he went down to some pretty low-ranked players, including No. 301 Egor Gerasimov in three sets at Los Cabos, Mexico, a tournament where he was the defending champion. He lost that 7-6 in a third, which became a theme for him in 2018.

“I lost probably seven matches 7-6 in the third,” Querrey said. “It hurt my confidence a little bit. Strategically, I probably did some things incorrectly, but it’s a new year, a new start so I’m hoping to put those behind me and come out on the other side of those 7-6s and have a better year.”

At least the memories from last year’s New York Open final on the black courts at the Coliseum are a distinct positive, even though he did lose 7-6 in the third to Anderson.

“The facility couldn’t be better,” Querrey said. “The site is first-class. The court is cool, it’s fun, it’s different, it’s new. I hope some more indoor tournaments adapt to this black court. It’s great for players and great for fans.”