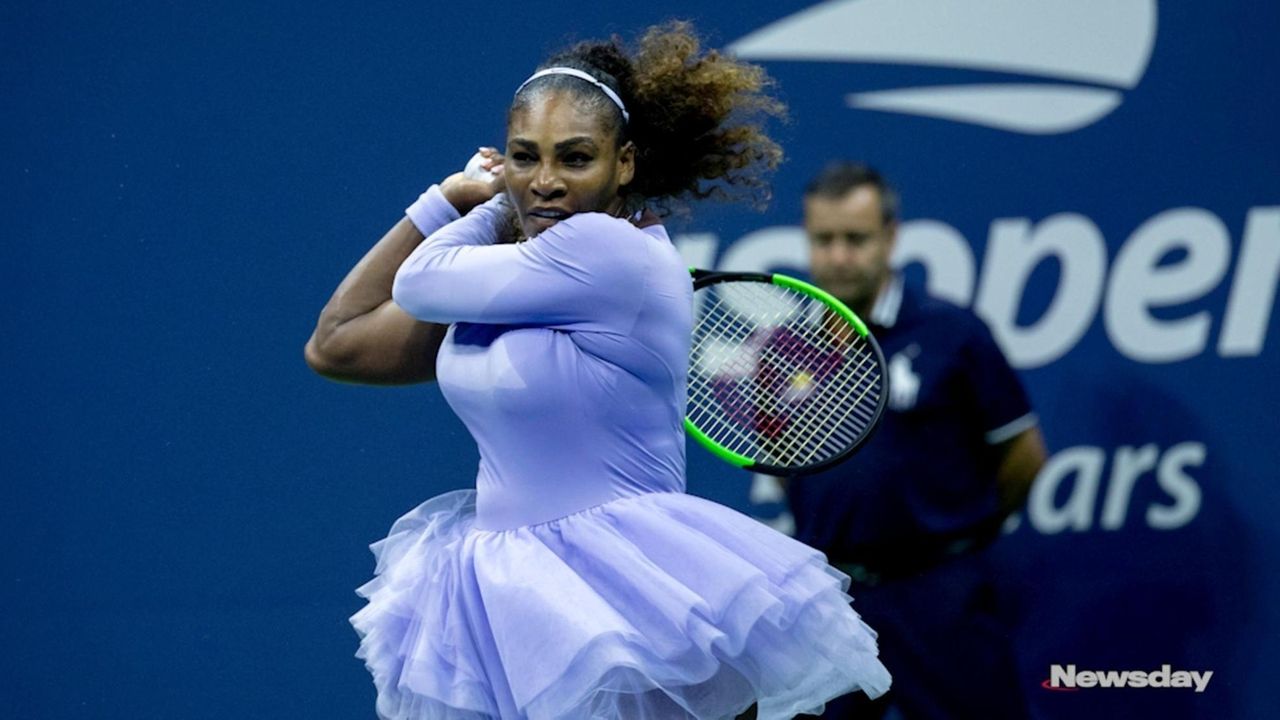 “I feel like everything is just different in terms of I’m living a different life, I’m playing the U.S. Open as a mom,” Serena Williams said before this Open began. “It’s just new and it’s fresh.”

Whatever she was feeling as she began play here as the 17th seed, it seems just like vintage Serena Williams right now. The same impenetrable serve, the same penetrating forehand, the same unbreakable desire.

And there she was on Arthur Ashe Stadium court on Thursday night, gliding around in what she calls her magical fairy dress, doing magical things, being magical Serena.

With every part of her arsenal in full flight, Williams ran through Anastasija Sevastova in the first semifinal, 6-3, 6-0, in 66 very efficient minutes. She reached Saturday’s final against Naomi Osaka, who defeated Madison Keys in the late match, 6-2, 6-4. Osaka is the first Japanese woman to reach a Grand Slam final.

“Like I said, this is just the beginning of my return,” Williams said. “I’m still on the way up.”

At 37, and a year after giving birth to daughter Alexis Olympia, Williams covered the court like a teen and had the crowd firmly in her corner, louder than usual because the roof was closed with rain in the area. The Ashe fans often get behind an underdog because they want to see a third set, more tennis. On Thursday they just wanted to see more Serena.

Williams’ serve was predictably effective, but her court movement and her aggressiveness were her best weapons. She came to the net 28 times and won 24 points. She smacked 31 winners to Sevastova’s 10.

“I needed to get to the net a little bit more. I know how to play at the net,” Williams said. “I have great volleys or else I wouldn’t have won so many Grand Slam doubles titles. I know how to do it. It’s just the fact of turning it on and actually doing it. Somehow it worked tonight. I actually did it.”

Williams is in search of her seventh Open title, the last one coming in 2014, and her 24th Grand Slam singles championship overall, which would tie her with Margaret Smith Court for the most in the Open era.

She has powered through the tournament the way she often has, winning all but one of her six matches in two sets, including the demolition of her sister in the third round, a match that Venus called the best that Serena had played against her. The one three-setter was an odd affair against Kaia Kanepi in which Serena won the opening set 6-0. Altogether she has spent 7:37 on court, pretty much minimal exposure to the heat that has forced the USTA to implement its extreme heat policy for much of the tournament.

Sevastova is from the Latvian city of Liepaja, a city now best known as the hometown of Knicks star Kristaps Porzingis. Sevastova retired in 2013 because of injuries, returned in 2015 and at age 28 has reached a new height, though Williams made sure she wasn’t going further.

Osaka, who beat Williams in Miami in March when she came back from maternity leave, saved 13 break points against Keys. The key to that determination?

Said Osaka, “I was thinking I just really want to play Serena.”